Home Ideology Genuine Norse beliefs and those of political larpers

IDEOLOGY. The Icelander Ríkharður Magnússon discusses our Old Norse beliefs and the ways in which they have been distorted in the modern era. 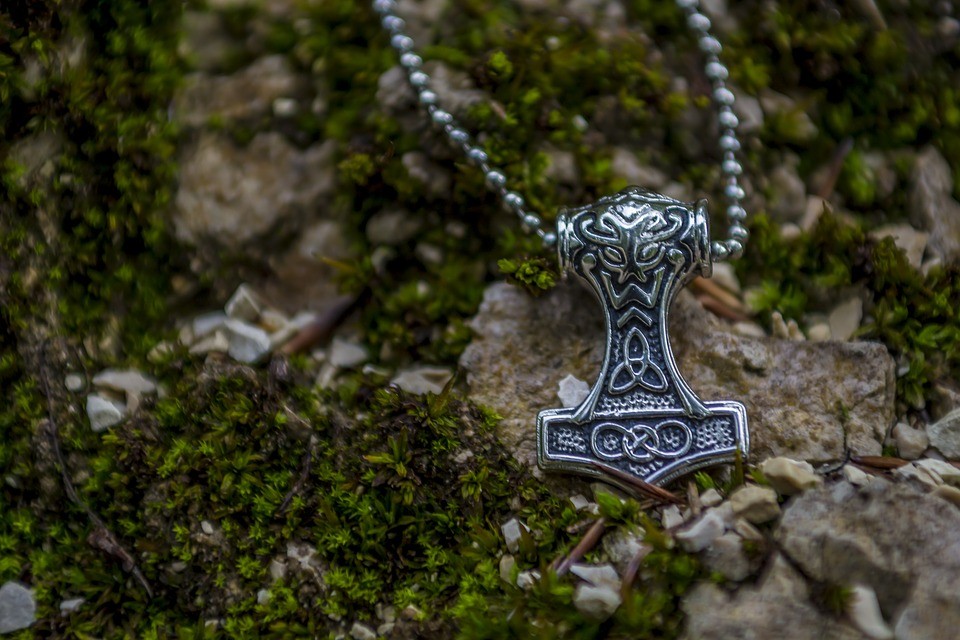 I won’t delve deeply into the Old Norse beliefs in this article; rather the purpose here is to confront and clear up some of the distortions and false information used to slander these beliefs both in Iceland and abroad. The aim of slandering the Norse religion is to undermine the common history and culture of our Nordic peoples by mixing it with elements of Cultural Marxist brainwashing.

Much has been written about the Norse gods, and there is plenty of material to be found on the subject. Many things are well known about the customs of the Nordic and Germanic tribes, but there are still some things that are unclear. Most people probably know that the Nordic peoples believed in the Æsir during the Viking Age. What is perhaps less known is that their kinsfolk from the other Germanic tribes believed in the very same gods for centuries (perhaps even millennia). They referred to Odin as Wotan, and Thor as Donnar. 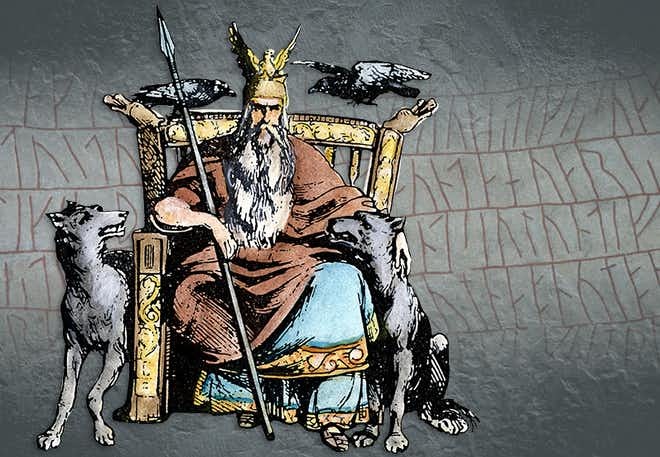 The Germanic tribes were forcibly Christianized by means of deceit and violence after the fall of the Roman Empire. It could also be said that the shift in religion was partly responsible for the fall of Rome. People in the Nordic lands were Christianized much later. Thorgeir Ljosvetningargodi (a high priest from the lake Ljósavatn) decided that Iceland would become a Christian nation in the year 1000, but people secretly continued to worship the old gods. Olaf Tryggvason became the Christian ruler of Norway in 995, and Harald Bluetooth of Denmark was baptized in 965. The Swedes were officially Christianized after Olof Skötkonung was baptized in 1008, although Christianity still didn’t make a full breakthrough until sometime in the 1200s.

For a long time after the Christianization, and to some extent even until today, the peoples of the Nordic countries maintained their traditions originating from the Old Norse beliefs, like Christmas (Yuletide) and several other holidays. Our beliefs and traditions have been preserved thanks to the Edda by Snorri Sturluson, the Havamal and many other books and poems. The book Germania, dealing with the Germanic tribes, by the Roman historian Tacitus, is also worth mentioning.

Christianity played a large part in destroying our old beliefs by distorting them and banning aspects of them in order to force heathen men into submission. One of many examples of this is the claim that Christian monks from Ireland had settled the island of Papey (southeast of Iceland) before the heathens settled Iceland. This is very unlikely, since archeologists have found no remains from this time period.

The distortions of our Old Norse beliefs continue to this day, but nowadays mostly by means of Cultural Marxism, wherein the obvious purpose is to undermine the history and culture of the Nordic and Germanic peoples. Prominent members of the Icelandic Asatru assembly are highly culpable in this regard, by making amateurish statements, interpretations and fanciful metaphors in relation to our Old Norse faith. Things have gotten worse in recent years after a wave of “brothers in faith” arose in the wake of the TV show Vikings. Now a lot of people think they can lay claim to our Old Norse beliefs after spitting in a cup from “23andme” and seeing traces of Nordic DNA. The term “brothers in faith” refers to people falling into each other’s arms and calling one another “brothers” and “sisters” because of their newfound religious beliefs; but in reality they have no, or very vague, ancestral ties to the Old Norse religion.

Now Marxist “equality” has been added to the mix, and many Lagerthas (the name of Ragnar Lodbrok’s wife) have popped up with completely incorrect information on heathen women from this time period. It is indeed true that Nordic women were freer than they later were under Christianity, and it’s also true that men listened to advice from older women; but they were not warriors with the same degree of “freedom” as their men. The women were protected for the sake of the children and the future of the folk.

Weak men larping as Vikings assert that “Nazis” have no right to lay claim to Old Norse beliefs, and therefore whine when Nationalists and National Socialists use runes and other symbols derived from our Norse heritage. Recently, a Norwegian band lamented in the press about how the Valknut (used as the band’s logo) was tattooed on the chest of one of the people storming Capitol Hill in the USA. The band members were upset and claimed that “Nazis” should not be allowed to steal Old Norse symbols. However, the fact is that runes and other symbols do not constitute private property, and, if anything, people fighting for their folk and knowing their own history are the ones who actually have a justified reason to use them. 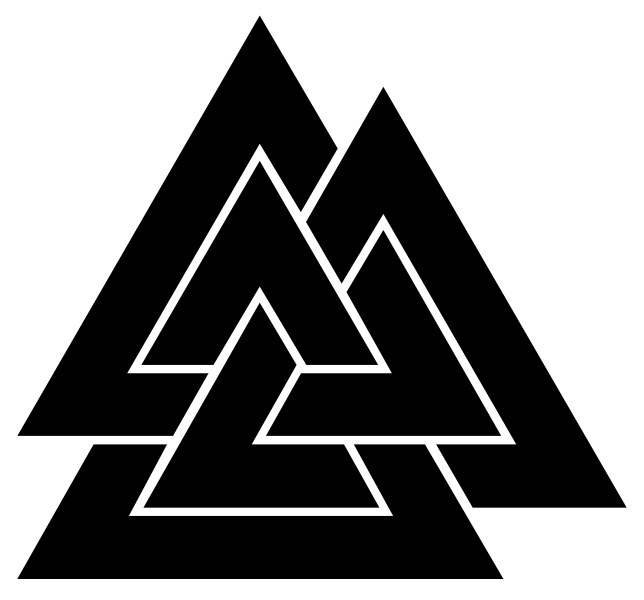 Odin is and always will be the Allfather. Men feared Odin in times past. He sits on his high throne in Valhalla with his spear, Gungnir; his ravens, Huginn and Muninn; and his two wolves, Geri and Freki, by his side. He is constantly preparing for Ragnarök – the end of the world – which, given present-day conditions, can be viewed as a more relevant prophecy than ever. Not even Odin is left in peace by the Cultural Marxists, who attempt to tie him to their own ideology. However, it should be remembered that Odin is over a thousand years old – a good deal older than Cultural Marxism and its concepts.

Thor is probably the most popular god today. He is the protector of men, Asgard and Midgard. Many people are familiar with this great hero, his hammer Mjölnir and his chariot drawn by two goats. When he travels around hunting giants (Jotun), the mountains shake from the thunder created by the strikes of his hammer. Many landmarks and personal names in Iceland are named in his honour. The people praised Thor long after the arrival of Christianity in Nordic lands.

Cultural Marxists are now attempting to claim that Thor is a transsexual, and that this perversion is therefore supported in Old Norse beliefs. They make this debased claim based on the story of Thor using animal hides to disguise himself, as well as the saga of him disguising himself as Freyja in order to fool the giant Trym and take back his hammer. Some even claim that Thor is racially mixed, saying he is half giant and half god; but according to all available documentation, he is the son of Odin and the Earth, and according to the Edda, the Earth is an Asynja (a female deity). This perfectly demonstrates how the anti-White Cultural Marxists and self-appointed moral apostles of political correctness try to undermine our culture by means of false information.

Loki, however, is the son of the goddess Nal (also known as Laufey) and the giant Farbauti, giving him racially mixed ancestry. According to Norse beliefs, Loki symbolizes falsehood, betrayal and deception. If any god should be worshipped by the Cultural Marxists, it should therefore be he. 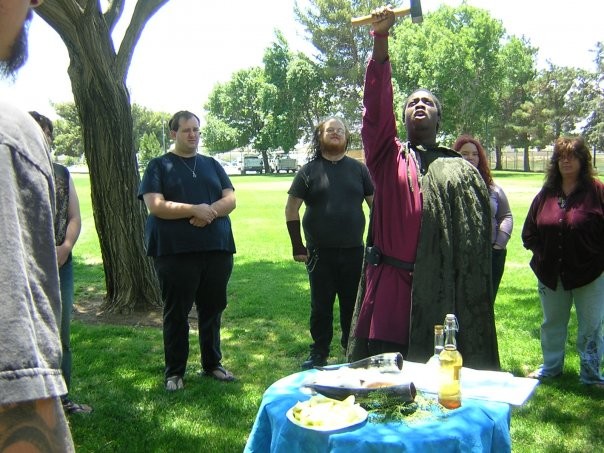 Even though the Icelandic Asatru assembly claims to be non-political and not to participate in any form of political activity, many of their “priests” appear to be left-wing and politically correct. They preach the Norse religion based on their own perspectives, asserting that the faith should be inclusive of everyone – of gay marriage, transsexuality, race-mixing and multiculturalism. It must therefore be Loki that they worship, if they even worship any of the Norse gods at all, because the idea that any of this is in line with the Old Norse belief system is total nonsense.

It is made crystal clear in all available documentation that the Æsir live in Asgard, and the giants in Jotunheim. Nowhere does it state anything about Asgard opening up its borders to giants, black elves and others. In such a case, Thor and Heimdallr would have had to forgo their purpose as protectors of Asgard, and Odin’s training of the Einherjar before Ragnarök would have been a complete waste of time.

This kind of infantile left-wing rhetoric should of course be condemned by the Icelandic Asatru assembly, if it were a serious religious assembly. Instead, members display their political agenda in words and practice and completely distort Norse paganism based on their own fancy.

Norse beliefs are grounded in nature. Many aspects of this legacy have been lost due to Christianity’s custodianship, but there are still enough pieces of the puzzle left to be able to see the general picture, wherein the Norse gods clearly symbolize the Nordic peoples from that time. It’s not hateful to say that the Norse gods are a legacy that belongs to the Nordic people.

The counterpoint of this is the attempt by the internationalists to undermine every aspect of our folk’s national heritage. Not just in Iceland, the Nordic countries or in Europe, but all over the world where this greedy octopus seeks an opportunity to subdue every nation and force them to fall in line.

The Nordic Resistance Movement supports freedom of religion to the extent that it does not harm or undermine our people. In this article I am therefore not trying to preach the Norse religion, but rather demonstrate the fact that the Norse beliefs constitute a part of our shared culture and history in the Nordic countries. Having knowledge of our history gives us a deeper understanding of the origins of our people, of who we are today, and where we are heading in the future. That is why we must never let our heritage disappear.