DER III. WEG. Our correspondent from Der Dritte Weg reports on the organisation’s support for the demonstrations taking place in Germany against Covid-19 tyranny.

The German government is torturing its people by imposing incredibly strict measures in relation to the Covid crisis. While other countries are removing all restrictions, Germany is pushing forwards and attempting to establish mandatory Covid vaccinations for the whole population. The vaccination experiment in many countries showed us that this new style of vaccine does not help fight Covid at all. However, it appears the German politicians are working hard for the interests of the pharmaceutical companies and want to force the people to get as many vaccines as possible in order to swell the bank accounts of Big Pharma.

This is why many people in Germany are now out on the streets. Hundreds of thousands of people are protesting every Monday and on other days of the week, meeting for demonstrations in support of freedom and against the criminal Covid regime. Ruthless judges are trying to forbid the demonstrations, telling the people it’s illegal to go out onto the streets. But the people don’t care and keep fighting for their rights.

Members of Germany’s leading revolutionary movement, Der Dritte Weg, are also on the streets every week to support the demonstrations. They created the slogan “The system is more dangerous than Corona!” – which has proven to be very accurate considering Germany’s current political system. The organisation also created a flyer about this topic. Members of Der Dritte Weg are visiting the demonstrations to hand out these flyers to interested people – and you won’t believe how many are showing an interest!

Der Dritte Weg are not only supporting other demonstrations; they are also holding their own. These events draw lots of people and allow them to access informational material about Germany’s leading revolutionary movement. There is a feeling in the air that Germans really want to get their rights back. They don’t care what unsavoury journalists or politicians are telling them. They have had enough of being oppressed, and they are searching for new political options.

We must keep pressing forwards

We are moving forwards into the spring and summer – times when there are usually not many infections, which means measures will be eased somewhat. But behind the scenes the politicians are still working on their criminal plan to force everybody to get vaccinated. The people know about this, and that is why they will continue taking to the streets. If they were to stop demonstrating now, the government would intensify the measures immediately and move forwards to enslave the people. This is why the demonstrations have to go on – and Der Dritte Weg is willing to support all demonstrations until victory is won! 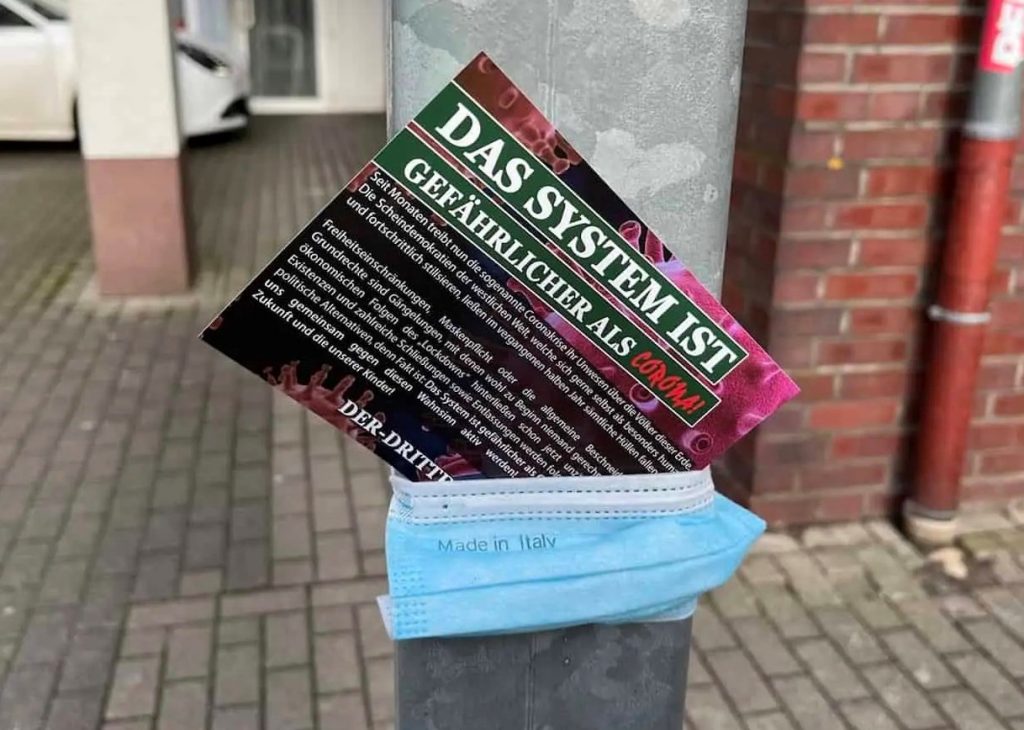