NATURE. On Saturday 5 October, members and activists from Member Group 601 in Nest 6 organised an outdoors activity. 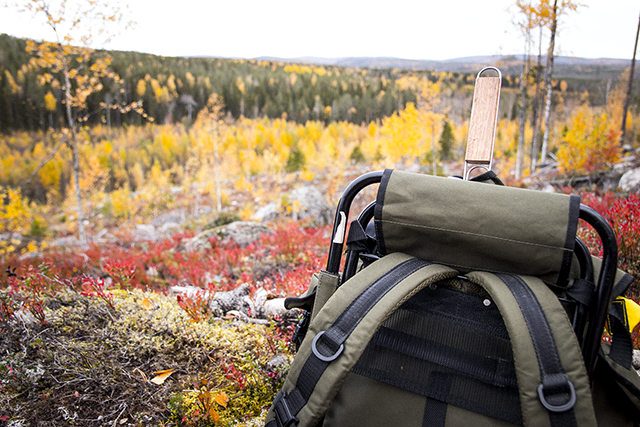 The day began with everyone gathering at a comrade’s house in the early morning. After a quick stocktaking of survival gear and cameras, the group set off. The trip started by rowing across a nearby lake. Upon reaching land, the party walked the part of the route that had been planned in advance. The comrade who lives in the area had not been in these woods for many years and barely recognised it, as many of the trees had been completely decimated by the forestry industry. As such, there was a lot of swampland lying between the comrades and the mountain they intended to climb.

After a bit of uncertainty and a few breaks to restore their energy and refill on fluids, the group finally gained the top of the mountain. Upon arrival, the food was prepared, and Member Group chief David Nilsson held a short meeting which covered the planning of future activities.

The meeting was followed by an educational activity. The comrades read from the Swedish Armed Forces’ survival handbook and went over various plants’ medicinal effects and appearances. They also brought up the section “A simpler and more natural life” from the Activist Handbook and had a long discussion on the subject.

Well fed and content, the group set off home again, deciding to take another route back down to the boat. On the way, they were able to use their newfound knowledge to identify one of the plants described in the survival book.