MEMORIAL. On 14 April, Sweden’s Nest 1 honoured the memory of the fallen Finland Volunteer Gösta Hallberg-Cuula in Stockholm on the 80th anniversary of his death. 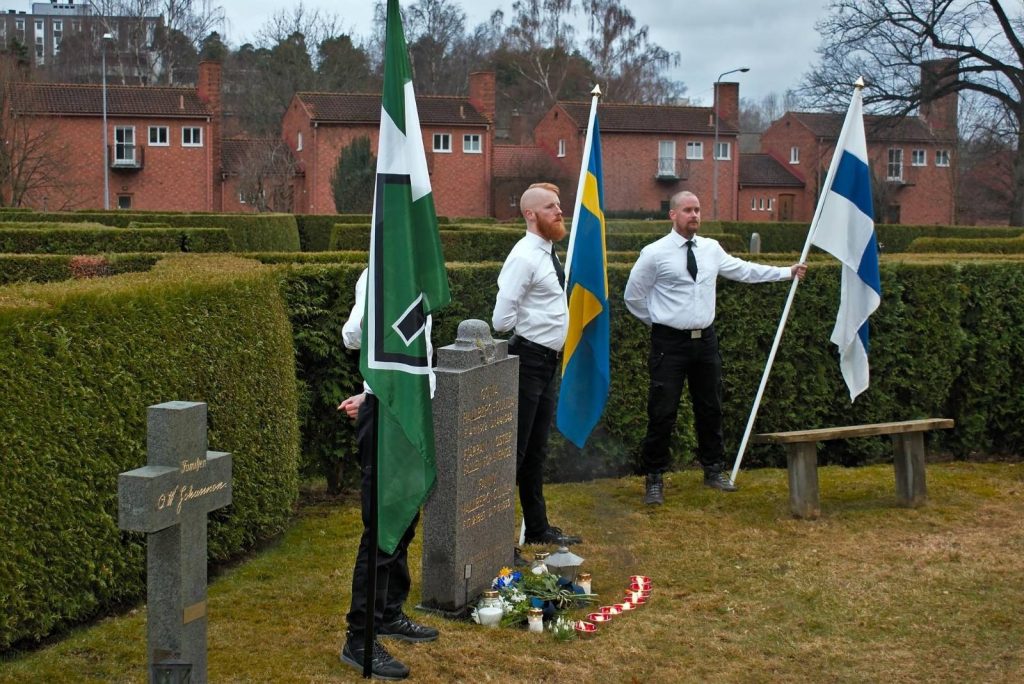 Uniformed comrades lined up beside Gösta Hallberg-Cuula’s gravestone with the flags of Sweden, Finland and the Nordic Resistance Movement.

A short but very impactful speech was then given by the activist Joakim Kannisto.

The speech reads as follows:

We gather today to honour the memory of the frontline fighter and National Socialist Gösta Hallberg-Cuula in the traditional manner.

Cuula was not just what the history books tell us: a good soldier in war; he was also a well-known street fighter and idealist who was politically active here in Stockholm.

When Finland was invaded by the Bolsheviks, this young fighter knew what was at stake and what he had to do. Maybe this can be compared to the sense of duty felt by you, my friends, when multiculturalism, Marxism and decadence forced you to become involved. Cuula signed up as a volunteer; and the unit he fought in was notorious for its skill in battle, its courage and its efficiency.

I would argue that honouring Hallberg-Cuula is not just about the person himself, but that it’s also strongly connected with morality, heroism, fighting spirit and will.

We will continue to honour Cuula and his achievements year after year and, in so doing, remember that there can come times and opportunities when the struggle requires more than words, when the only recourse is to take up weapons and, as in Cuula’s case, help our kinsmen throw out the aggressors.

Today the struggle takes place on many fronts, against multiple enemies, but they all have the same six-sided guiding star, just as they did back then.

Comrades, Cuula’s commitment and self-sacrifice unfortunately led to his death in the Continuation War. With knowledge of this sacrifice, I ask you: Are you courageous and self-sacrificing?

If so, let this 80th anniversary of Cuula’s passing be more than a reminder of the struggle. When we leave here today, let our hearts be full of the same courage as that shown by those volunteers, our souls full of belief and self-sacrifice, and our minds imbued with a fanatical fighting spirit for the liberation of our people!

For the North, for blood and soil. To victory or death! 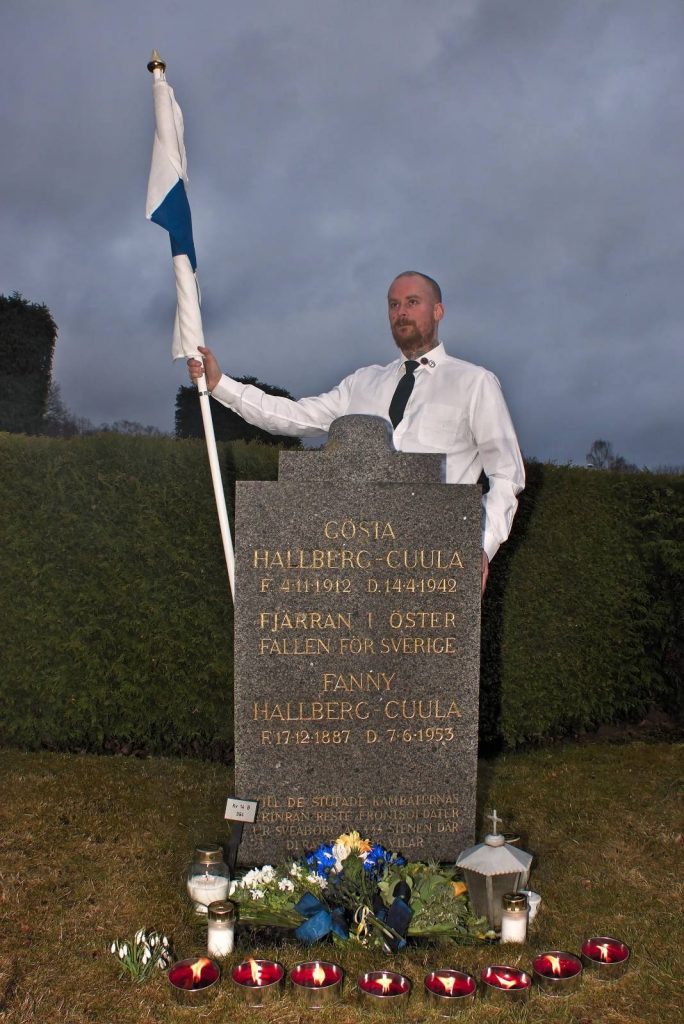 The speech was followed by a minute’s silence, after which flowers were laid on the grave and candles were lit.

The group stayed and conversed at the site for a while after the ceremony. Many of the attendees thought it sad that the police had chosen to be present at the memorial again this year, albeit a short distance away. When the comrades left the site, several of them could not refrain from saying a few disparaging words to the officers and urging them to join the struggle instead. 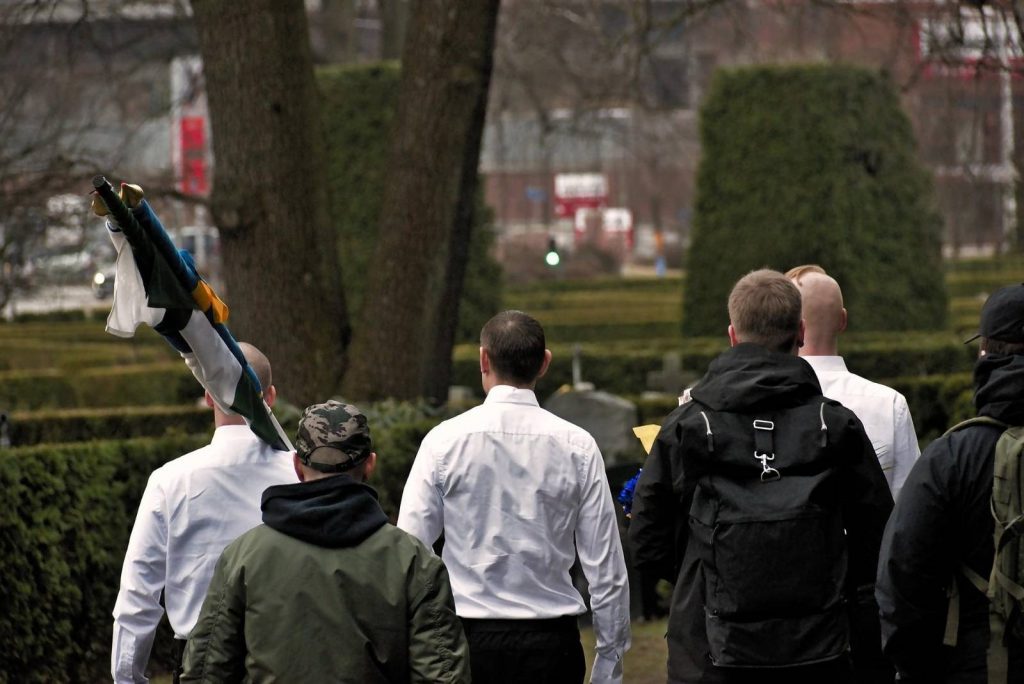