MEMORIAL. On 15 May, the heroes who died for Finland and the North were honoured at various locations across Sweden. 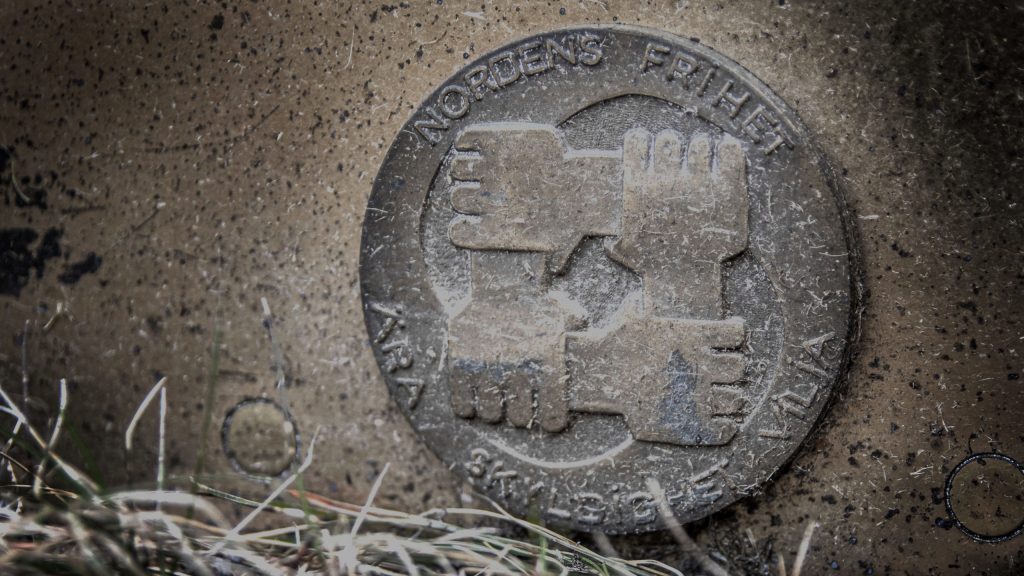 In honour of the day, activists, members and supporters from Nest 6 gathered at a cemetery in the Norrbotten village of Morjärv, where the grave of a Finland Volunteer can be found.

The grave in question belongs to Per Gustaf Carlsson, a member of the illustrious troop of soldiers who chose to voluntarily come to the defence of the North against the Soviet Red hordes – ready and willing to sacrifice blood and life for the cause – after the Swedish government betrayed our kinsfolk in Finland.

This was also the case when Carlsson was badly wounded behind the Soviet frontline at Märkejärvi on 2 March 1940. As his comrades were not able to take him with them, he met a cruel death and was buried in a mass grave. It would not be until 1960 that his body could be identified and returned to its final resting place in his home village of Morjärv.

Today his grave bears a testament to his heroic sacrifice, with the text “Per Gustaf Carlsson gave his life for the freedom of the North during the Winter War in Finland in 1940”, alongside a memorial emblem that symbolises Nordic unity, with Georg Carl von Döbeln’s motto “Honour, Duty, Will”. 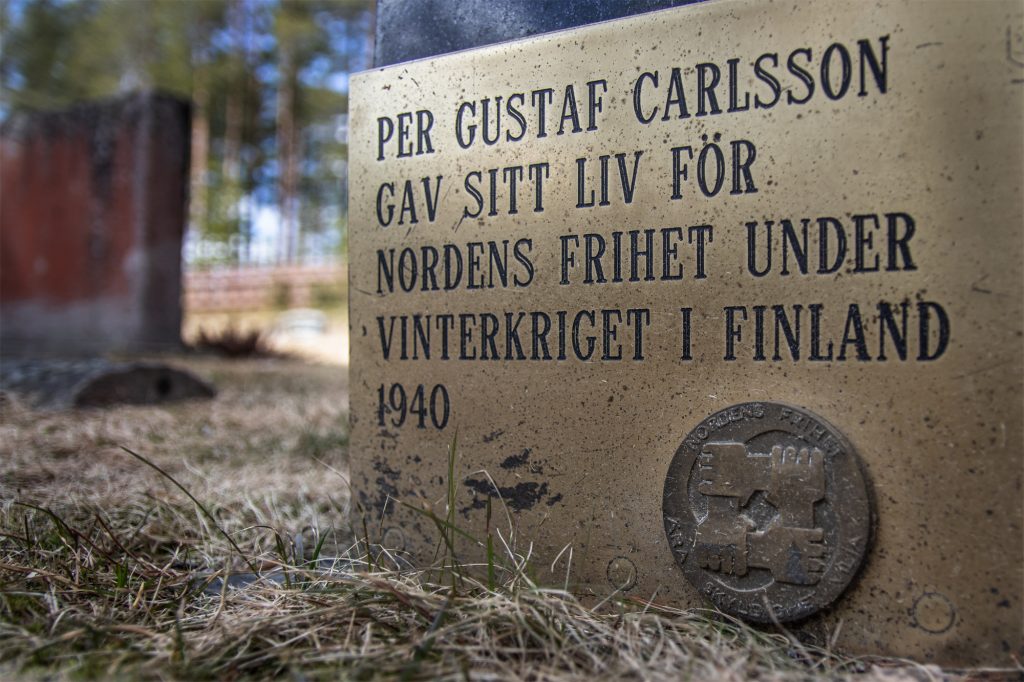 When the Resistance men arrived at the cemetery, they noted that the grave was rather dirty, prompting them to clean and tidy it up as best they could.

Afterwards two flag bearers stood on either side of the grave, while David Nilsson read out the speech Gustaf Mannerheim gave to the Swedish Volunteer Corps after the end of the Winter War. 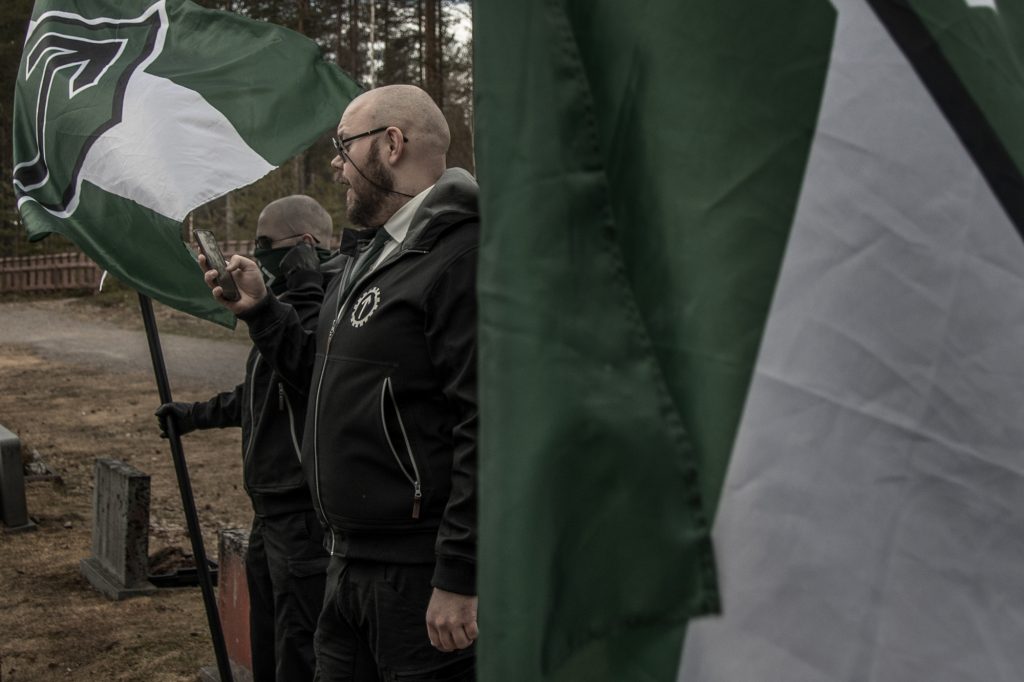 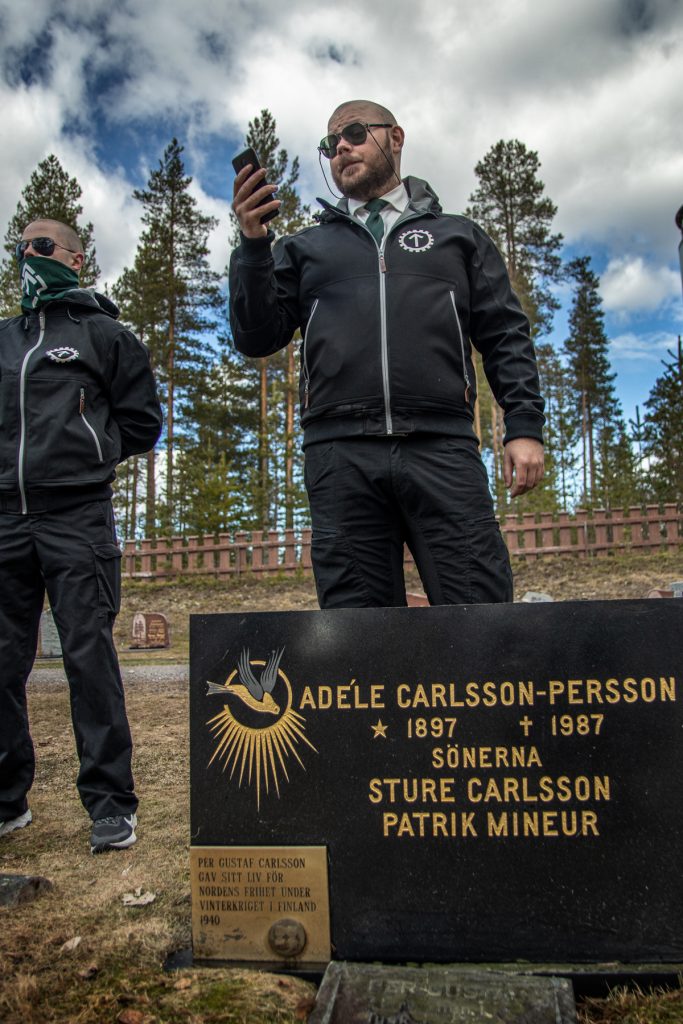 Nilsson than gave a more personal speech, which focused on the importance of honouring fallen fighters in this way and remembering the innumerable victims who fought for the North and its people throughout the centuries. He also made mention of how their graves encourage us to continue the struggle with the same fanaticism and self-sacrifice that our ancestors carried with them in their hearts.

The speech and its context reminded everyone present of how comfortable our lives are today, despite everything, and encouraged them to live up to the past ideals that have helped men advance in battle, willing to undergo all conceivable sacrifices.

Similar activities were also held in other places around the country.