ACTIVISM. Sweden’s Nest 3 held a public leaflet distribution in Karlskrona, followed by their monthly meeting and a speech. 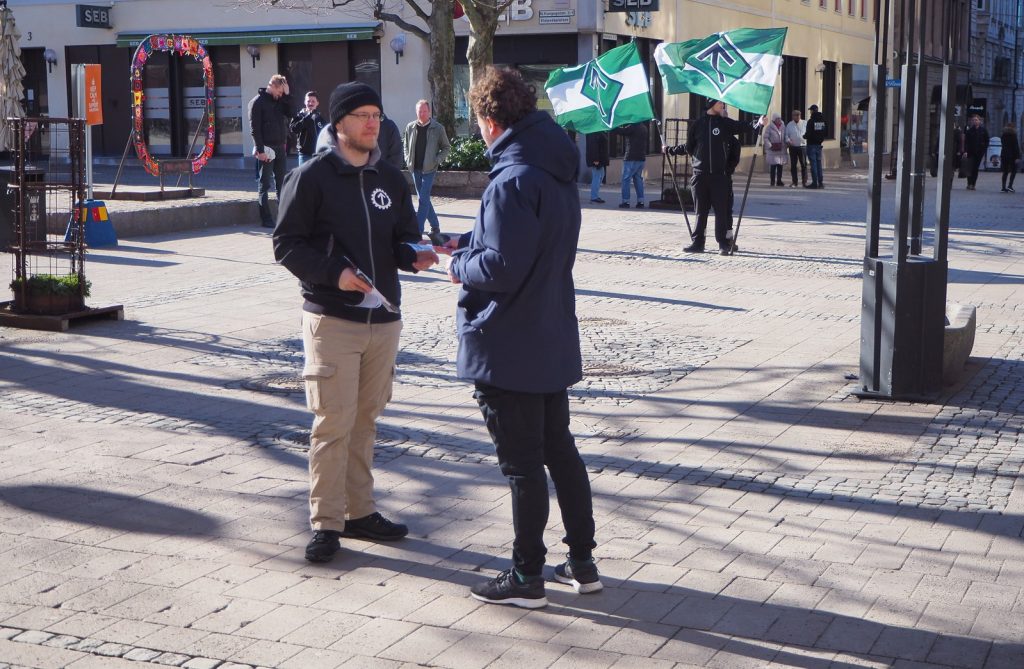 The day was one of the warmest in a while, which brought more people out onto the streets and helped create a good atmosphere. 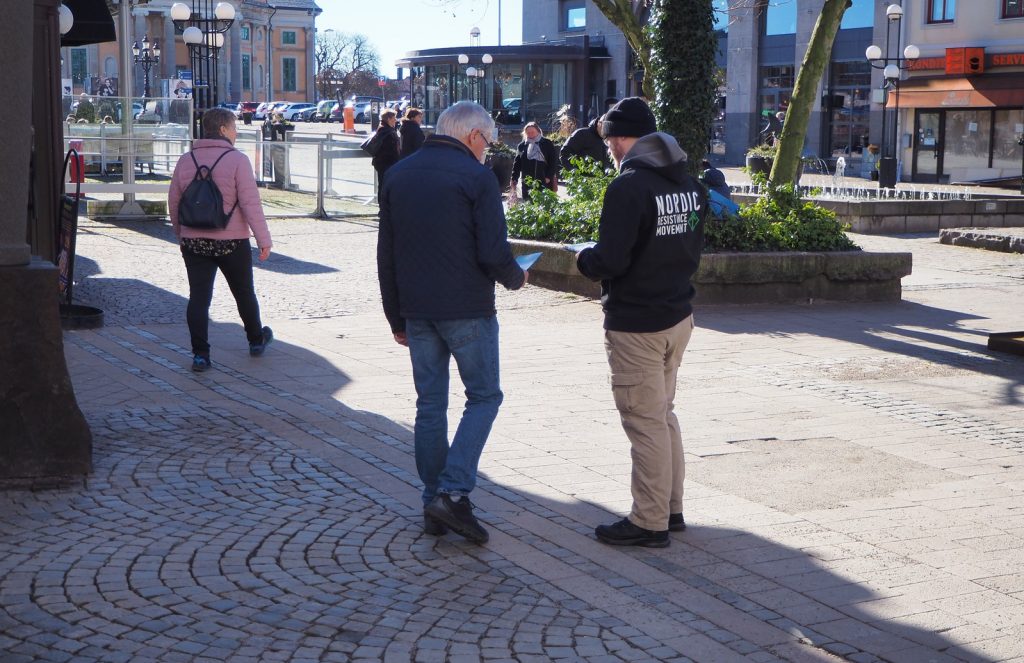 The group stood for an hour and a half on Karlskrona’s largest shopping street, which is located on the island of Trossö. As is usually the case when the Resistance Movement is in town, people were interested in the activists’ presence and happy to talk with them.

The leaflets being distributed contained information about “White Lives Matter”, and also informed people about the anti-White movement Black Lives Matter, which has been plastered across the news headlines for the past year. 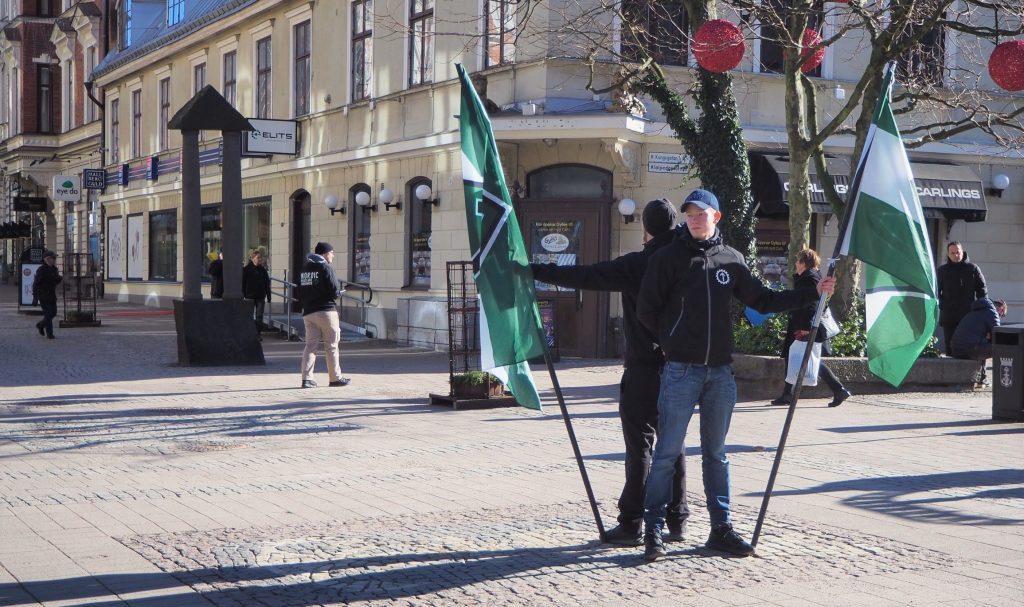 After the activity was over, everyone met at a nearby venue with a beautiful view over the sea to hold the monthly meeting. In addition to the usual matters covered at a monthly meeting, there was an informative speech. The speech concerned Julius Streicher, the founder of the German newspaper Der Stürmer. Streicher was very unpopular among the Jewish power elite, but important and liked by the German people.