INTERVIEW. We present an interview with Daniel Gerdås, the newly appointed Nest Chief of Sweden’s Nest 3. 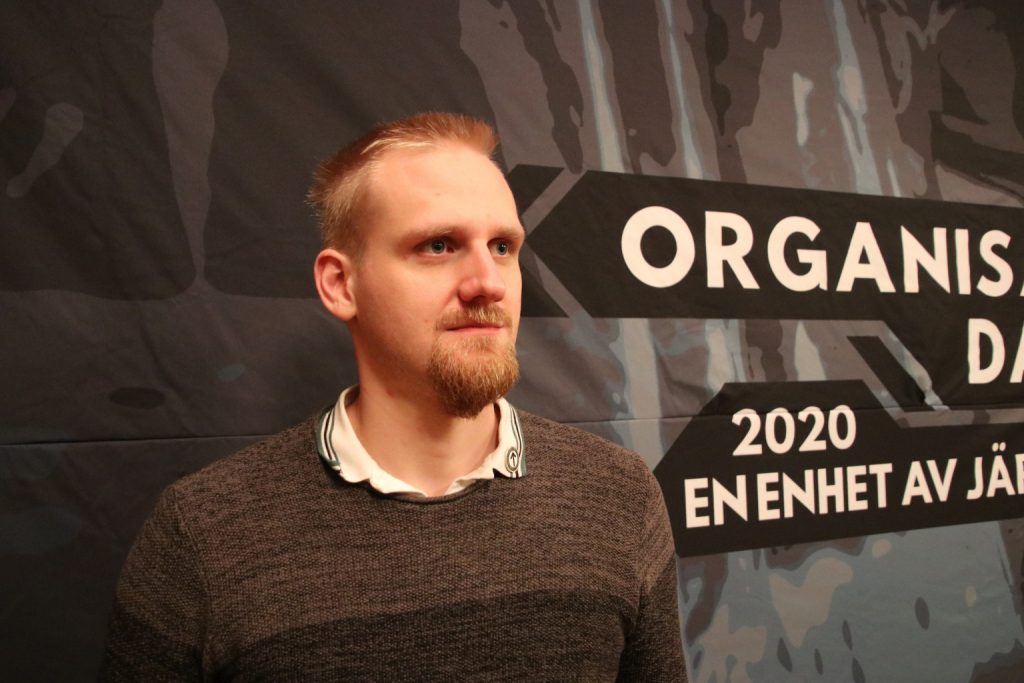 At Organisation Days 2020, Daniel Gerdås was appointed Nest Chief of Sweden’s Nest 3, which comprises the provinces of Skåne and Blekinge. His appointment came after many years as a loyal and able activist and Group Chief in the Nest. Below follows an interview with Gerdås in which he describes his future visions for Nest 3 and gives an insight into his personal life.

Tell us about yourself, Gerdås. How was your upbringing? What caused your political awakening, and what is your private life like?

I grew up in Nässjö, Småland, in a large family. I became interested in politics and history very early and read lots of books as a child. My parents gave me a conservative upbringing with some very healthy ideals. Through all of this, I learned early on to be critical, questioning and to read up on things. I’ve always been a patriot, but it took many years before I found the right ideology. I had visited Nordfront – which was then called Patriot.nu – several times and read articles. The nationalism and the struggle they espoused appealed to me a lot, but the holocaust and the Jewish question were an issue for me then.

Some years after high school, I started studying to become a marine engineer in Kalmar. While training at sea, I got to know another sailor who was very familiar with the Jewish question. It was through discussions with him that I began to understand how everything was connected. I also became so curious about why National Socialists denied the holocaust that I decided to read about it. The first book I came across was The Holocaust on Trial by Jürgen Graf, and it was the one that opened my eyes.

After I graduated, I took a job at sea, where I worked for a few years before returning to dry land. It was when I entered working life and gained an insight into the ruthless exploitation that drives companies – and their views on wage slaves – that I also fully understood “socialism” and the necessity of class community. When I read the book National Socialism – The Biological Worldview, it put into words all the thoughts and ideas I’d always had. I then joined the Resistance Movement as a support member, but by chance I happened to become active in another nationalist movement. This never felt right, however, and in 2015 I joined the Resistance Movement as an active member.

Can you tell us about a Resistance Movement action you participated in or planned that was extra special?

The demonstration in Stockholm in 2016 that ended on Medborgarplatsen. I was still quite new as an active member and was very impressed by the discipline and order that prevailed during the demonstration. The demonstration ended with the police beating us all to the ground and arresting us. It was while I was sitting in my cell and had plenty of time to think and contemplate matters without being disturbed that I decided that this path was the right one, and that from now on I would live for the struggle.

How would you describe the Nest you now lead? What distinguishes the activists in Nest 3?

Next 3 is a Nest that has undergone several difficult trials and has always come through them upright and strengthened. It consists of hardened and self-sacrificing members and activists. At the same time, we have a good sense of humour and make sure we have fun. One of our activists, Tobias Malvå, likens us to the hobbits in The Lord of the Rings, who appreciate good food and living, but who are always at the forefront when duty calls.

This doesn’t paint the whole picture, of course, as we also have traditional “clean-living” activists in the Nest, but it’s the combination of these types that makes our Nest what it is. We aren’t the biggest Nest, but we still have a wide range of knowledge and talents. We have activists and members with a great fighting spirit. We have speechwriters, editors, writers, musicians, technology experts, tradesmen, strength trainers and more. It’s our activists who are publicly visible, but all our members are responsible for our successes on the streets.

What inspires you to continue to fight for the Nordic people’s survival and freedom?

We are a people who have accomplished incredible feats. We have conquered large parts of the world. The greatest technicians, scientists, composers, architects, artists, etc. have all come from our people. Today we are downtrodden, humiliated, degenerate and enervated, but our former greatness still lives on in our blood. The day we unite as a people is when we can reach our full potential, and then there are no limits to what we can achieve.

Of course I feel hatred. Hatred against the foreigners who rape and attack our people, against those who betray their own people, and against the globalists who are fighting on all fronts to destroy not just everything that binds us together, but also to eradicate us biologically. But it’s the love for my children and for our unique race that drives me to fight. A will stronger than anything else to give my children a future in a better society – that they should live among kinsmen and build a new civilisation. I can look my children in the eyes. I fight and stand up for them and for all our people.

The Nordic Resistance Movement is the only National Socialist organisation in Sweden. If we are to succeed in throwing out all foreign elements, crushing the globalists, liberating and uniting our people, and building a new, strong and prosperous nation, an uncompromising and radical struggle is required, and only the Nordic Resistance Movement and National Socialism has what is needed.

Do you have anything to say to sympathisers and other supporters in your area?

Do your duty! Don’t just sit at home and watch. Do not expect others to fight the struggle for you – to do what you are too cowardly to do. Stand up for your family and your people. Take responsibility. It is your duty as men and women.

What visions do you have for the future? What will Nest 3 focus on, and what will the Nest look like in five years?

Nest 3 have previously focused heavily on public actions and external activism. We have been very successful in these areas, and there can’t be anyone who doesn’t know who we are in southern Sweden. With this goal achieved, we will now go into a new phase. We will focus more on internal activities like physical training, education, outdoor excursions, study circles and social activities. In five years, we will have a much greater breadth of knowledge that will be apparent to both friends and enemies of the people in various ways.

Do you have any special interests?

After the struggle, family life and work, I don’t have much time left for anything else. However, I try to get out in the woods as much as possible and make the time for creating various kinds of crafts.

What is your favourite quote?

It were better to feel the avenger’s might
Than that years unto naught should have hasted,
It were better our people should perish quite
And our fields and cities be wasted.
It is braver to take the dice’s hap
Than to mope till our fire is expended;
It is finer to hear the bow-string snap
Than never the bow to have bended.

What is your favourite book?

Who We Are by William Pierce and The Turner Diaries by Andrew MacDonald.

What will you do after we come to power?

Build a log cabin far out in the woods and live a simple life there.

Do you have any idols?

Robert Jay Mathews – A person who didn’t just talk but put words into action, without ever giving in. Even in death.

Corneliu Codreanu – For his fanaticism, altruism and relentless fighting spirit.

Thank you for your time, Gerdås, and good luck with your work for the struggle in the future! 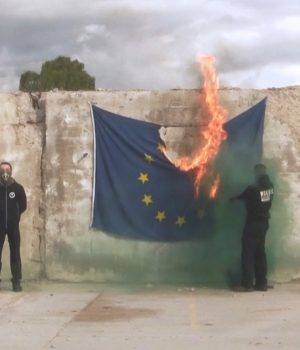