ACTIVISM. Sweden’s Nest 3 encouraged the people of Örkelljunga to join the struggle with the aid of nationalist music and healthy messages on 26 February.

Activists from Nest 3 reprised a favourite activity on Saturday, 26 February, when they outfitted a trailer with flags, banners and a loudspeaker and drove it around the streets of Örkelljunga and nearby villages. This time they made a new addition to the formula by playing nationalist music from the loudspeakers while they drove along the streets. 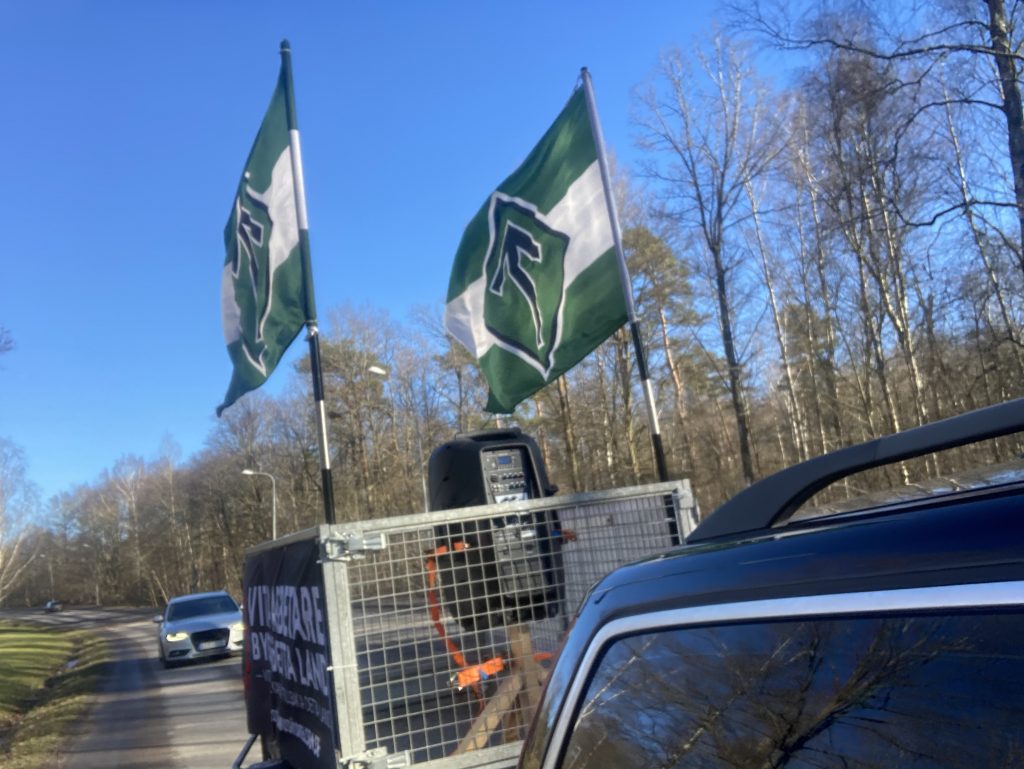 Classic Swedish nationalist songs like Folk i Gevär by Svensk Ungdom were played, alongside remixes of marching music like Fallshirmjäger, which is also known as the intro track to the Mer än ord podcast. 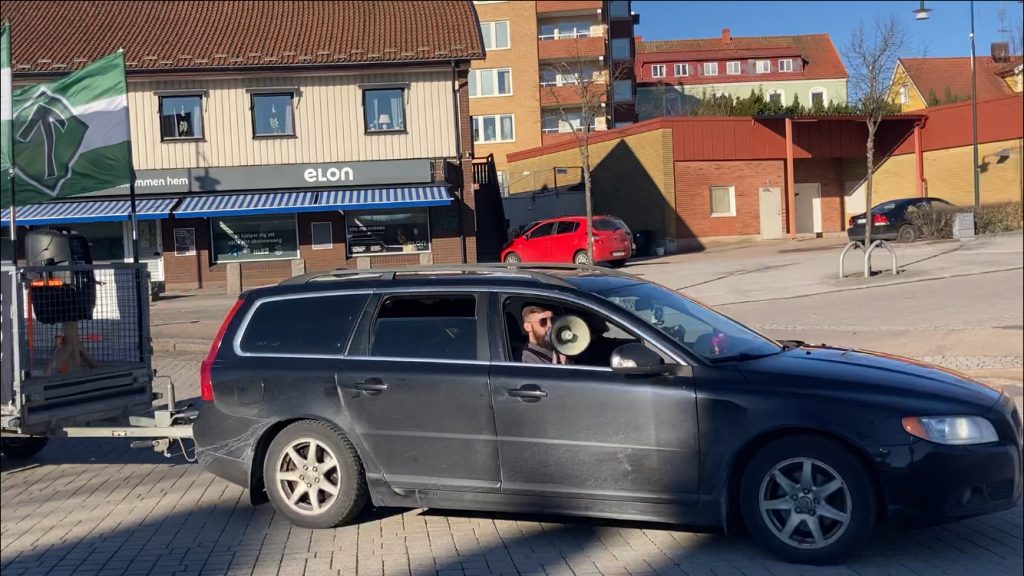 As the nationalist music echoed through the streets of Skåne, it was accompanied by National Socialist messages conveyed via megaphone. Some examples included: “Join the Nordic Resistance Movement!”, “Fight for our people” and “Strike back against the population replacement, gang terrorism and leftist tyranny – For the fatherland!” 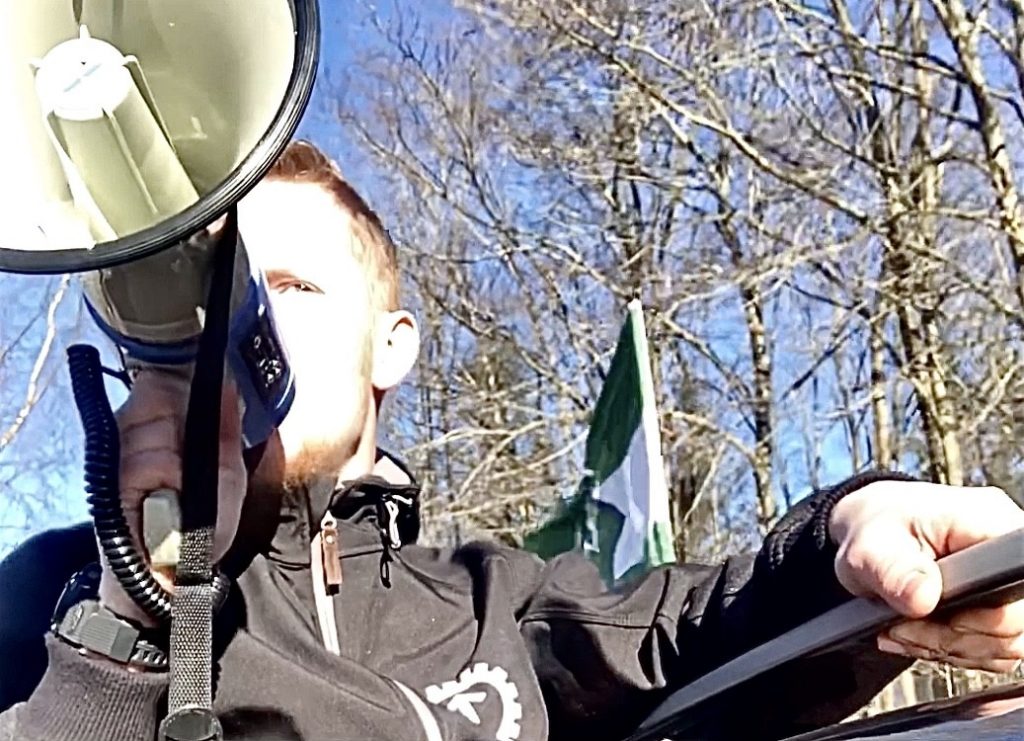 The action lasted for over three hours and resulted in large parts of the population of Örkelljunga hearing the message. The activists drove along both minor and major roads, passing through Skånes Fagerhult, Åsljunga, Skånes Värsjö and central parts of Örkelljunga. 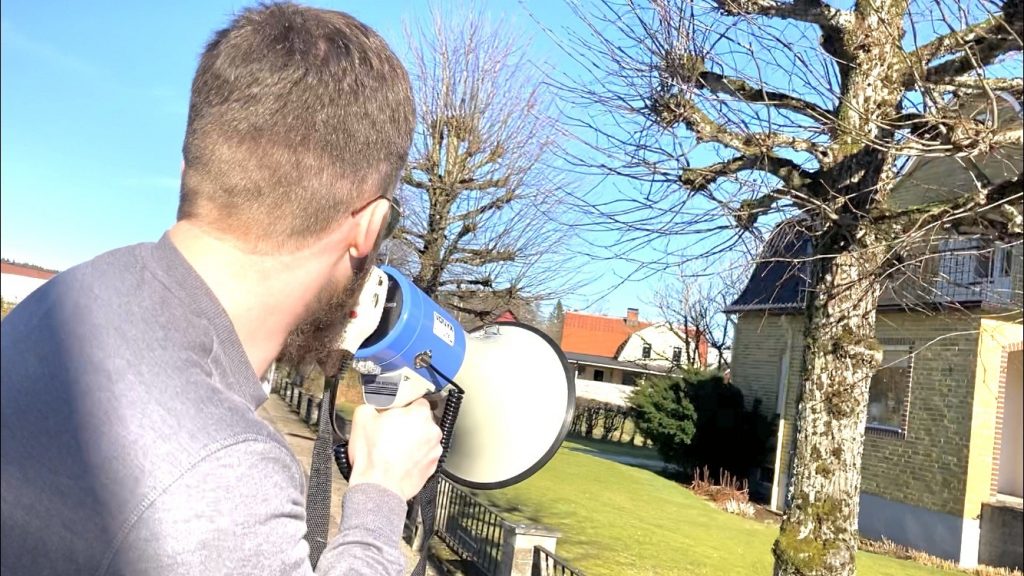 The Resistance men were met by a large number of waves and thumbs-up during the activity. An elderly man even began dancing and conducting with his fingers when he recognised the familiar melody of one of the songs.

There were a few negative reactions too. One strange character, who was armed with some kind of melee weapon, decided to overtake the activists’ car and then slam his brakes on right in front of it. However, he quickly changed his attitude when the activists rushed out of their car to confront him, which ended with the man wishing the activists good luck and a nice day.

After the activists had repeated their playlist a few times, shouted themselves hoarse and made themselves known in the municipality, they concluded the activity.