LEFT-WING EXTREMISM. A red tried to secretly take pictures of Resistance men with a drone, but the whole episode ended with him being photographed instead. 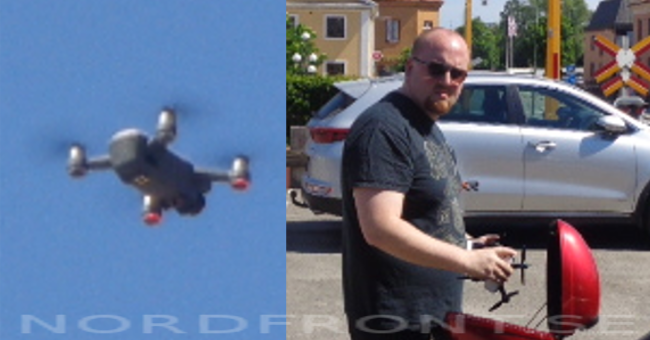 On 26 May, when the Resistance Movement had a public activity with banners and leaflet distribution at Nya Torget square in Mariestad, one of the activists suddenly saw a drone hovering at low height near the group with its flash repeatedly activated, indicating that it was taken pictures of them. When the drone rose higher in the sky and flew away, the activists ran after it for about 300 meters down the street and into a side street at a parking place where they saw a man packing the drone into his moped. The man did not answer when he was spoken to but only looked at the activists and drove away. All the pictures in this article can be enlarged by clicking on them. 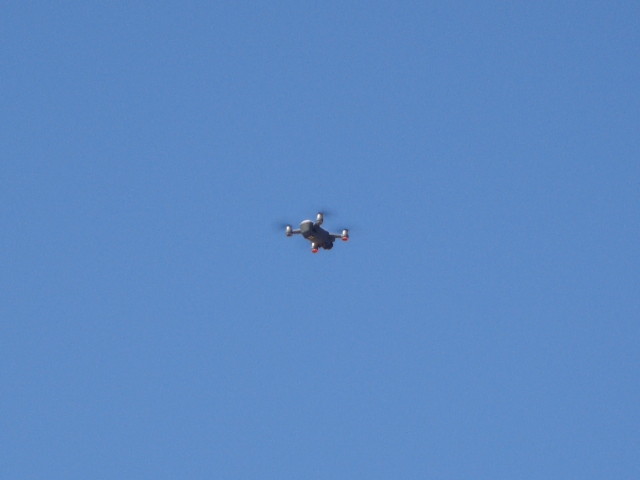 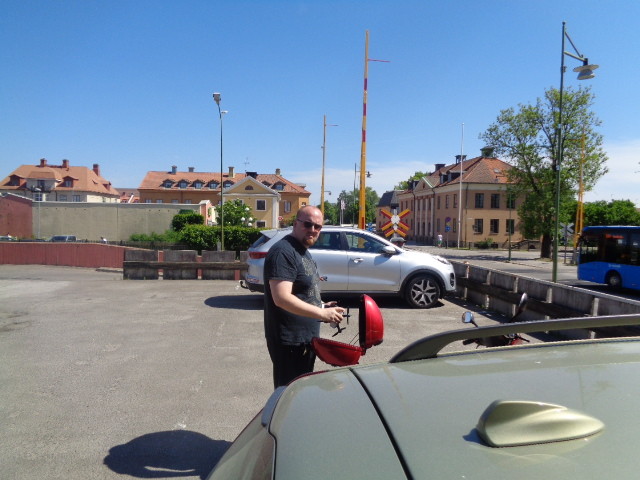 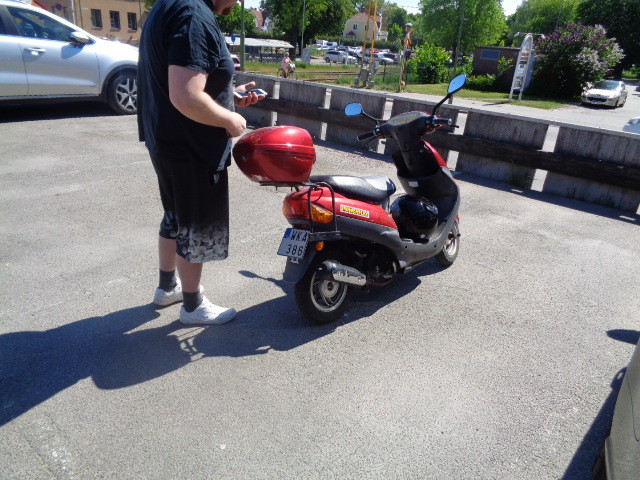 When the moped’s registration number was checked, it turned out the registered owner was a red called Daniel Nilsson (ID number: 870504-5956) and that he rode the moped even though it was unregistered over seven months ago.

Online information about the moped regarding technical data, insurance, registration date and more.

On the website Ratsit it states that Nilsson owned a moped with a model year of 2004.

The moped was parked outside Nilsson’s house and his name was on the doorbell panel by the stairway. 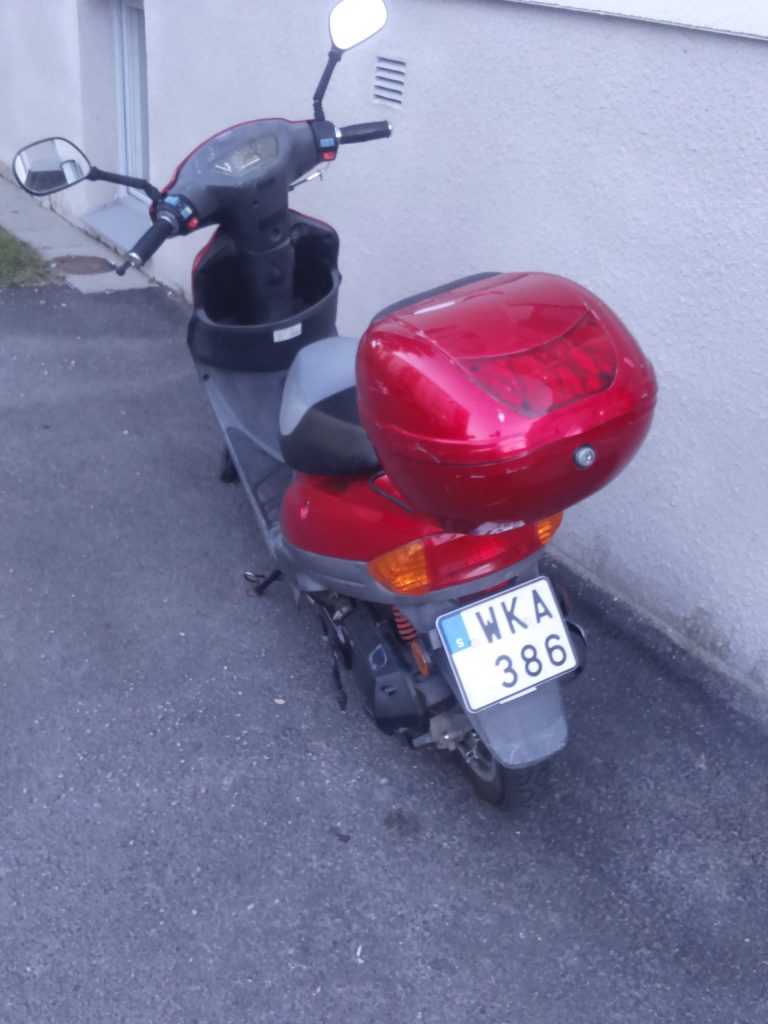 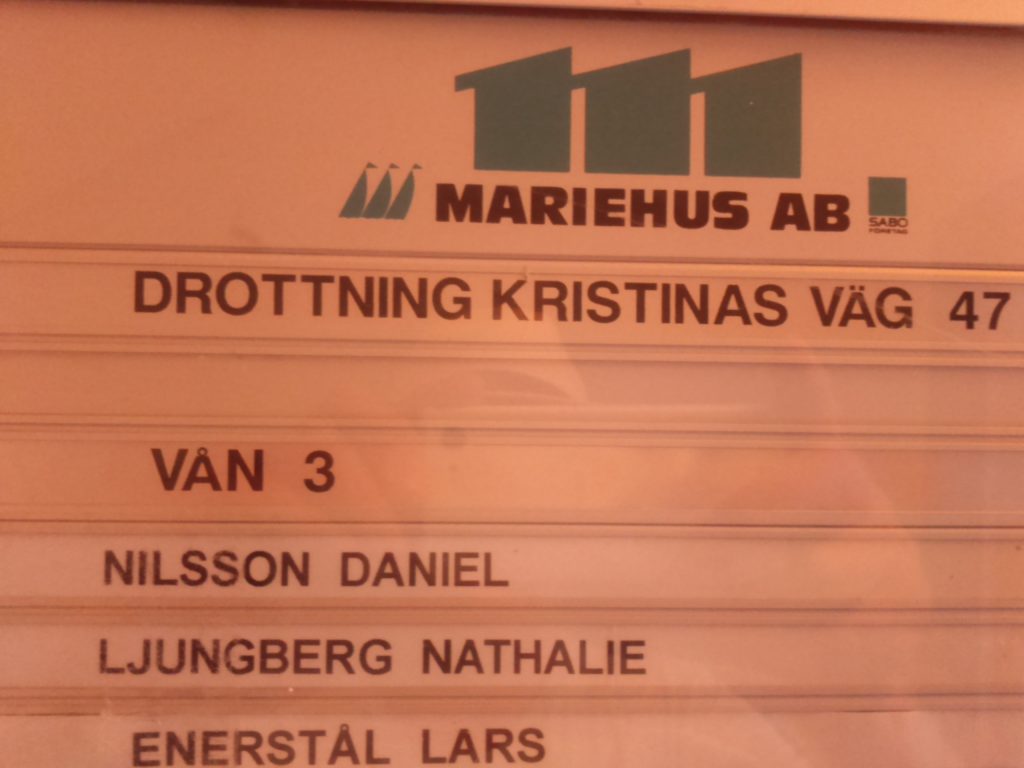 On 12 October 2018, Nilsson sold his moped to a man in Skövde, but on the website car.info one can still see that the moped had another owner in Mariestad at the end of May 2018 and that it was already deregistered. Nilsson has bought himself a motorcycle to use these days instead of a moped. When searching for more information about Nilsson online, one finds that he was actually seventh on the Left Party’s candidate list for Mariestad’s 2010 municipal elections, registered as a “job-seeker”.

After the elections, when Nilsson was a councillor for the Left Party in the municipal council, he was sentenced to imprisonment for two months for illegal driving, drink-driving and possession of narcotics. According to the archives of the verdict (which as per Swedish law is public information and can be found online), the drugs were hidden behind the kitchen fan in his apartment. Nilsson blamed a friend of his, but the court didn’t believe him as his fingerprints were on the packages. 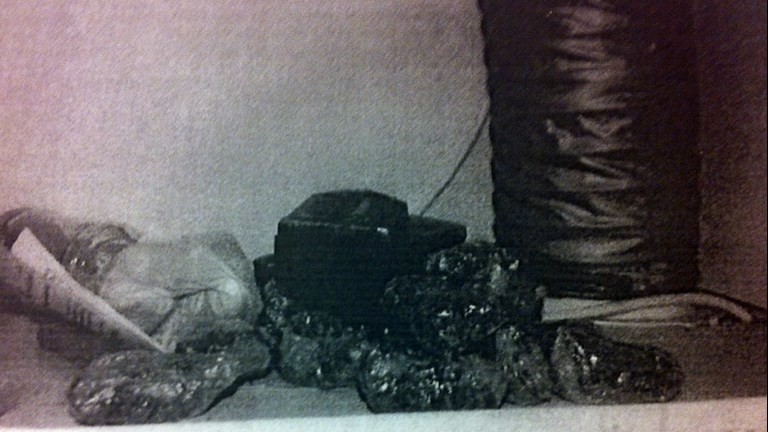 The news that a city councillor was convicted for a drug-related crime was reported by state broadcaster Sveriges Radio, among others, and Nilsson resigned from his office.

But the Left Party’s president in Mariestad didn’t think it appropriate that Nilsson’s engagement in the party should end on account of the crime and stated to Sveriges Radio:

After the verdict, Nilsson took responsibility by resigning from his political duties. But when the penalty is served he could be welcome to continue his political work, said Åsa Olsson.

“If he wishes to engage himself in politics again, our door is not shut. There are people with different backgrounds and experiences who, depending on the nature of the crime, can contribute to others and educate them in a preventive manner.” – Åsa Olsson, Left Party

Nilsson’s crime clearly didn’t prove to be an obstacle for the Left Party, and once more he stood as a candidate in the party’s list for Mariestad’s municipal elections in 2014, this time at 13th place and registered as a bus driver. However, he appears not to be in the Left Party’s candidate list in 2018. There is another Nilsson on the list but with a different first name.

Here is an image of Nilsson among other representatives of the Left Party in Mariestad before the elections. Proof that it is from the 2014 election can be found here. 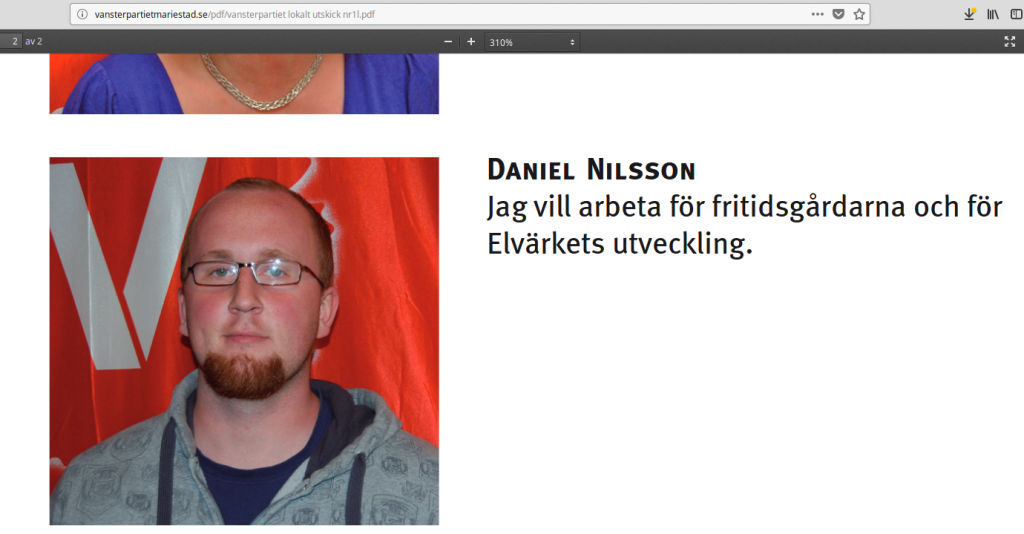 On Facebook one can also find Nilsson’s aunt accusing him and his mother of breaking into her house and stealing heirlooms that didn’t belong to them. This dispute is being tried at the Göta Court of Appeals, and all the documents showing how the relatives are greedily trying to tear one another apart are fully open to the public. 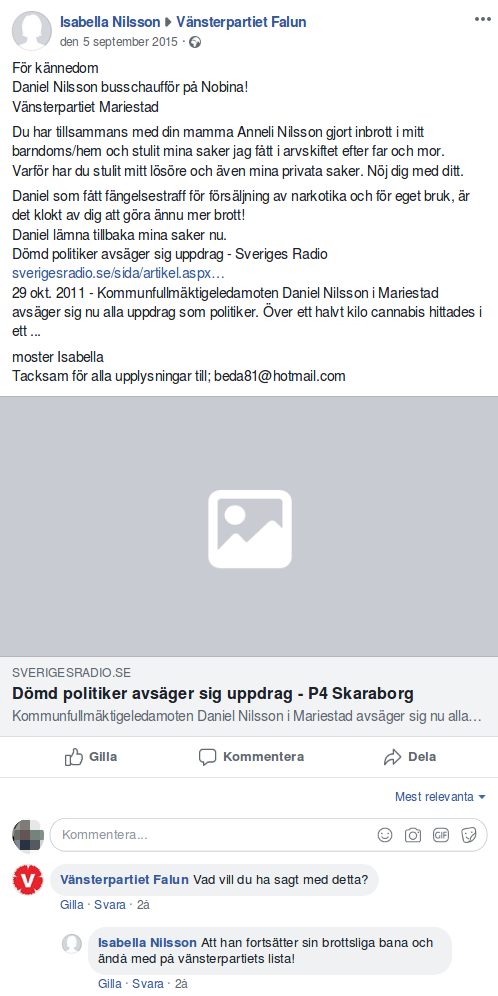