SOCIAL ACTIVITY. On Saturday 5 October it was time for Nest 3’s monthly meeting and the first day of an outdoors activity.

The day started with the monthly meeting. All comrades took their places around the table as food was served, composed of meatloaf with pickled cucumber, lingonberries, potatoes and gravy. When everybody finished their meal, the leader of the Nest – Freddy Nerman – held a reading for all the comrades, which was followed by the regular group meetings. The monthly meeting didn’t last long this time as some members of the nest would embark on the upcoming outdoors activity.

The long march started a bit outside Brösarp. The hike offered beautiful views along creeks and lakes, upon forested hills, through grassy valleys and finally on bare hilltops where one could see around the whole area. 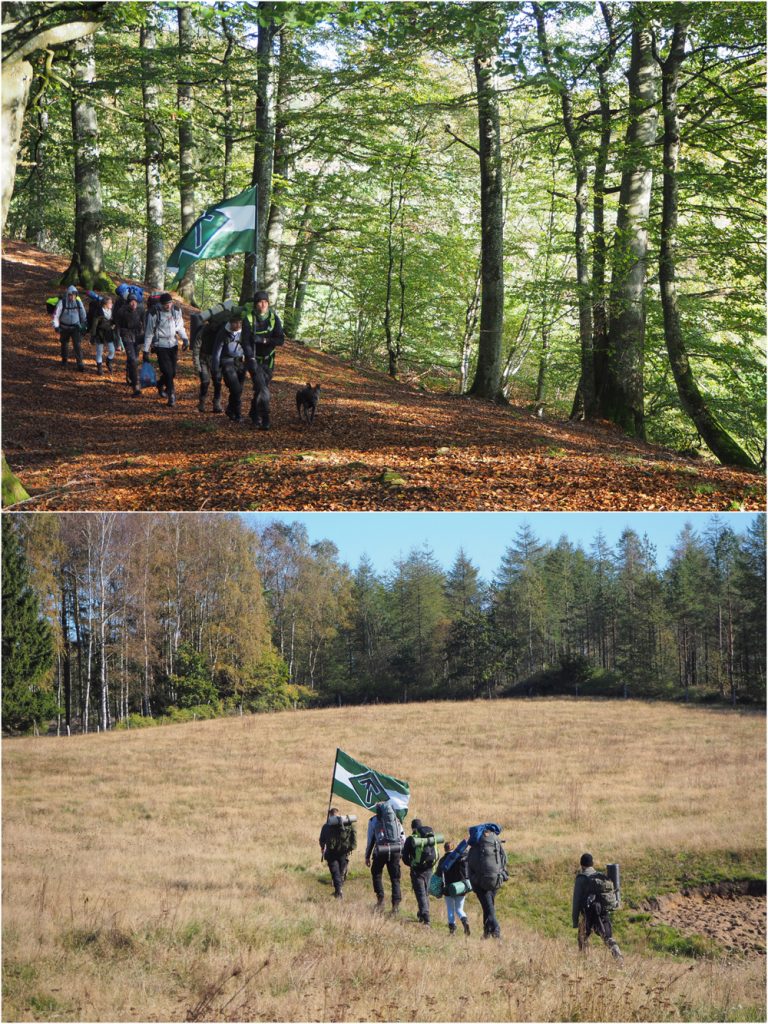 Darkness had fallen before the end of the day’s 16-km hike because the activity was delayed by the day’s meeting. This meant the comrades got an opportunity to train in orientation and crossing the forest at night with some help from headlamps until the destination was reached. Upon arrival, the first task was to start a fire and prepare for the night.

Dinner was made and consumed by the fire. Over the next few hours, the comrades engaged in conversations on politics and various other topics regarding the organisation. Saturday was a beautiful, windless day with lots of sunshine and a glorious night sky with shining stars, which was enjoyed by those who chose to sleep under it. 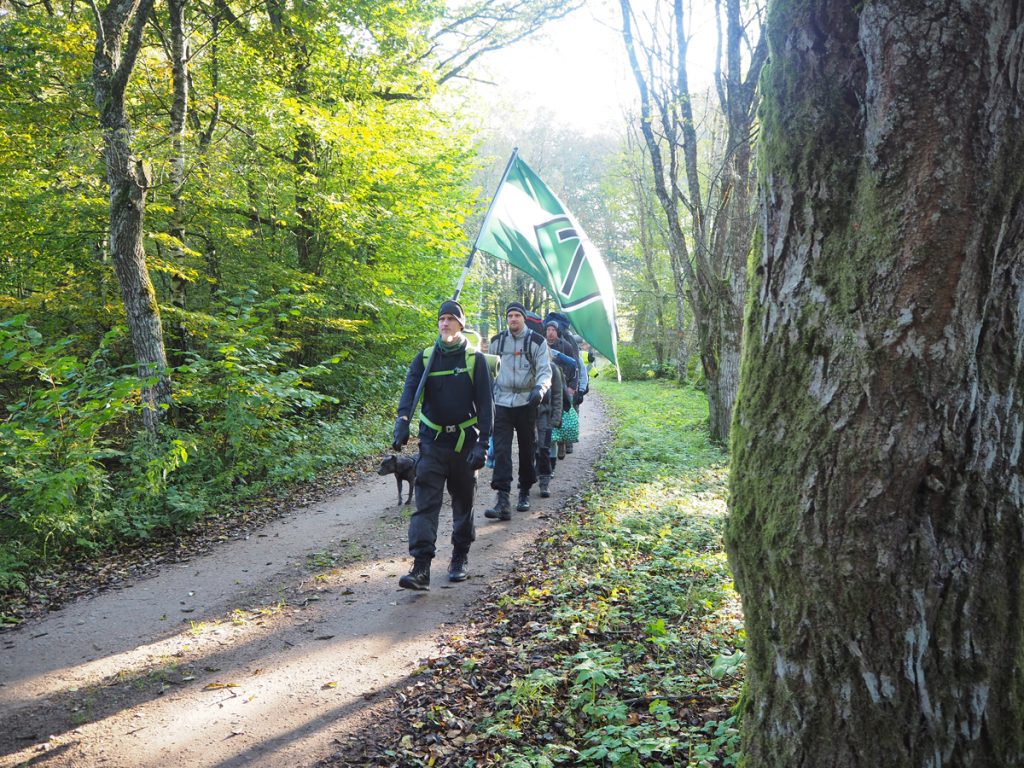 Next morning, once everybody had a good breakfast, the group prepared for more marching. The hike for the day was 21 km long, and the weather was just as good as the day before, which raised the comrades’ spirits. 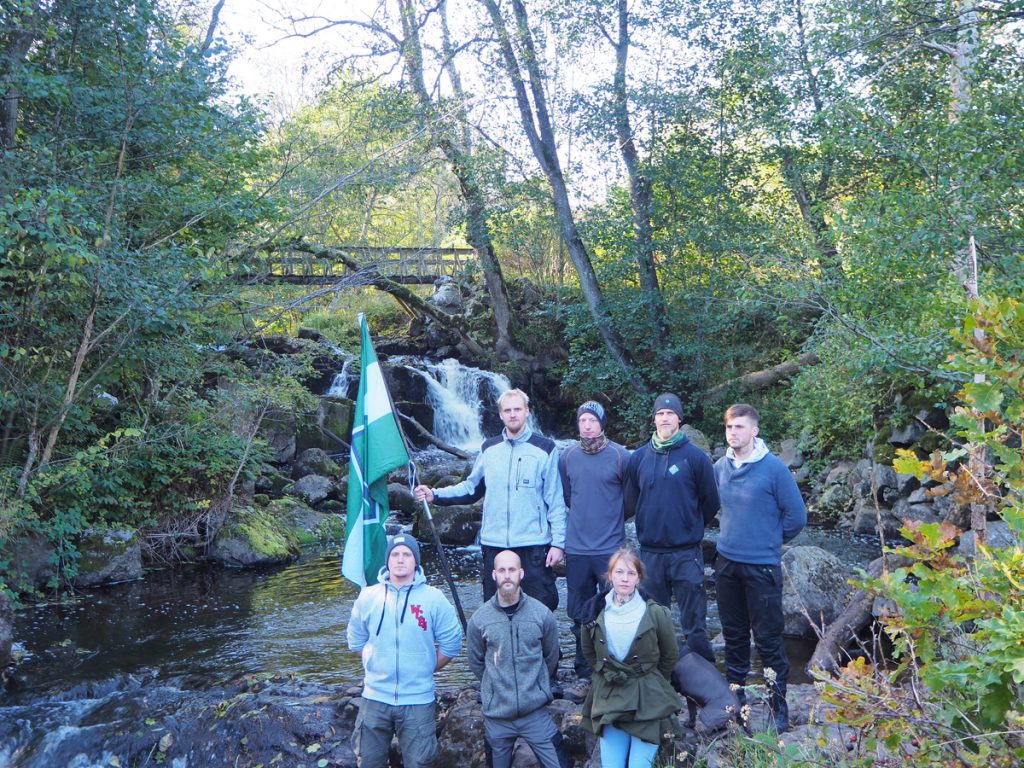 One of the breaks was taken at Hallamöllan, where the group filled their water bottles under the waterfall. After slating their thirst, the next challenge was the rugged slopes of Brösarp. Once the group had reached the top of the highest hill, everyone stopped to enjoy the panoramic views. It’s quite unusual to stand on a high hill in most parts of the Skåne region. 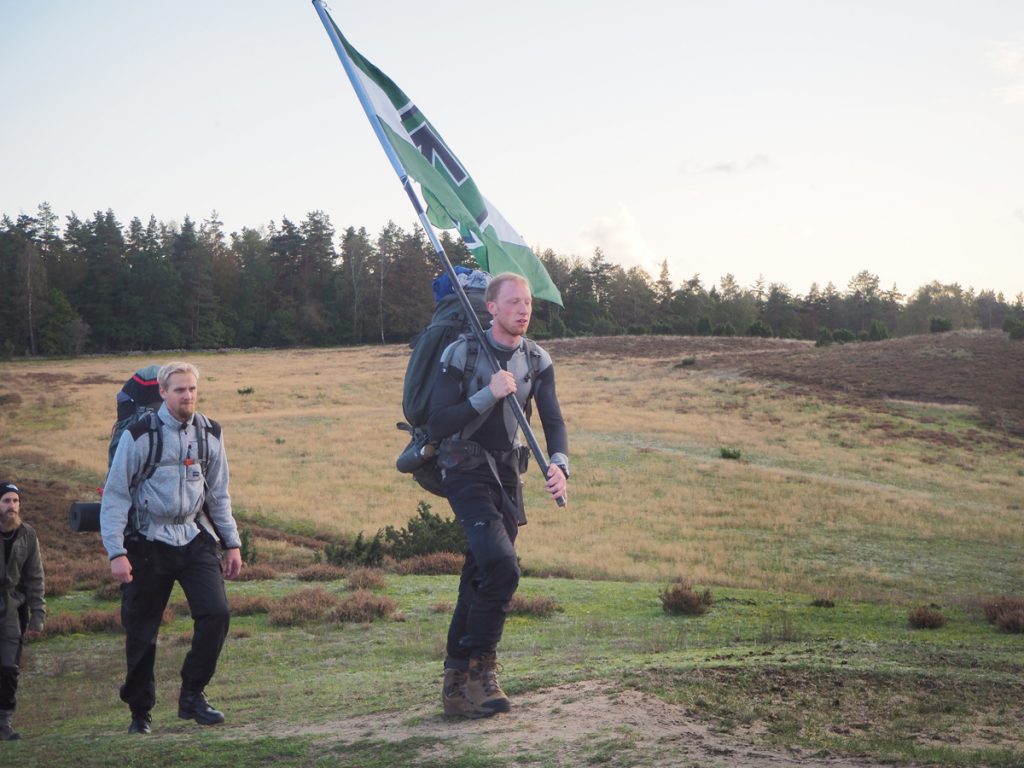 At the hike’s final destination, the comrades caught their breath and took satisfaction in having successfully achieved all the weekend’s challenges with little sleep or water and having walked 37 km through woods and over hills. 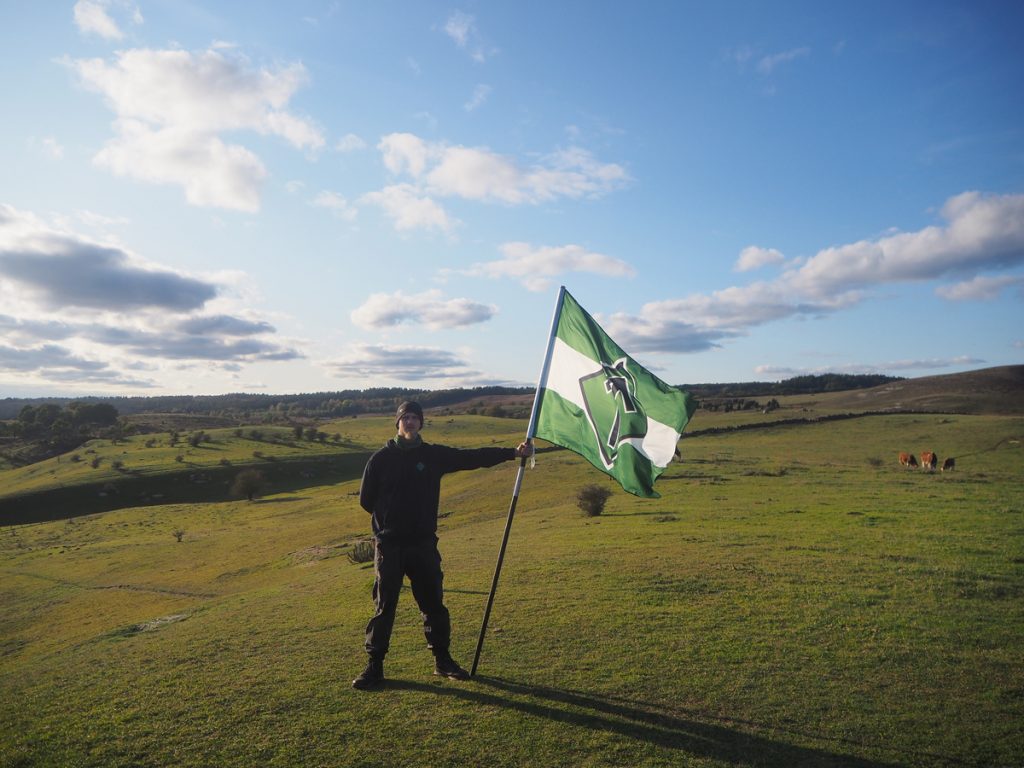