ACTIVISM. Sweden’s Nest 1 conducted a banner action from the Fredhäll Tunnel above the E4 road in Stockholm on Saturday, 30 January. 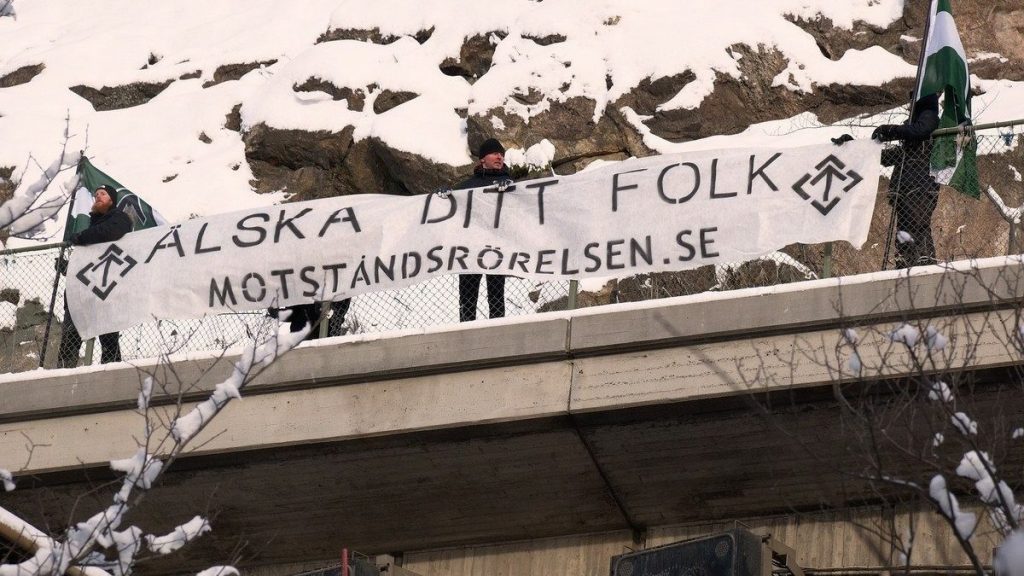 The group positioned themselves atop the tunnel with a new banner featuring a positive call to passers-by – “Love Your People” – which was flanked by flag bearers. The message was mostly well received by drivers, via waves, thumbs-up and a few arms raised at an angle forbidden by the system. 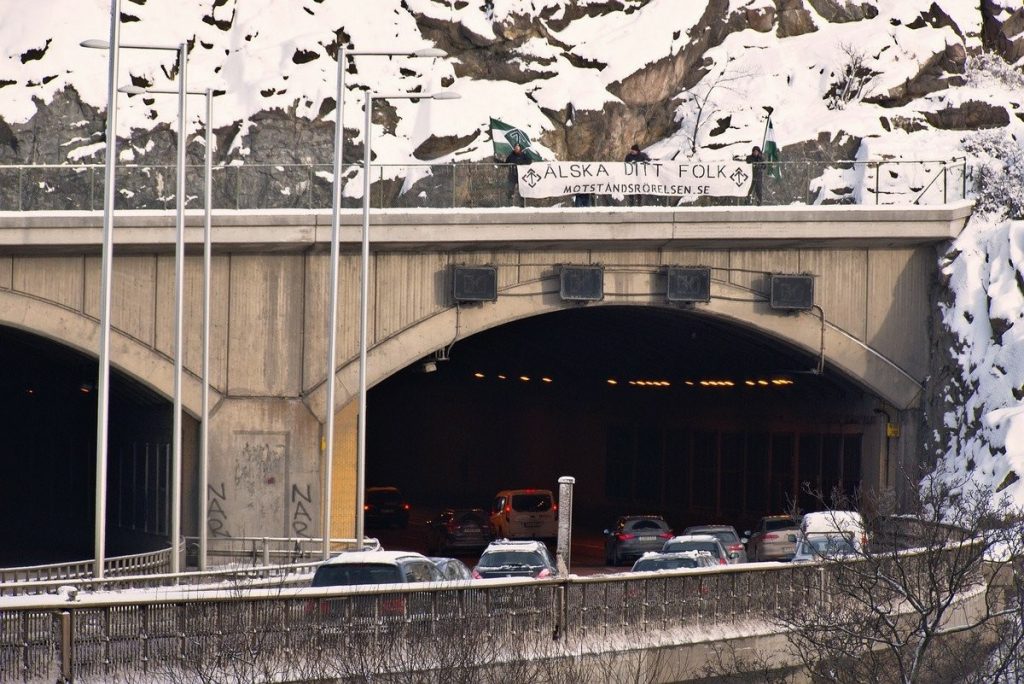 After the activity ended, the comrades met up with a second group who had produced more banners during the day. Together they enjoyed a barbecue and socialised until darkness fell.

Before everyone departed, it was decided to conduct a similar action on Sunday, as Saturday’s activity had been so successful.

With that settled, they met again on Sunday morning and repeated the same procedure as the day before. This time an additional banner was put up over another bridge before the day was concluded.

Love your people!
Join the struggle!