ACTIVISM. Activists from Sweden’s Nest 5 were in Ludvika on Saturday to deliver a pro-Nordic message ahead of the upcoming election. 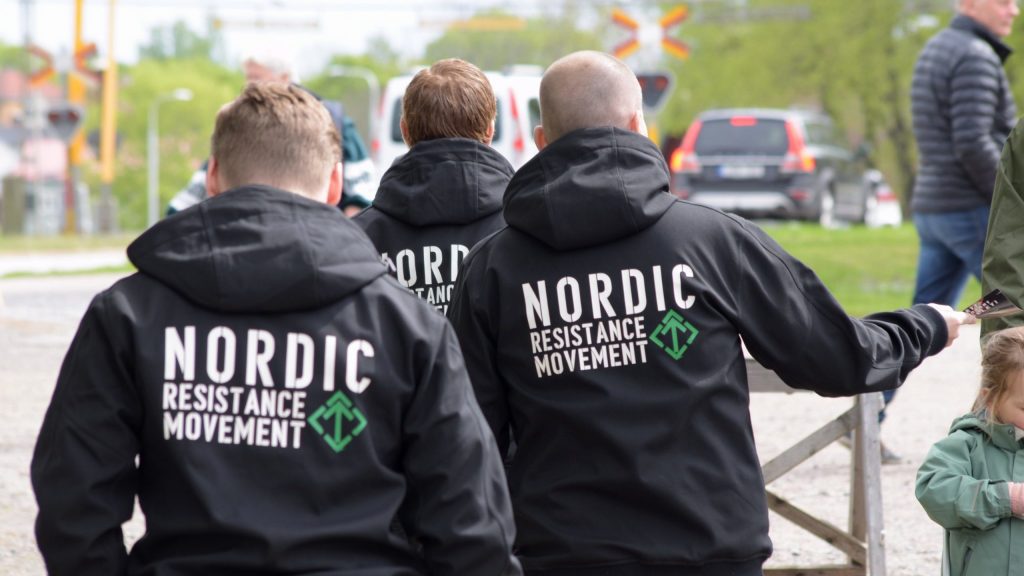 On Saturday 21 May, a number of activists went to various locations in Ludvika to hold public leaflet distributions in and around the town. A lot of people were out on the day, enjoying the spring weather and the things to see and do in Ludvika. Public activism took place at the Hammarbacken flea market, Ludvika town centre and the Lyviksberget retail park. 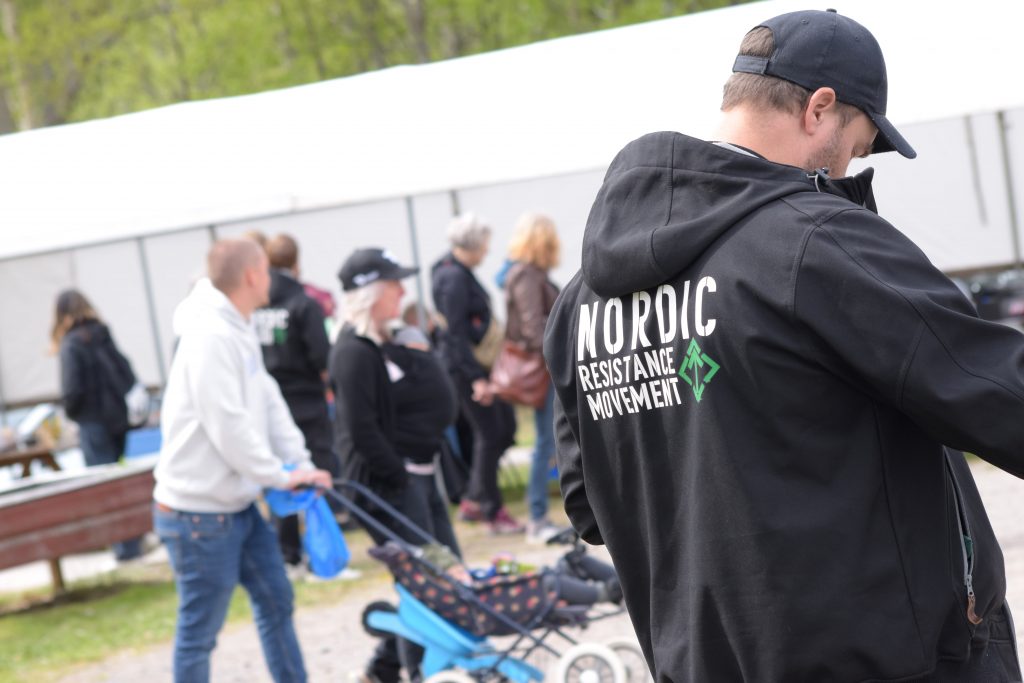 For the day’s activities, the Nest chose to continue the election campaign that began on the 1st of May celebration. This involved distributing the new leaflet “A Revolutionary Choice”, which encourages the reader to stop attempting to reform the system via parliamentary movements.

The leaflet “A Revolutionary Choice”:

In recent decades, we have seen various different nationalist parties come and go while the Sweden Democrats have become liberalised beyond recognition, to the point that they cannot even be called pro-Swedish.

This has happened at a time when Sweden has been transformed into the multiethnic and anti-cultural mess it is today, where almost every third inhabitant has a non-Nordic background and where Cultural Marxism has dissolved virtually all natural standards.

Even if it were once possible to bring about change just by voting for politicians, it is too late for that now. We need more action and fewer silver-tongued words. We need to create something new and stop reforming! 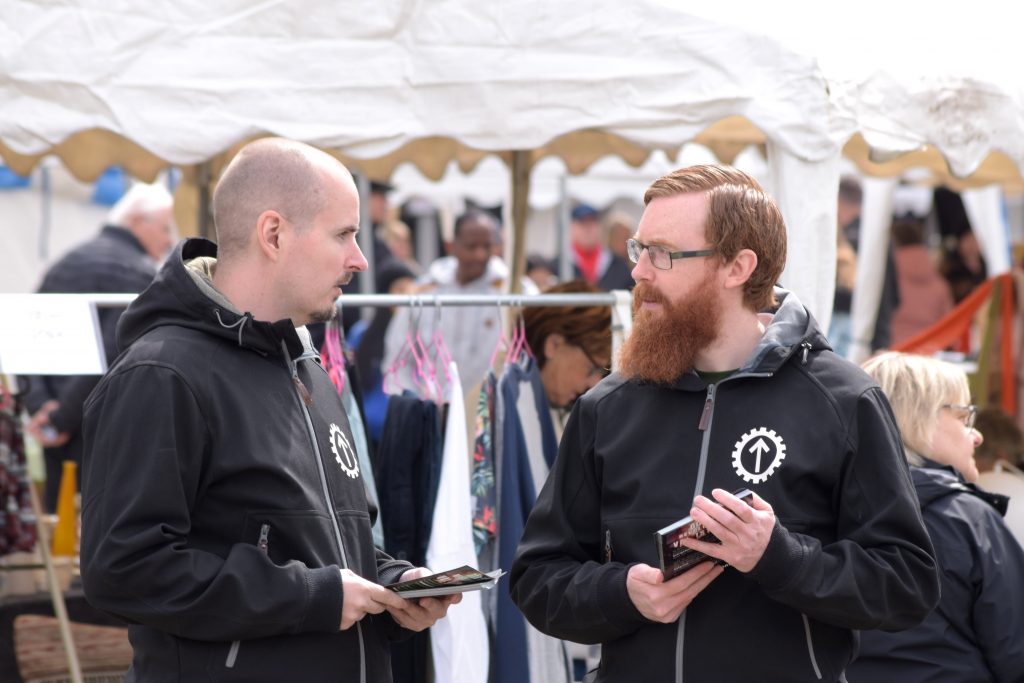 The activity went at a good tempo and the leaflets were all given out. During the distribution, the activists held both sporadic and extended conversations with positively and negatively minded passers-by. The day brought everything from isolated insults to people who agreed with the activists’ analysis of society. 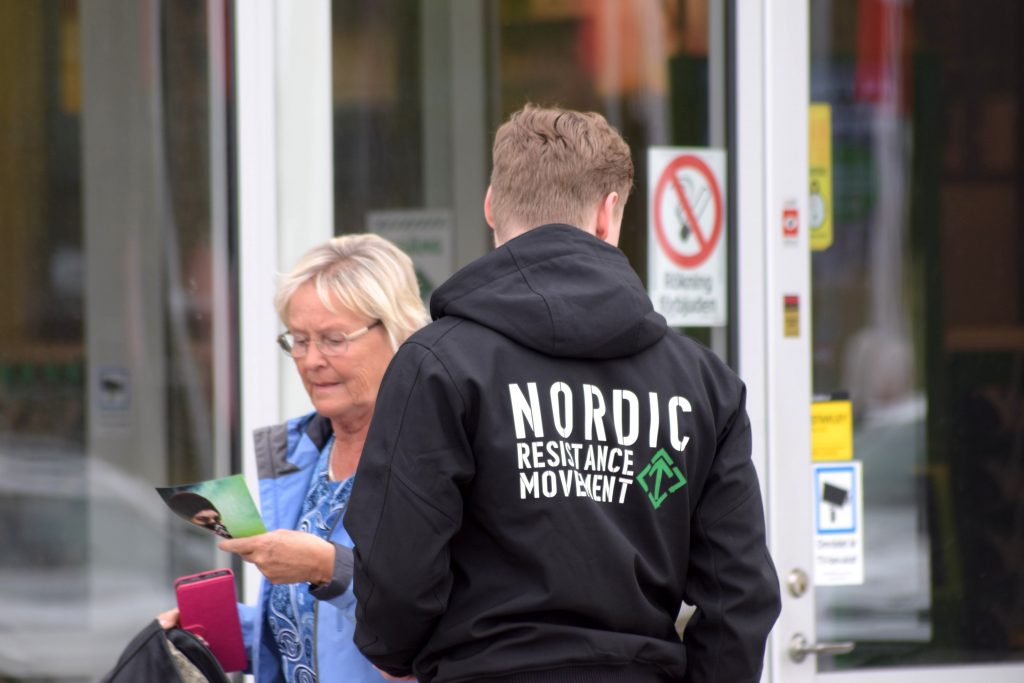