TRAINING. Sweden’s Nest 3 and Nest 7 met to train together in martial arts on 29 May. 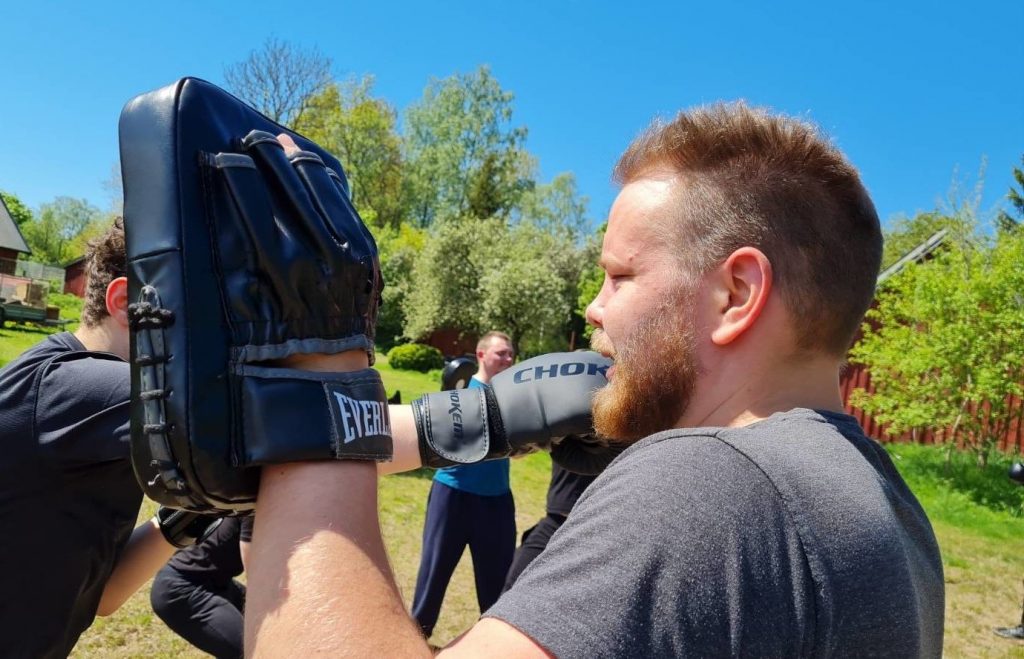 On Saturday, 29 May, activists and members from both Nest 3 and Nest 7 met to practise martial arts in northern Skåne.

They began with a warm-up, which consisted of running and various kinds of boxing mitt exercises.

It was one of the hottest days in a long time, which made it a tough and sweaty training session, with the participants taking a lot of short breaks to refill with water before continuing. As quite a few people had gathered, the comrades had the opportunity to fight in many different ways during the training, such as 4v1, 2v2, 3v4 and so on. 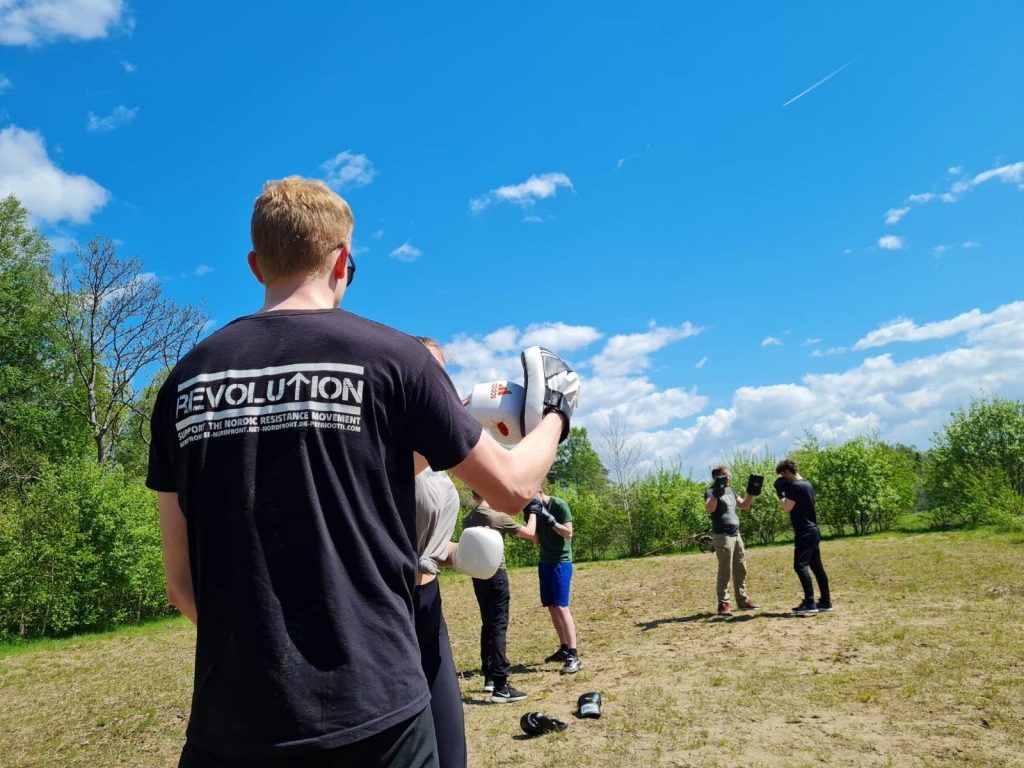 It turned out to be useful to spar against new people from another Nest and not only against those from one’s own, in order to further develop technique and ability. On several occasions, the spectators of the boxing matches had to remind the participants that it was just training and not a real fight. 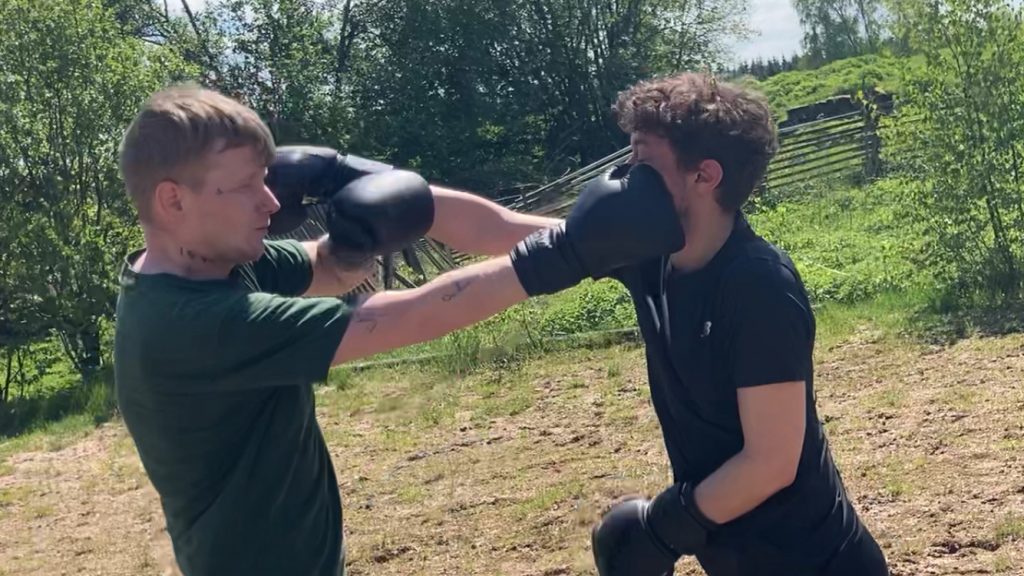 After the training, the group travelled to a nearby lake together to swim and cool down.

Next they grilled food and ate together to strengthen the community between the Nests and plan coming activities.