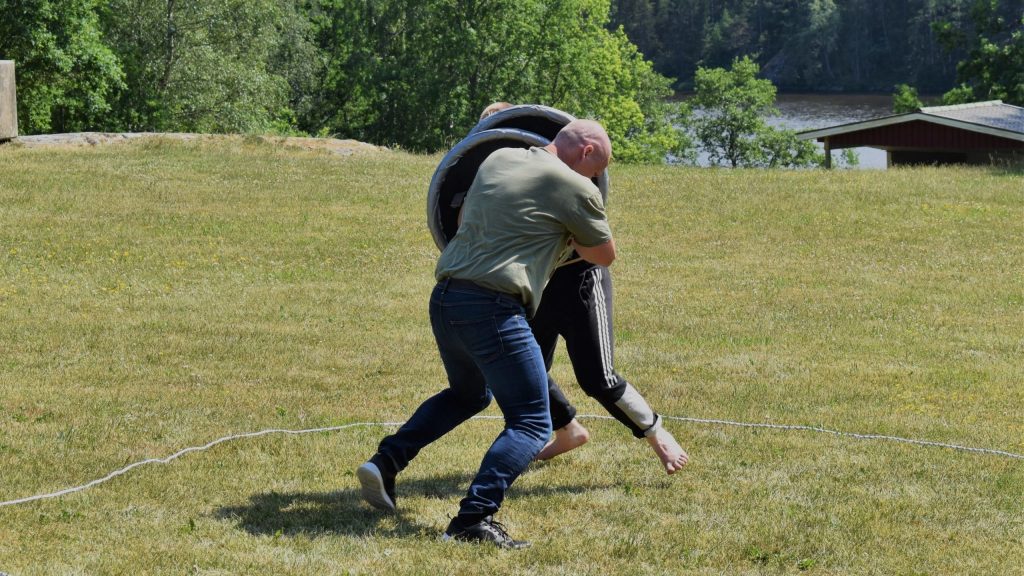 On 19th June members and activists from Nest 2 gathered at a beautiful, serene location outside of Uddevalla. Upon arriving at the venue, guests were welcomed by the pleasant sight of cheerful comrades and splendid log cabins outfitted with flags and a merchandise table. The atmosphere was good and uplifting and was perfect for both adults and children.

After some mingling and socialising, it was time for the Viking games. Courageous men and women both took part in this year’s games, with all competitors doing their utmost to win victory. All participants competed in the following events: 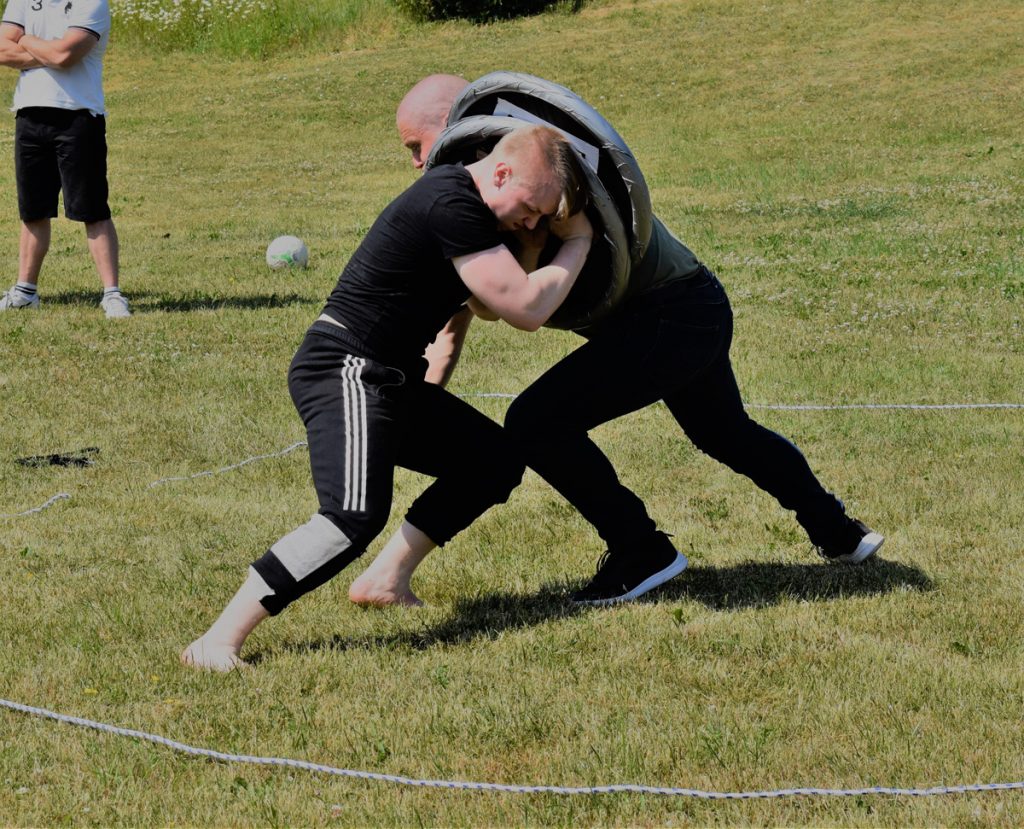 Although all the competitors bravely attempted to win glory and a wonderful prize, only one could be victorious. The Viking games served to strengthen comradeship, and all participants experienced true Nordic fighting spirit and strength! 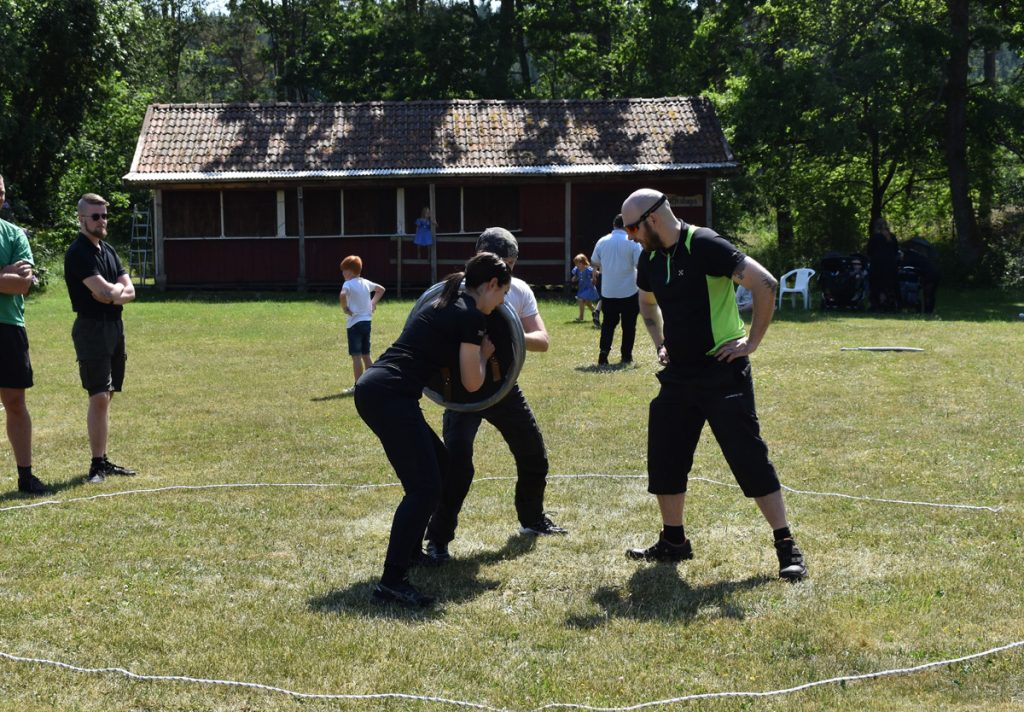 Naturally the comrades were hungry after the Viking games and deserved a hearty meal. The delightful midsummer food consisted of a whole grilled pig, new potatoes, a herring table and many other tasty accompaniments. All the guests appreciated and enjoyed the meal. After everyone had had their fill of the midsummer food, they moved on to bathe in the nearby lake. 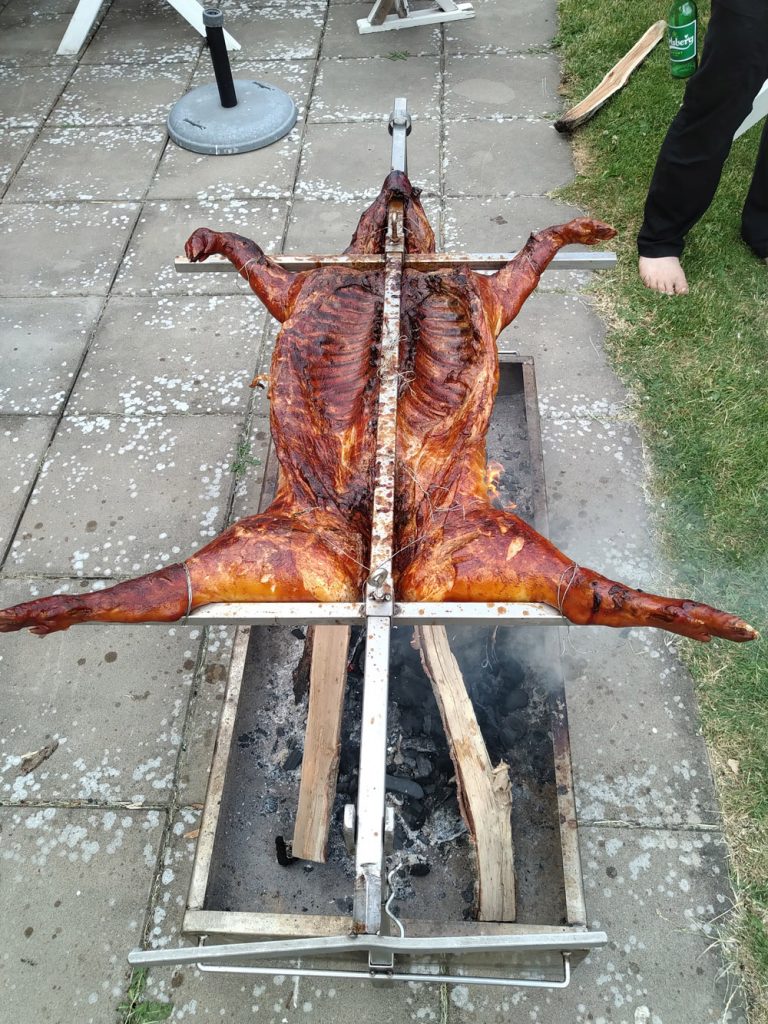 The summer solstice is the festival of the sun, and as such our Nordic people should remind themselves of the sun’s life-giving power. The Nordic people are the people of the sun! Individual sunrays can’t make a big difference on their own, but if they all unite with a common goal, they will create an eternally burning light of fanaticism, self-sacrifice and struggle that will spread across the world like a purifying fire.