RESISTANCE MOVEMENT. Sweden’s Nest 7 held their monthly meeting and a public banner action on Saturday 7 May.

Comrades in Nest 7 gathered in the Småland countryside to hold their monthly meeting on 7 May. They began with a study circle, which saw them review Race, Evolution and Behaviour by J. Philippe Rushton, a book about the differences in survival strategies between the races. After about an hour’s discussion about racial biology, it was time for food, which consisted of sandwich cake. 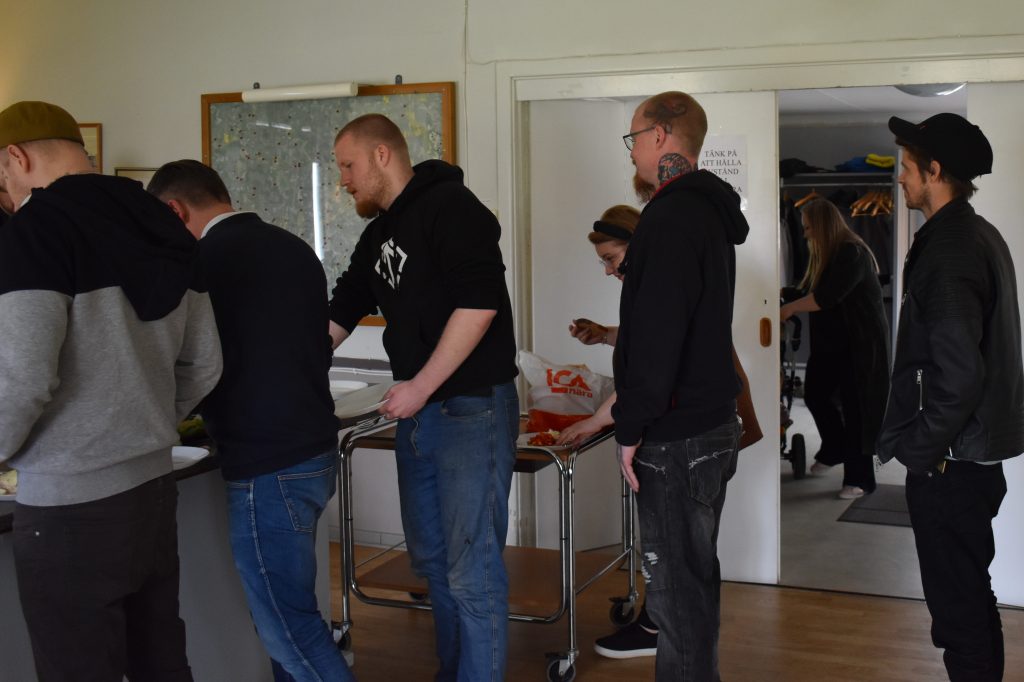 After lunch, the meeting was held. The attendees reviewed the past month and evaluated the activism conducted, before planning for future activities.

Following the monthly meeting, the activist group went to central Vetlanda to hold a banner action during a cruising event in the town. A long caravan containing everything from fine classic cars to modern sports cars – some of them very spectacular – passed through the streets. A lot of people had gathered in the town centre to see all the cars, almost all of them White people. 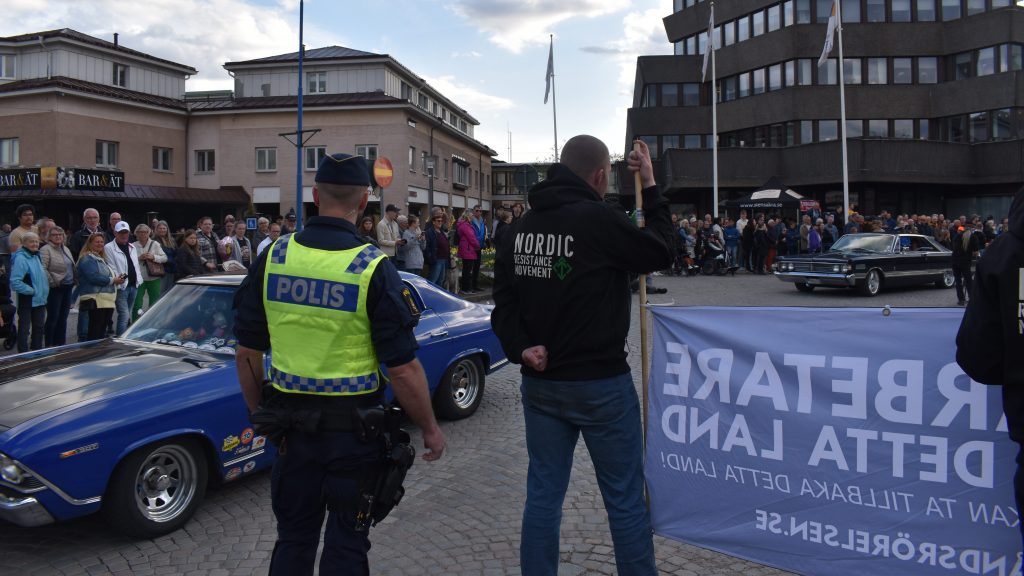 The police were present from the beginning of the activity. They were noticeably displeased that the Resistance Movement were there, but they did nothing to remove the activists. Presumably they did not want to show their true colours in front of the large crowd. However, the police did inform the activists that a report for a public order offence had been filed. 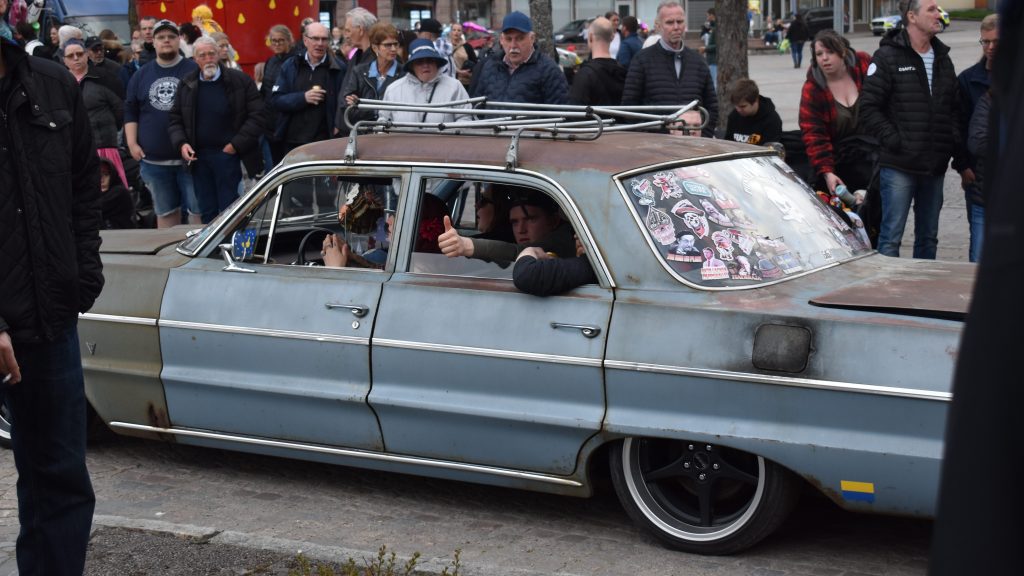 The activists received many thumbs-up and strong support from the motorists, and even though the police were on-site, some forbidden greeting phrases were shouted from the cars. 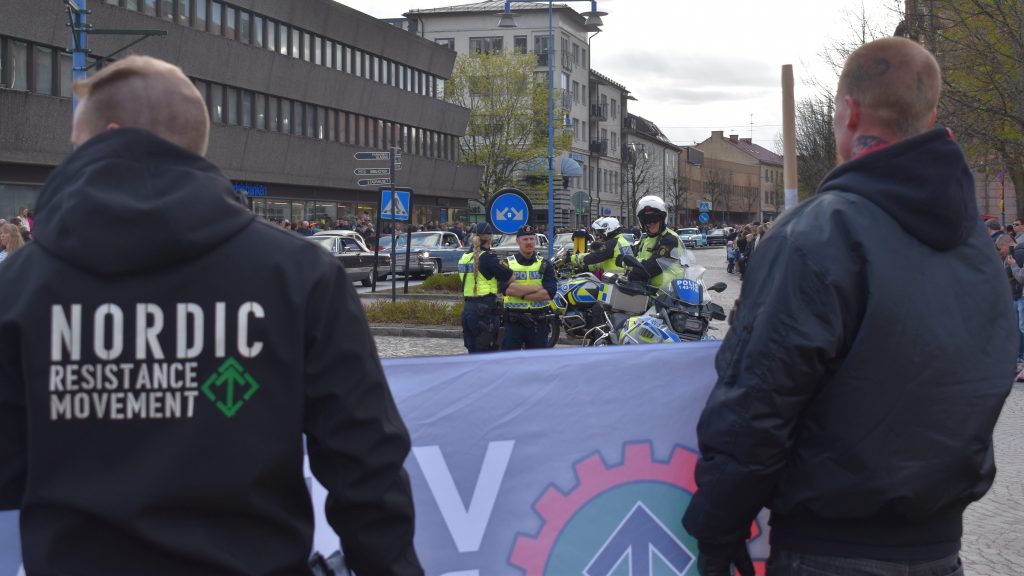 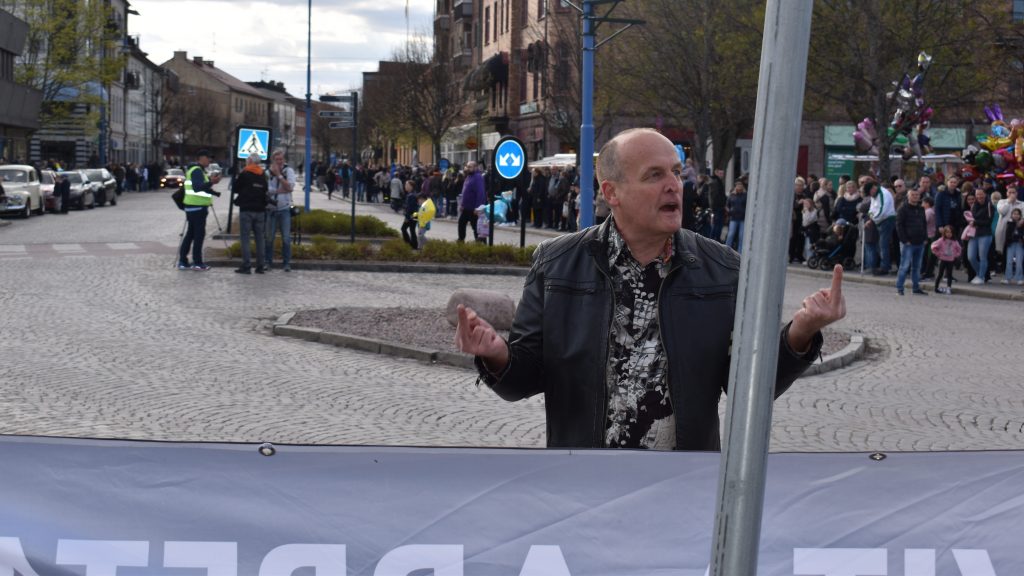 Only a single lone oddball came over to express his dissatisfaction, by standing in front of the banner and shouting insults in English. He then left the area, upset and still yelling at the activists. 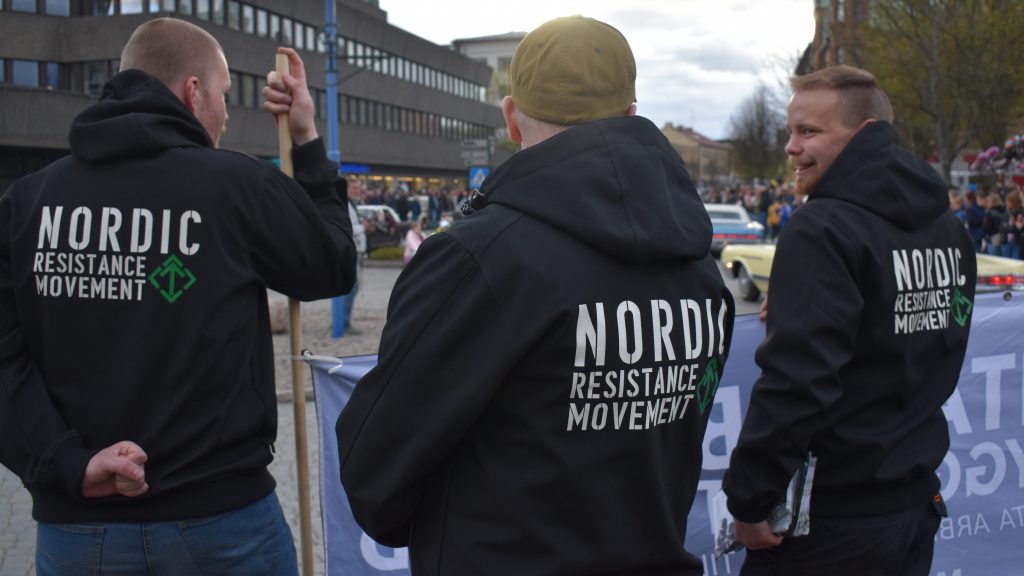 After the highly successful activity, the activists thanked one another and went home satisfied.