MEETING. The Nordic Resistance Movement has a history of helping farmers on farmers’ day, and this year was no exception for the tradition. 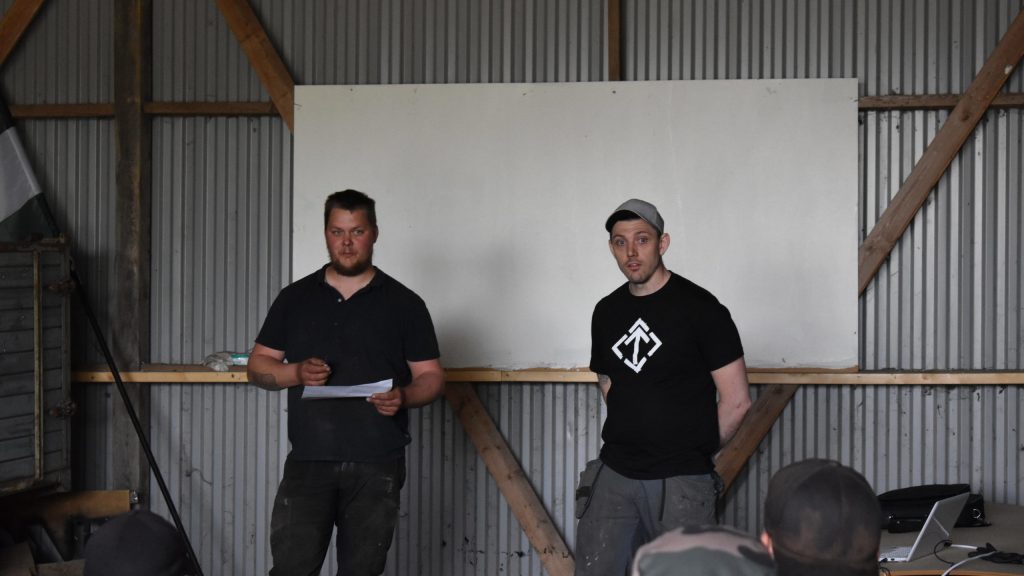 On farmers’ day the 10th May, members of Nest 2 gathered at the home of nest chief Jimmy Andersson for a monthly meeting, a meal of roasted pig, and some demolition work.

The day began with the monthly meeting, where the past month’s activities were reviewed, plans were made for the next month, and the day’s forthcoming work was discussed. 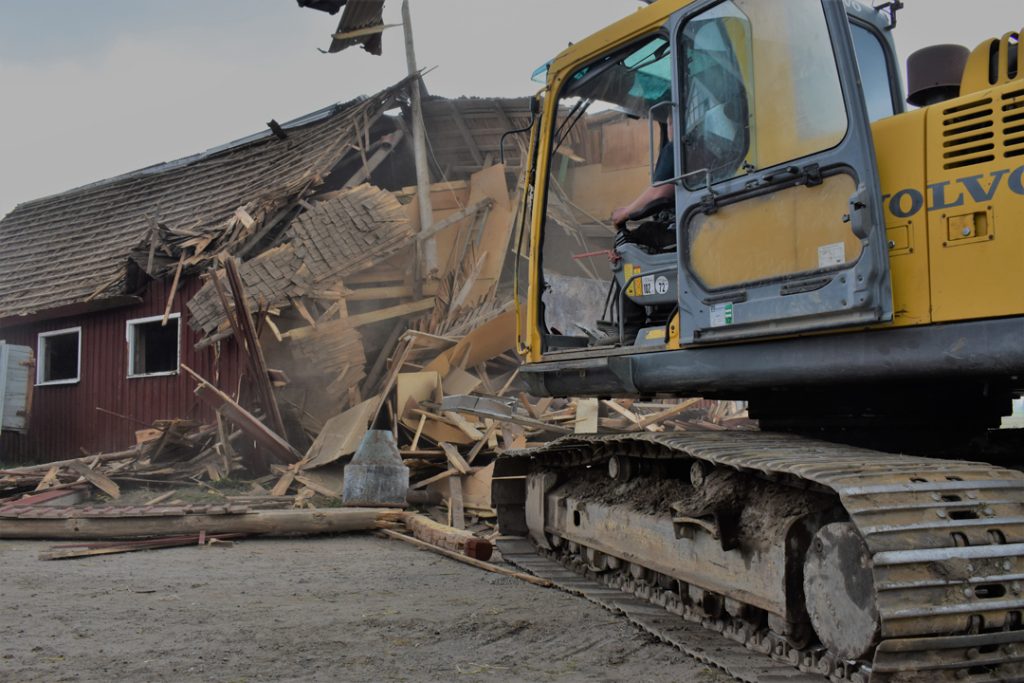 The group then began the demolition of a barn in order to make room for a future building project. Once the barn had been sufficiently dismantled, the job of removing all of the material began. This was done mostly by hand but also with the help of machines. 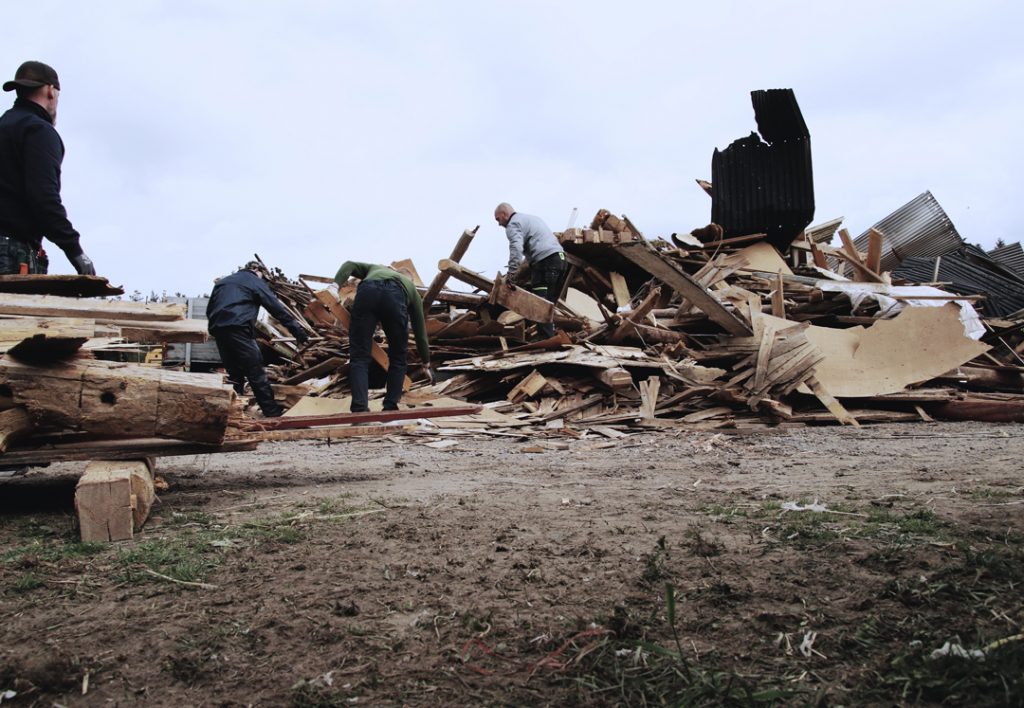 After the comrades had worked for a few hours, it was time for a break. Various types of coffee were served, and the food that would be enjoyed later in the day was prepared. 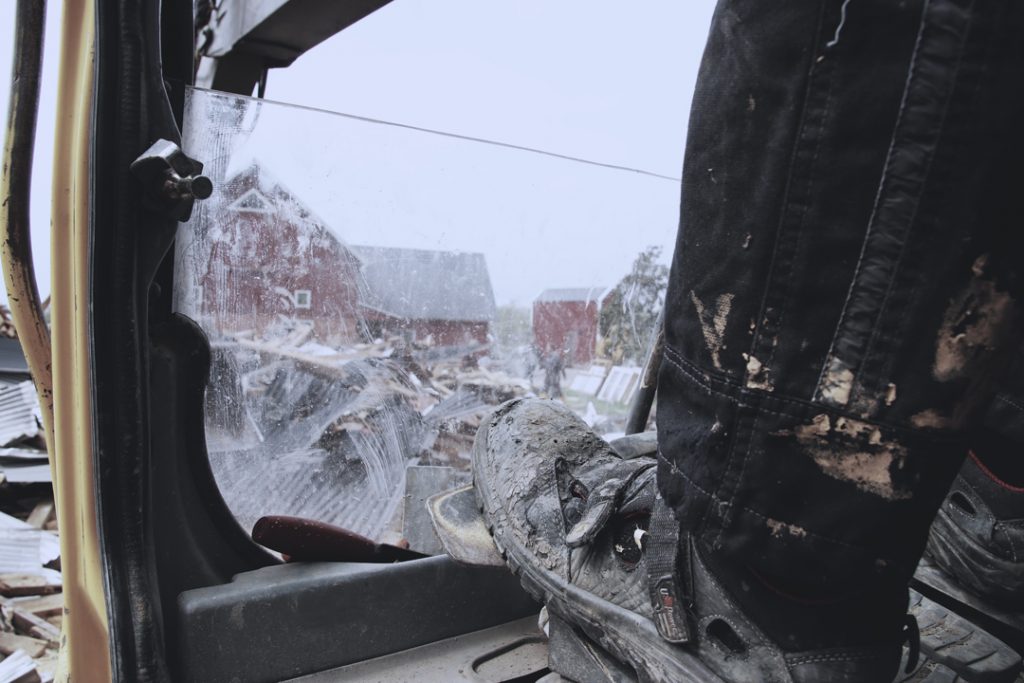 With new energy and good comradeship, the hours passed quickly and the day’s work began to draw to its end.

After the sterling work, most of the men were very hungry. The reward for their efforts was a whole roasted pig with trimmings, which proved highly popular. After the comrades had dined and socialised in true folk-community spirit, the day was brought to an end. 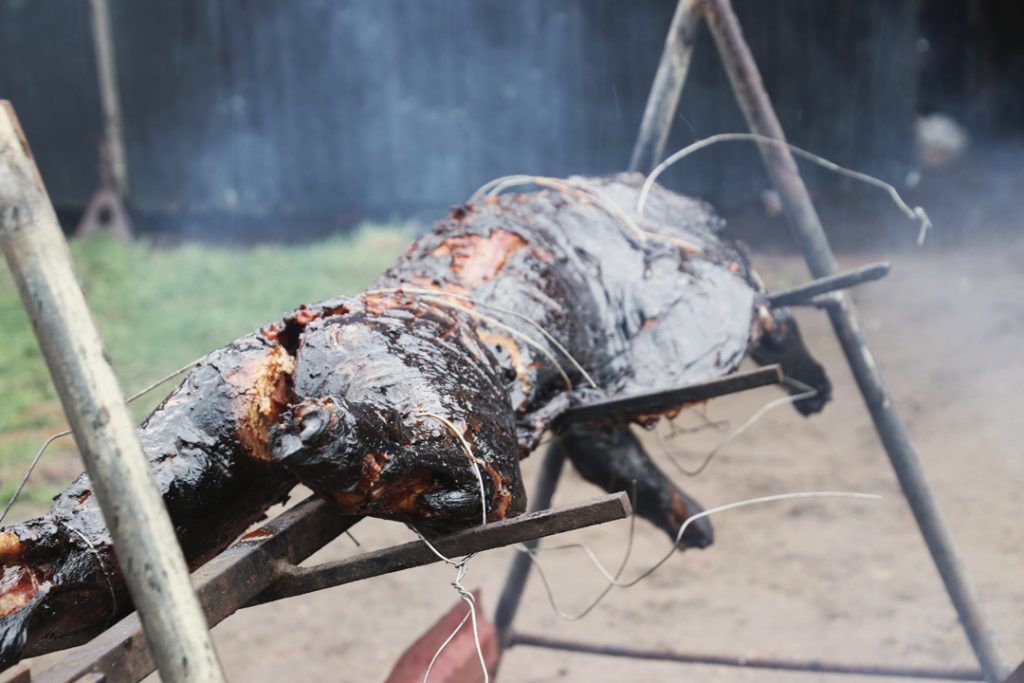