MEETING. On Saturday, 18 September, members and supporters went deep into the woods on the border between Norrbotten and Västerbotten to hold a monthly meeting, spend the night and record an episode of the Kulturbunkern web TV show. 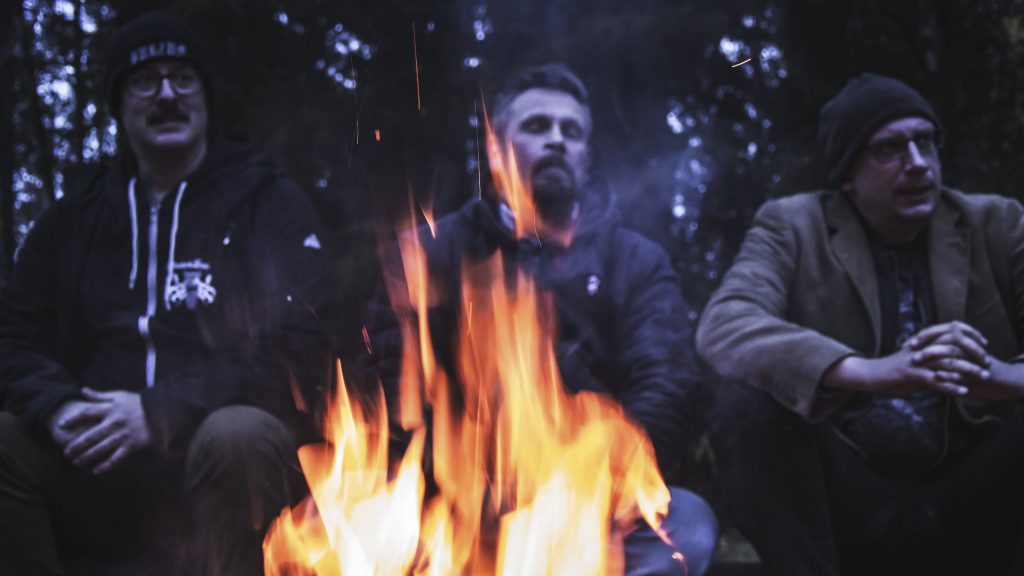 The plan was for everyone to arrive early and be ready for the monthly meeting, which was scheduled to start at 12 o’clock. However, these plans were dashed rather quickly when the location’s remoteness and inaccessibility became apparent to the various members of the group arriving by car. In increasing frustration, they attempted to navigate along a myriad of winding gravel roads deep in the forest with the help of a GPS and maps, searching for places that in some cases are not even marked on maps. The somewhat bewildering roads meant that even people who had been there before found it hard to reach the destination in time.

The goal was for everyone to get to the foot of the Vithatten mountain and the farm located there. The mountain has long been the subject of local legends and superstitions, and both the mountain in general, and the farm at its foot in particular, are said to be haunted by ghosts. This reputation and the incredibly beautiful view from the summit have made Vithatten a popular place to visit, and there have even been books written about it.

The main reasons for gathering here were to climb the mountain and enjoy the beautiful views the summit has to offer, as well as to record an episode of Kulturbunkern (The Culture Bunker) about the location and investigate how haunted it really is.

When the party had finally reached the final destination with sighs of relief, tents were erected, food was consumed and a successful meeting was held, before everyone headed up to the top of the mountain. Once at the summit, the group were treated to a fantastic view, which was further enhanced by the beautiful display of autumnal colours.

Back at the farm, the food that had been brought along was prepared, and the comrades warmed themselves by the fire as the temperature dropped. After stomachs were filled, the group sat and socialised, enjoying pleasant conversation while the darkness of twilight enshrouded them.

The comrades from Nest 6 also had the pleasure of receiving a visit from Nest 4 in the form of David Böhlin, who participated as a guest during the filming of Kulturbunkern. The participants then embarked on the strange, but fun, experience of hiking in the midnight darkness in search of ghosts.

The evening and the activity concluded after more socialising around the fire. The party then went to bed in a military tent with a stove that emitted a pleasant warmth and spared the comrades from the cold outside.