MEETING. Sweden’s Nest 7 held their monthly meeting on Saturday, 10 July, with a study circle and review of recent public activism. 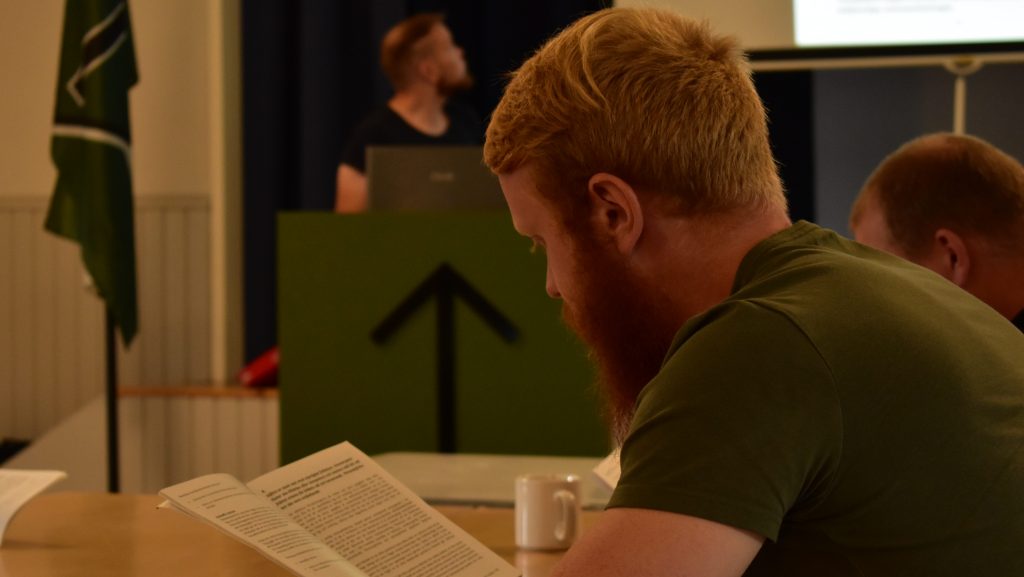 The day began with breakfast and a study circle. The attendees continued their studies of Our Path, reading and discussing the fourth chapter, which is about the future Nordic state.

Point 4 of Our Path, the political programme of the Nordic Resistance Movement:

Establish a powerful government with a strong oversight by the people. Positions of leadership will be awarded based on competence, and the first and foremost goal of the government will be to work for the good of the people and for their preservation. The right to freedom of speech will be extensive and protected. 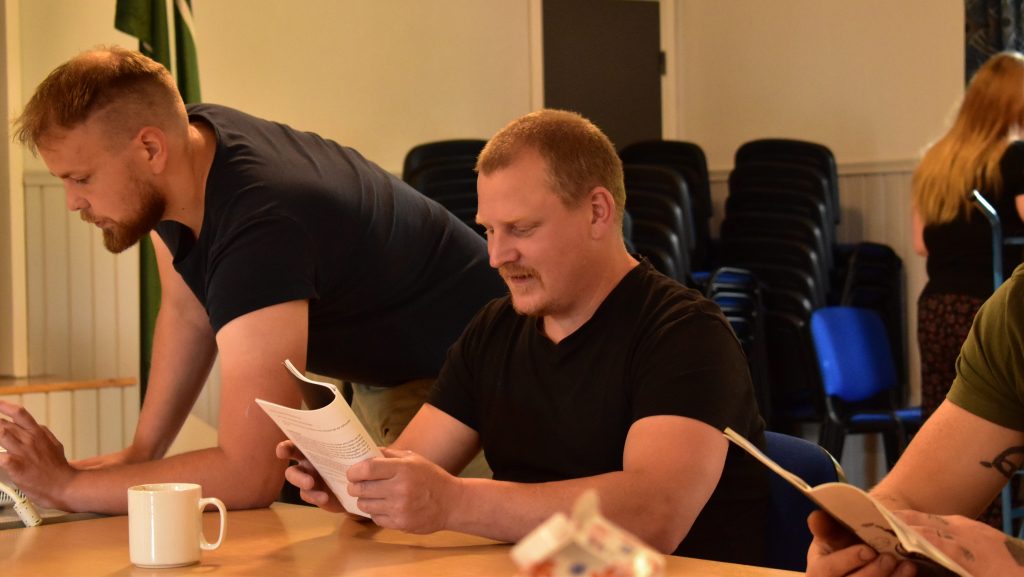 Nest Chief Hampus Maijala then held a speech about IT security, which covered the topics of encryption and how to communicate securely with comrades. 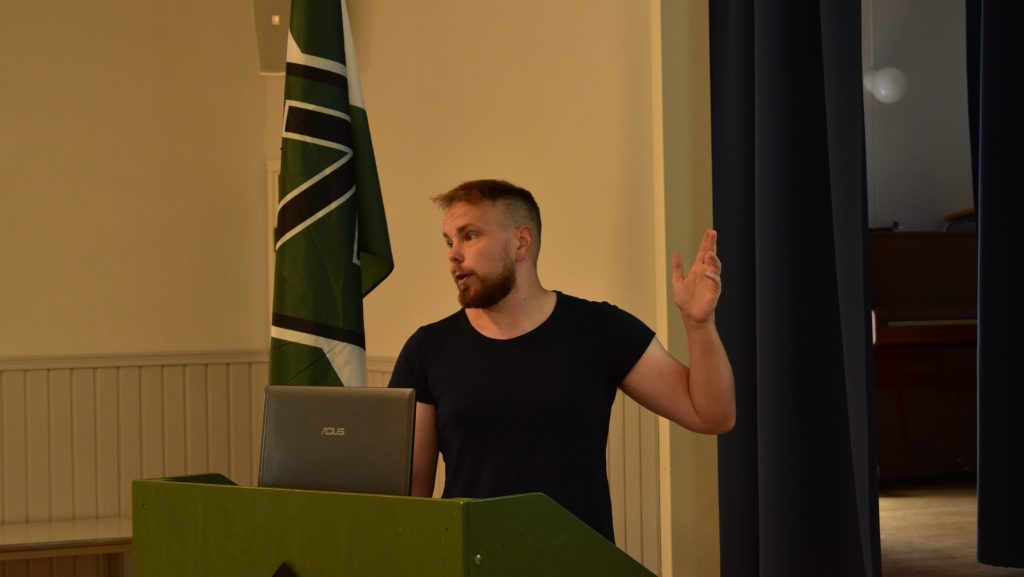 Before the meeting was held, it was time for the usual communal meal, which this time consisted of grilled fillet of pork and potato salad.

During the meeting, the month’s events were reviewed. The town square meetings in Vetlanda and Jönköping from the previous week were discussed, as well as the public action in Eksjö at the beginning of June. Lastly, plans for the coming month were made, before everyone bade their farewells until next time. 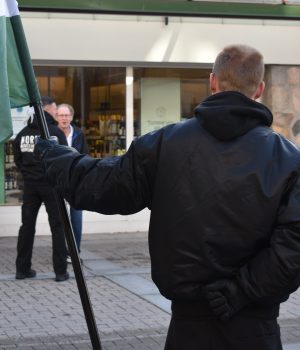