MEETING. At the beginning of October, it was once again time for Nest 8’s monthly meeting. Resistance men gathered deep in the woods of Södermanland from all corners of the nest. It was a beautiful frosty day, and the leaves on the trees shone in a blaze of colours. 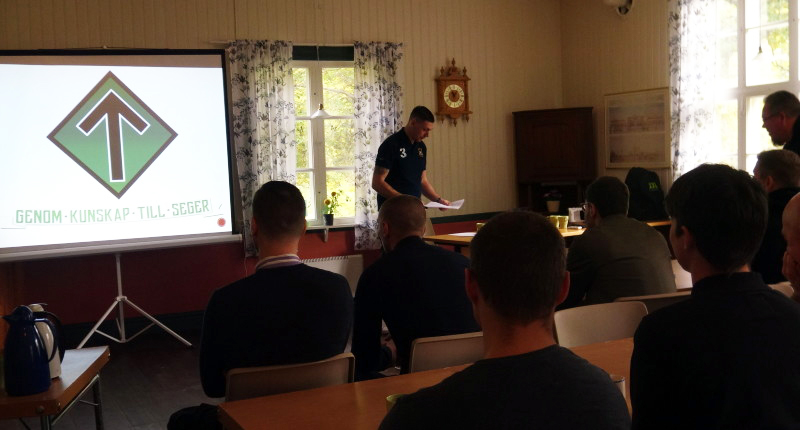 After introductory socialising and coffee, along with many welcome reunions, the meeting began with a lengthy presentation by guest speaker Martin Engelin from Nest 2. The theme of the speech was data security. Martin, who is very well informed in the subject, provided an extensive exposition of its various facets. Data security is a field filled with many potential pitfalls. Resistance men with varying degrees of IT skills – from boomers to zoomers – were enlightened as to how to avoid letting important details end up in the wrong hands. Members of the audience said it was the most comprehensive explanation of the subject they had heard. The resulting applause was warm. 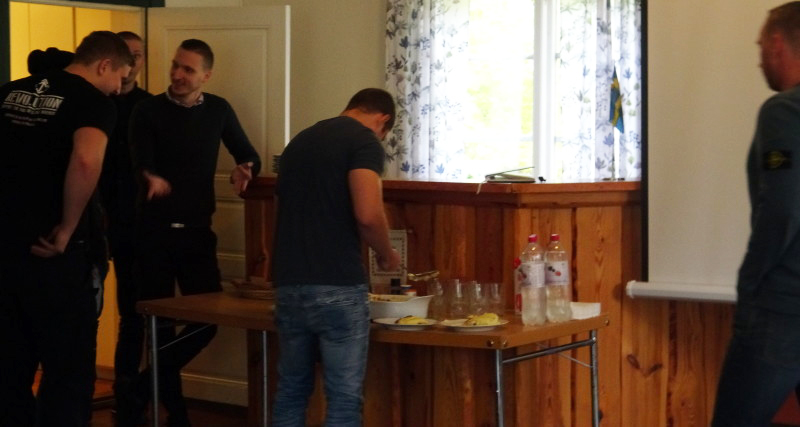 After the speech the organisers served a delicious meal prepared from locally produced foodstuffs. On the menu was shepherd’s pie and sheep cheese salad. It was consumed with a great appetite and praise for the chefs, and further helpings were enjoyed in large quantities. Consumption of the good food made the discussions intensive and merry, and the Resistance men had new energy for the next point on the agenda. 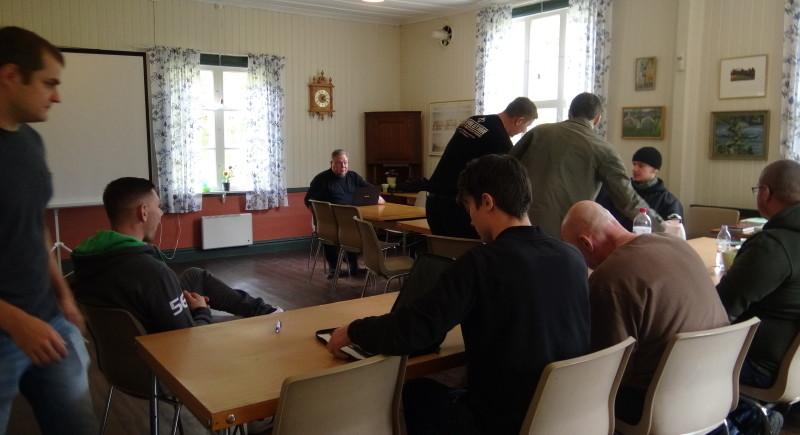 Jimmy Thunlind was the second speaker of the day. His summary of the previous month was clear proof that the nest is alive and well. Activities in the nest have been very frequent and have included leafleting, public activism, study circles and combat training. Vacant positions have been filled by new fighters, and people with obvious activist potential have come forwards. Finally, plans for the next month were detailed before the meeting came to a close.