MEETING. Nest 8 hold their monthly meeting, with martial arts training followed by a study circle focusing on the subject of the folk-community. 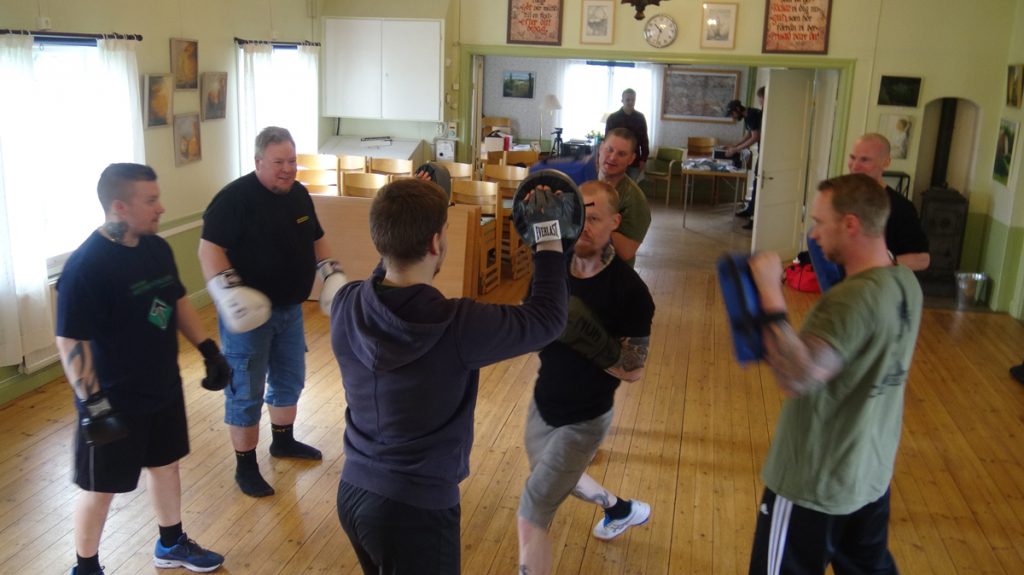 Nest 8’s monthly meeting took place on 3rd May and began with martial arts training, which included self-defence practice against attackers armed with a knife or baton. Those following the recent progress of the nest’s members and activists in single combat have observed impressive results from their training, with the average level of self-defence proficiency clearly increasing over the last few months.

The next item on the agenda was a study circle focusing on Sven Eriksson’s book Samhällets väl före egennytta [The Good of Society before Self-Interest]. The book mainly deals with the social politics of the Third Reich – the guiding principle of which was the folk-community – but also discusses many other aspects of daily life in Germany during that time. Below is a short taster of the nest’s analysis of the book:

The Nordic Resistance Movement advocates a version of National Socialism that is adapted to the Nordic countries and to our time. We are not interested in just looking back to another period in history with nostalgia; however, we regard it as self-evident that developments in Germany between 1933–39 constitute the most powerful testimony to date of the potential that exists in our National Socialist ideology.

In contrast to capitalism, liberalism and Marxism, in which work is regarded as one commodity among many others, human labour entails a higher value for the National Socialist. Its role on the individual level is to afford the worker self-improvement and self-realisation. On a collective level, the work aims to elevate and deepen the folk-community, showing the worker appreciation for his sacrifices, and in turn inspiring him even more in his work.

While the folk-community during the Third Reich encouraged self-sacrifice in the individual for the good of the people, the nation’s leadership was permeated by a concern for all its citizens. The Reich’s leaders strongly emphasised the principle of the folk-community entailing consideration for all Germans, including the weak.

The social politics of the Third Reich can be summed up by the term people’s welfare. The social reforms that Swedish social democracy implemented in the name of the folkhem, or People’s Home, were by and large carbon copies of those instituted by the People’s Welfare programme in National Socialist Germany after 1933. During that time, Swedish Social Democrat and Centre Party politicians undertook regular study trips to Germany to learn about childcare, extensive support for young families, generous holiday legislation and employment services.

After a hearty meal it was time for the monthly meeting itself, which began with a warm welcome to the nest’s new members.

Inspired activists were pleased to hear the news that the rest of the month will continue to offer lots of activism. Regular public activities are still on hold due to the corona crisis, but this doesn’t rule out more spectacular activities.

To conclude the meeting, a premiere was held for the nest’s media project: the nest film for Nest 8! The film presents the nest’s beautiful part of the country and describes the various activities that take place there. “A masterwork that shouldn’t be missed,” one attendee called it. The video will soon be published for public viewing on nordicresistancemovement.org. 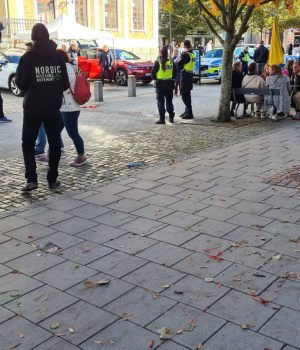