INTERVIEW. Anette, a member of the Nordic Resistance Movement’s Nest 5 in Sweden, has interviewed Vera Oredsson and Paulina Forslund about the role of women (and particularly the role of mothers) in the struggle. Here is the interview with Paulina. 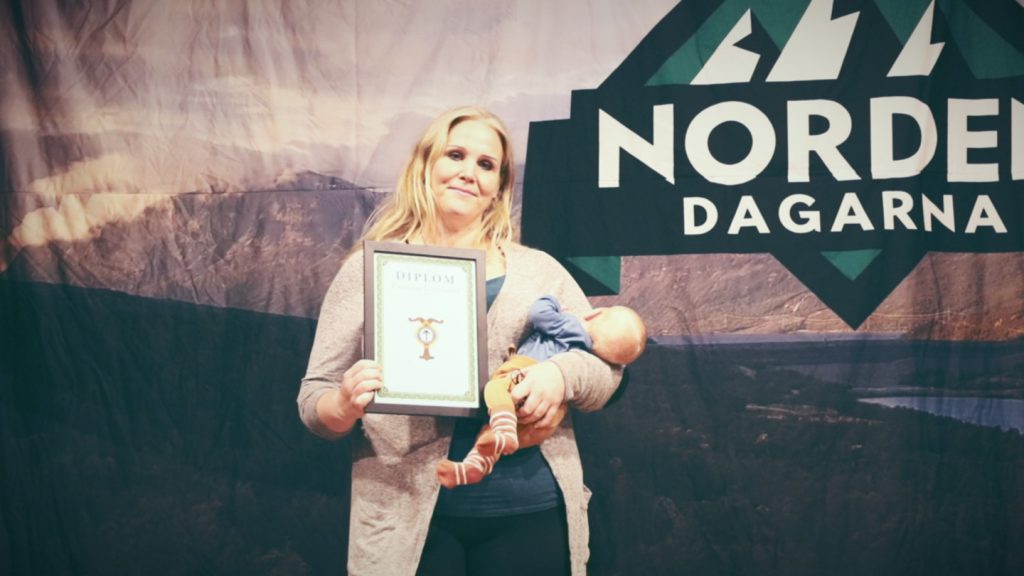 As there are more male members than female in our organisation, and because the women tend to become less active after they’ve had children, I’ve chosen to interview Paulina Forslund, who is a mother of nine children while also being active in the struggle. Below is the written interview.

Congratulations on the gold mother’s diploma you were given by the organisation at Nordic Days. How does it feel?

Firstly I was extremely surprised because I had no clue about it. When I was called up on stage, I almost got a little nervous. Apart from that, it’s obviously a great honour to be recognised in this way. I am immensely proud of what the diploma stands for and represents, and that I had the honour of being a part of that.

What do you think a woman’s role is in the struggle, and how can we use our gender to the struggle’s advantage?

One of the central pillars in my worldview is that men and women complement each other. Therefore I believe that we women are needed in the struggle just as much as men. I also know from experience that as a woman it’s sometimes easier to motivate other women to fight than it is for a man.

What is a mother’s role in the struggle, and how do you think a woman’s role changes when she has children?

A mother’s role in the struggle? I’ve never really thought in that way. I’ve viewed it from my role as a woman, as that naturally also relates to being a mother. When you have children (or in my case, more children), it can be a bit harder to have time for activities and the struggle. That’s why events like Nordic Days are great, as the whole family can be there.

How did your role change when you went from having two to three children to eight to nine children?

As I mentioned, you have less time the more children you have. It can sometimes be difficult to have time for everything. Even so I was probably most active when I had six children. But then it became a little too hectic at home when the second pair of twins came along.

My role organisationally is – how should I put it? – continuous. I have been involved so long that my role is in some ways a given. I hope I still motivate and inspire others today – men as well as women – to engage in the struggle for our people and coming generations. 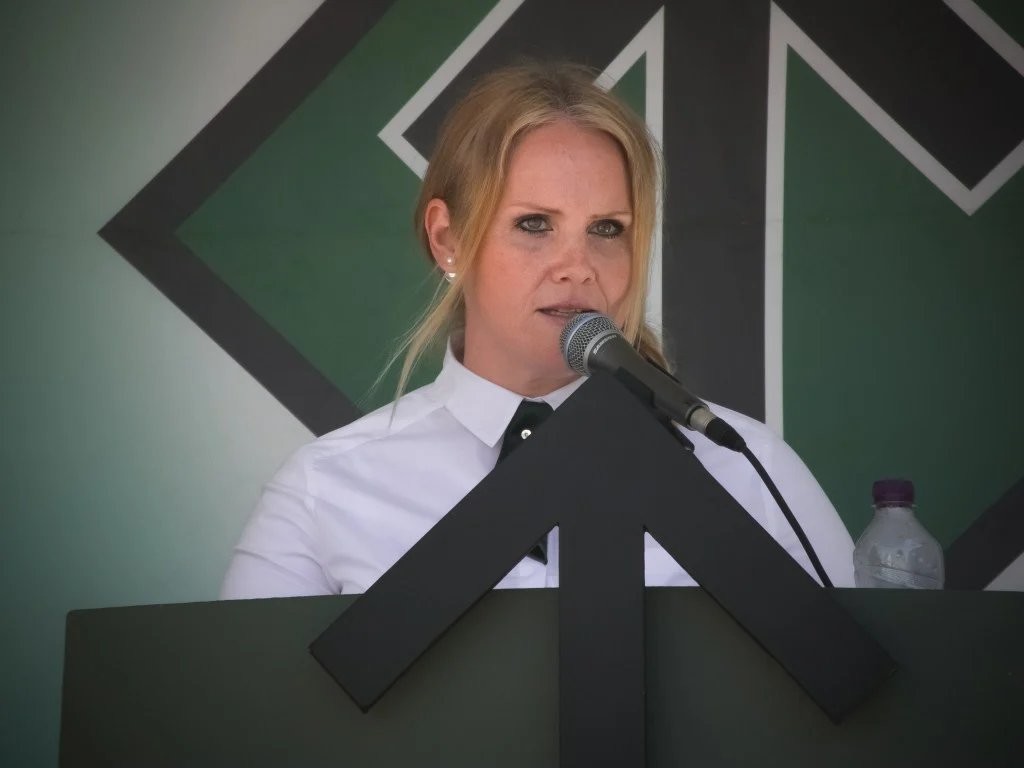 What are your tips for the best way to combine a mother’s role with the struggle?

Number one is to be familiar with what the Resistance Movement stands for and what National Socialism entails. If you are committed, you will fight, in one way or another, regardless of whether you have children or not. A more concrete suggestion would perhaps be to rethink things a bit. If you can’t go on demonstrations or more outward-facing activities anymore, maybe you can contribute in some other way.

Can men make it easier for women to be active in the struggle?

The most important thing is to support each other and value each other’s different roles. If that happens, I think it goes without saying that both can remain active. For example, one way would be offering your help to look after the children one evening so the woman can be involved in an activity.

Can the organisation and comrades around you help in any way so that mothers can be active National Socialists?

The most important thing is that comrades and the organisation show their appreciation. If you feel welcome as a woman and a mother, there is a greater chance that you’ll also be active. All sections of the people are needed! That can’t be emphasised enough.

Thank you for the interview, and congratulations again on the well-deserved distinction!

Related: Mothers in the struggle (part 2 of 2) – Vera Oredsson