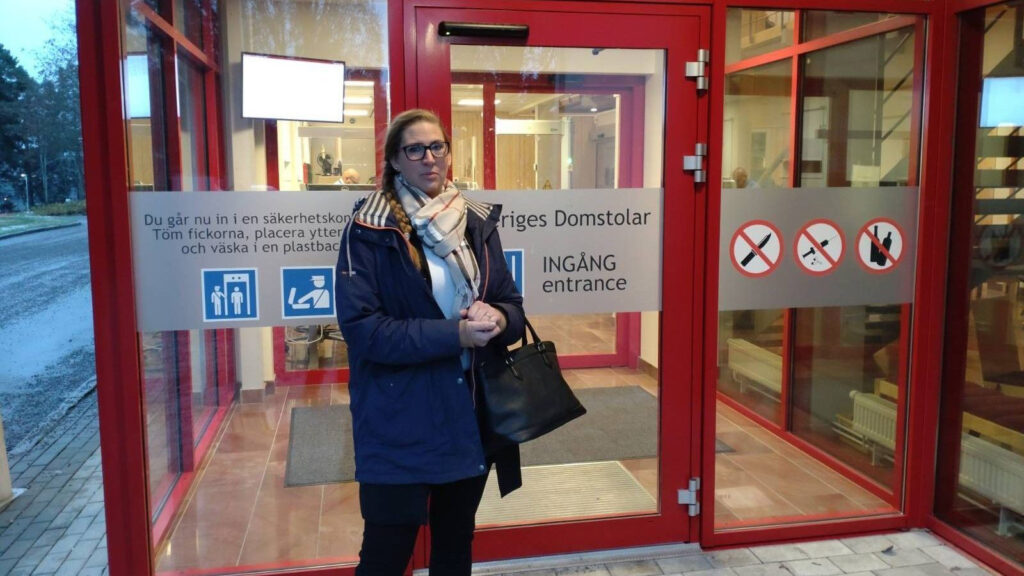 Emma Karlsson was charged for an image in the article Heavily guarded holocaust conference met by National Socialist laser, which depicted the text “The holocaust is a hoax!” projected via laser onto Malmö Synagogue, as well as a video featuring the same image.

The prosecutor claimed the message “The holocaust is a hoax!” is not illegal in itself (so far), but that the message appearing on a synagogue “mocks, insults and degrades the Jewish people” and is therefore illegal, according to Sweden’s oppressive anti-free speech laws. In addition, the prosecutor argued that the publication of such an image on a National Socialist website must be considered worse than its publication elsewhere.

Conversely, Emma’s defence lawyer argued that the action should primarily be seen as a political response to the holocaust conference that took place during the day – which brought together some of the world’s most powerful people, along with then prime minister Stefan Löfven – and, given the constitutional freedom of speech we have in Sweden, must therefore be considered legal. The lawyer added that the mere act of publishing images from such an action should be even less illegal, stating that equality before the law should naturally also apply to National Socialists.

Säpo’s chief analyst Ahn-Za Hagström was also present to testify for the prosecution about what a terribly nasty and evil organisation the Nordic Resistance Movement is; although the exact purpose of this testimony in relation to the charges facing Emma Karlsson was unclear. It was notable, however, that Hagström snuck in the back door of the court and exited it just as quickly, even though she was accompanied by two plainclothes bodyguards and six uniformed police officers.

In addition to the group of people who were at the trial to support the accused, a school class also sat in the audience. During the course of proceedings, they heard quotes from the Nordic Resistance Movement’s political programme Our Path in the prosecutor’s long tirades. 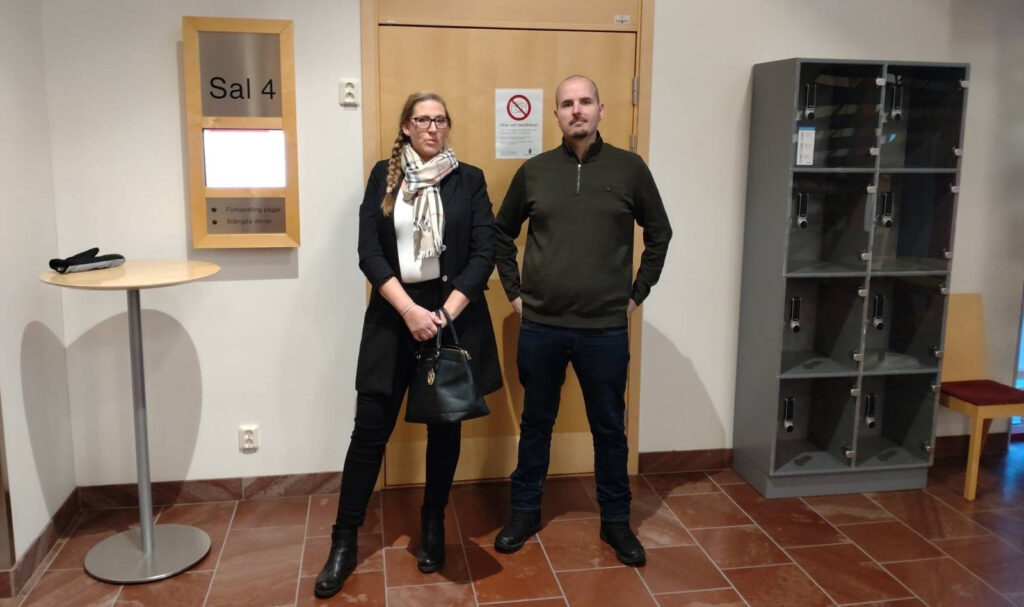 Also present was the leader of the Nordic Resistance Movement, Simon Lindberg, who gave the following comment about the case:

“If the prosecutor gets his way, it will lead to further erosion of our freedom of speech. If, in deciding this case, they make it illegal to project the message that the holocaust is a hoax on a synagogue, the next step will be to make it illegal to state that the holocaust is a hoax at all, regardless of where or how you do it. After that, it will be illegal to even question details about the holocaust. This is precisely how it works every time a new area of speech is declared illegal on the basis of incitement to racial hatred. One step at a time, serious restrictions are made on our freedom of expression.”

The prosecution demanded a prison sentence of three months for the previously unconvicted mother-of-four. The verdict will be announced on 15 December.