NATIONAL DAY. Nest 5 met in the summer sun to celebrate Sweden’s National Day in a spirit of fellowship on 6 June. 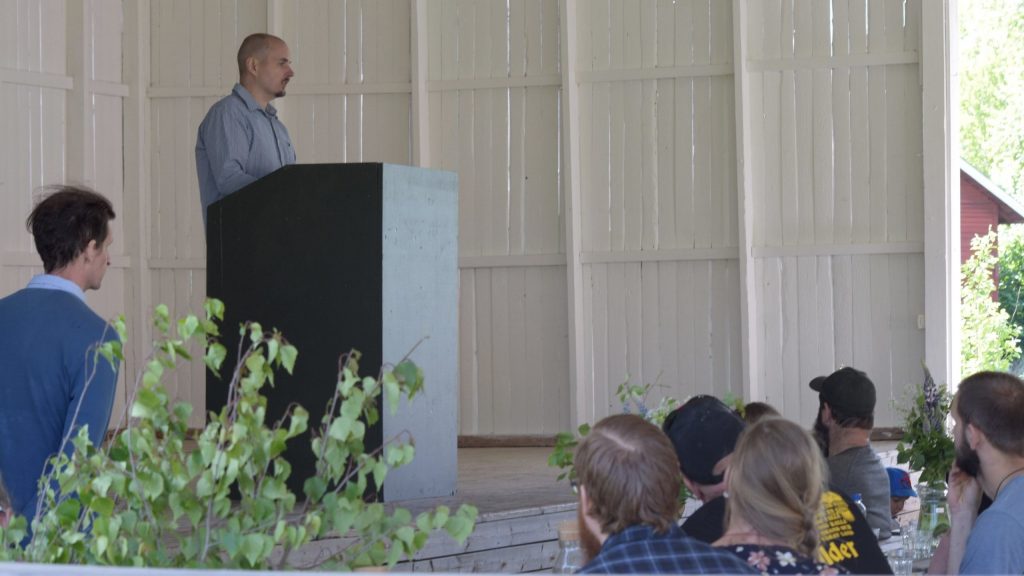 On Sweden’s National Day, Nest 5 members and activists gathered in a pleasant venue in the south-western woods of the Bergslagen district. After arrival and a little mingling, the first part of the day – the monthly meeting – began. The meeting started with some general information to give the audience a clear picture of the current situation in the Nest. After everyone had been informed of the most important points, the meeting moved onto its second part, with the member and activist groups holding their own meetings, which included discussions about all kinds of matters concerning the past and future struggle.

After the monthly meeting, the final preparations were made ahead of the National Day celebration. When the time came, the Nest and a number of new supporters sat at the neatly arranged long table to wait for the day’s emcee, Nest Chief Pär Sjögren. Sjögren bid everyone welcome and briefly explained how the day would progress. The guests could expect lunch with accompanying National Day cakes, plus two short speeches from the leader of the Nordic Resistance Movement, Simon Lindberg, and the National Council member Pär Öberg. 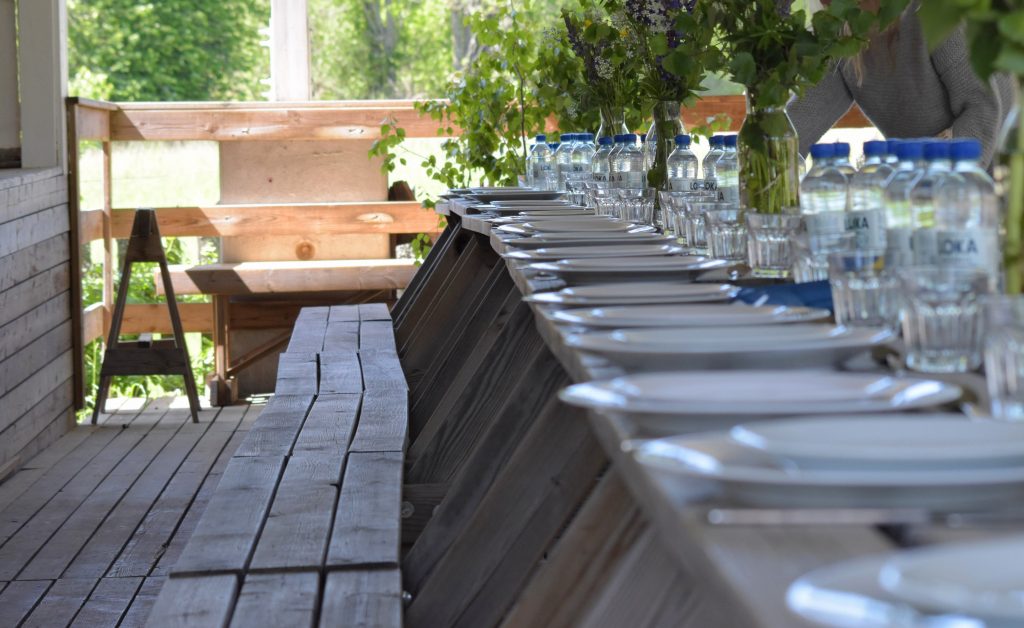 When both the adults and children were full from the lunch prepared by the organiser group, Simon Lindberg stepped up to the podium. The attendees quickly quietened their conversations and turned their attention towards the stage. Lindberg’s speech was about the celebration of National Day itself, but also the election campaign that Resistance Movement members and activists are conducting throughout the year. 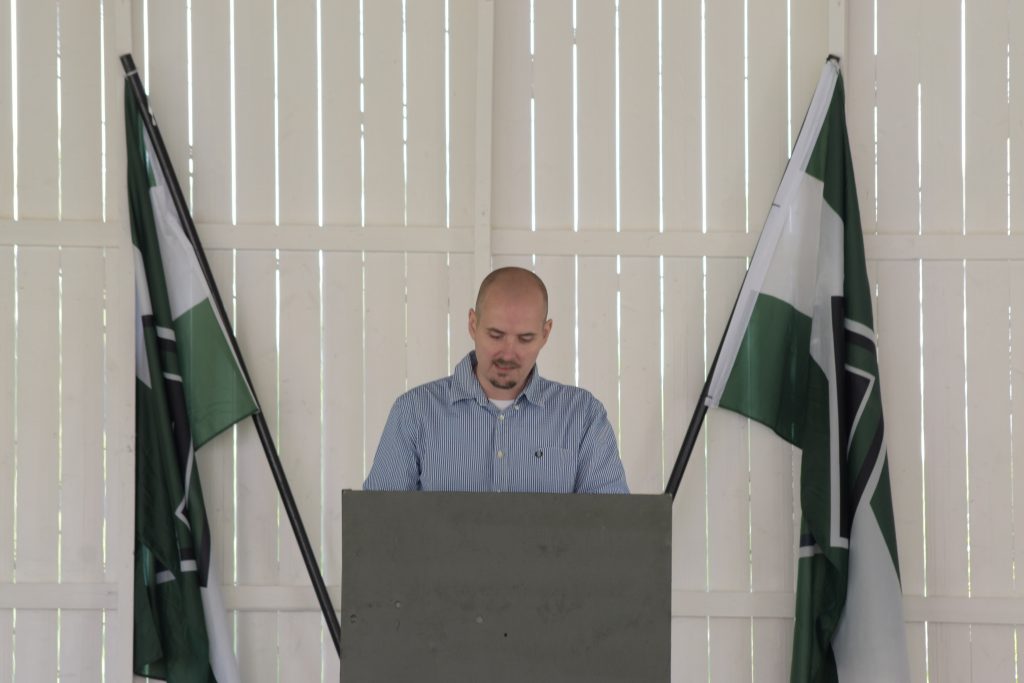 If not you who are here today, you who are members and supporters of the Nordic Resistance Movement, you who have progressed so far that you have travelled to a National Socialist celebration with pride in your chests to celebrate our people on Sweden’s National Day – if you do not give everything for the struggle, then how can we expect others to do it?

By all means, I hope you have a really nice day here today. I hope you have eaten well and get to experience a fantastic day of community and comradeship. I hope you feel true pride and increased self-esteem today – that you will be strengthened and, in a small way, become even better versions of yourselves.

But, I also hope that I will be able to stand side by side with you on the streets tomorrow. Because the fate of the Swedish people depends on it, far more than it depended on whether or not Gustav Vasa was crowned king 500 years ago. It is about us that the history books of the future will be written. It is our revolution that will be the date of the future Nordic National Day!

After Simon Lindberg’s thought-provoking and motivational speech, it was time for the traditional National Day cakes, which consisted of an abundance of strawberry cream cakes and rhubarb pies. As the long queue of Northmen of all ages received their well-earned desserts, the sound of conversation around the crowded table rose once again. 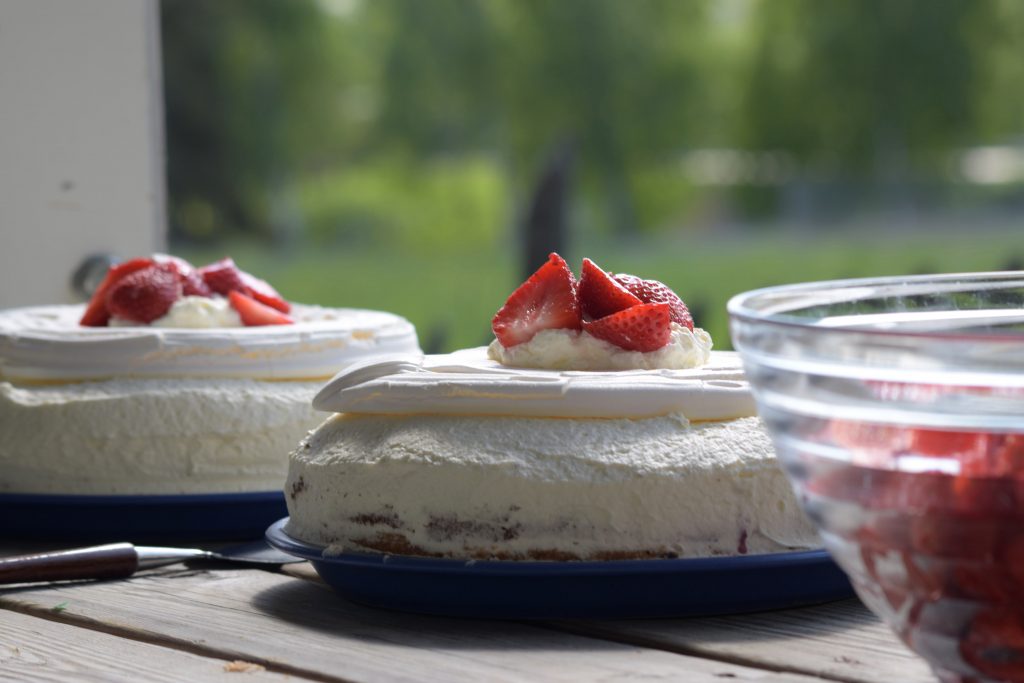 After the summer desserts had been consumed, Pär Öberg, a member of the Nordic Resistance Movement’s National Council, took to the stage. His speech was slightly more light-hearted in nature and focused exclusively on the election campaign facing the Nest. Öberg began by highlighting the corruption that pervades Ludvika municipality, before talking about how the local government combats the Resistance Movement and what approach the Nest should adopt in municipal elections in general. 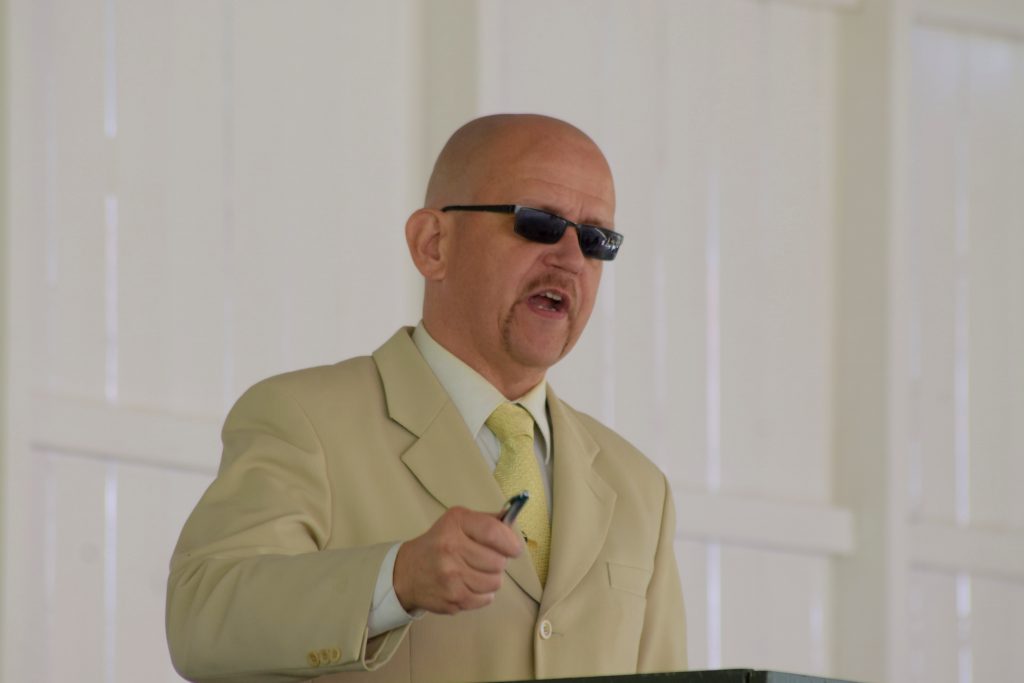 With the end of Öberg’s speech, the agenda for the day came to a close. The members subsequently tidied the venue and the veranda, then said their goodbyes and thanked one another for the successful event.