NATIONAL DAY. Members and activists from Nest 3 celebrated Sweden’s National Day in a spirit of folk community on 6 June, with much food and drink. 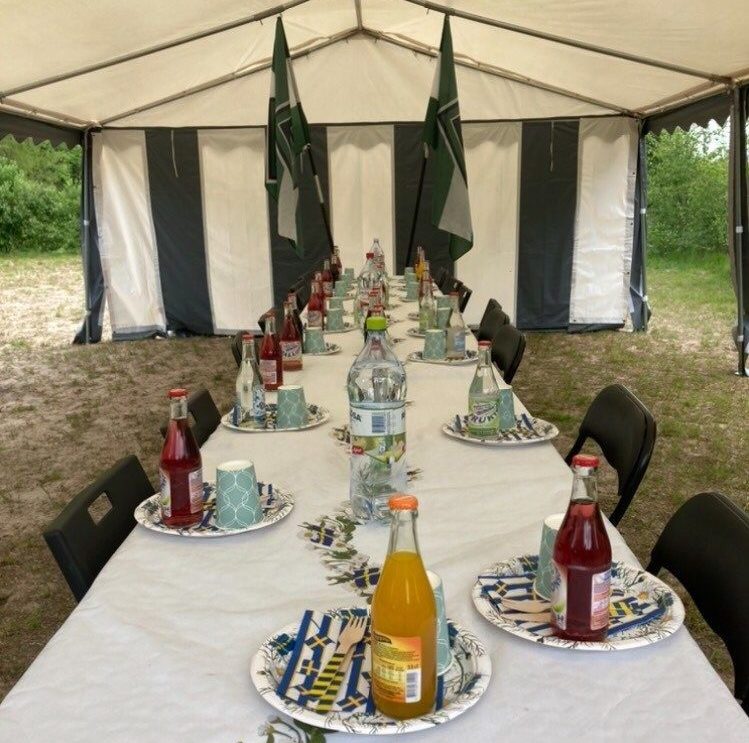 In the warm summer sun, members, activists and sympathisers gathered on National Day to honour Sweden and the Nordic motherland.

The Nest had prepared a feast for the big day, with a lot of meat accompanied by a tasty pasta salad. While the meat cooked on the grill, some of the attendees took the opportunity to shoot air rifles, while others sat and chatted in the sun.

Before enjoying the food, Tobias Malvå held a short opening speech with an homage to the Swedish people and their illustrious history. 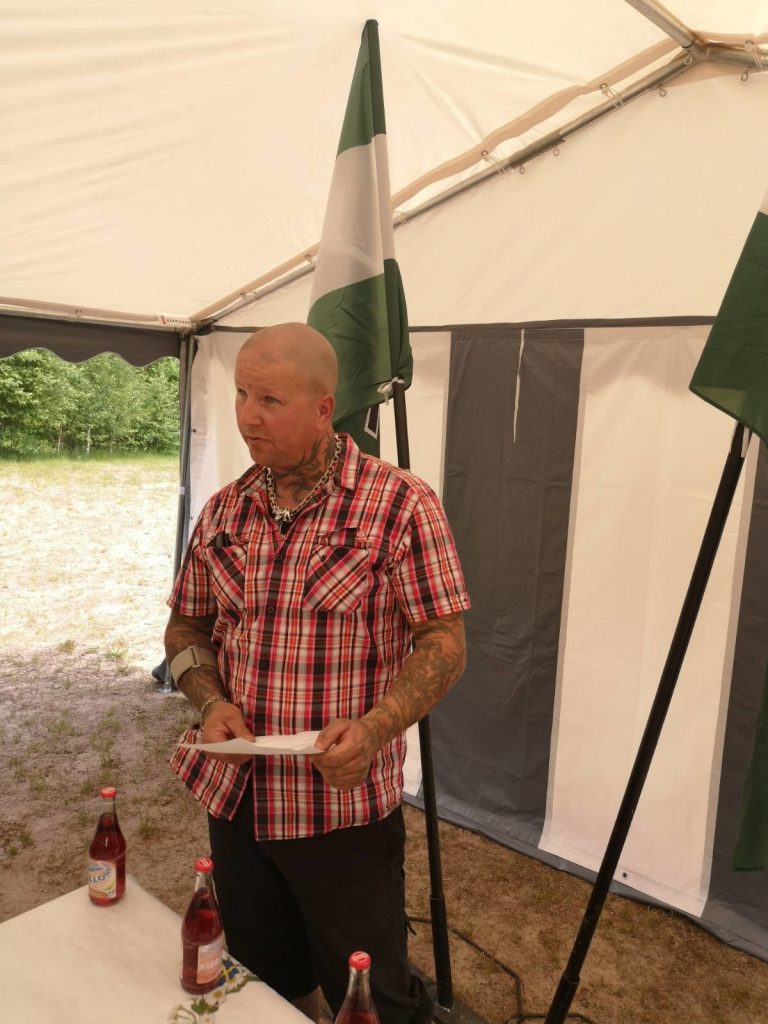 Next it was time for a game of kubb, in which one team completely wiped the floor with the other. Perhaps the roles will be reversed next time? Whatever happens, the losers will now have the opportunity to practise their skills and hone their throwing techniques before the next match!

Afterwards the group sang the national anthem, “Song to the North”, in unison. The national anthem was written in the mid-19th century, during a prevailing spirit of Scandinavianism, and serves as a tribute to the Nordic countries. 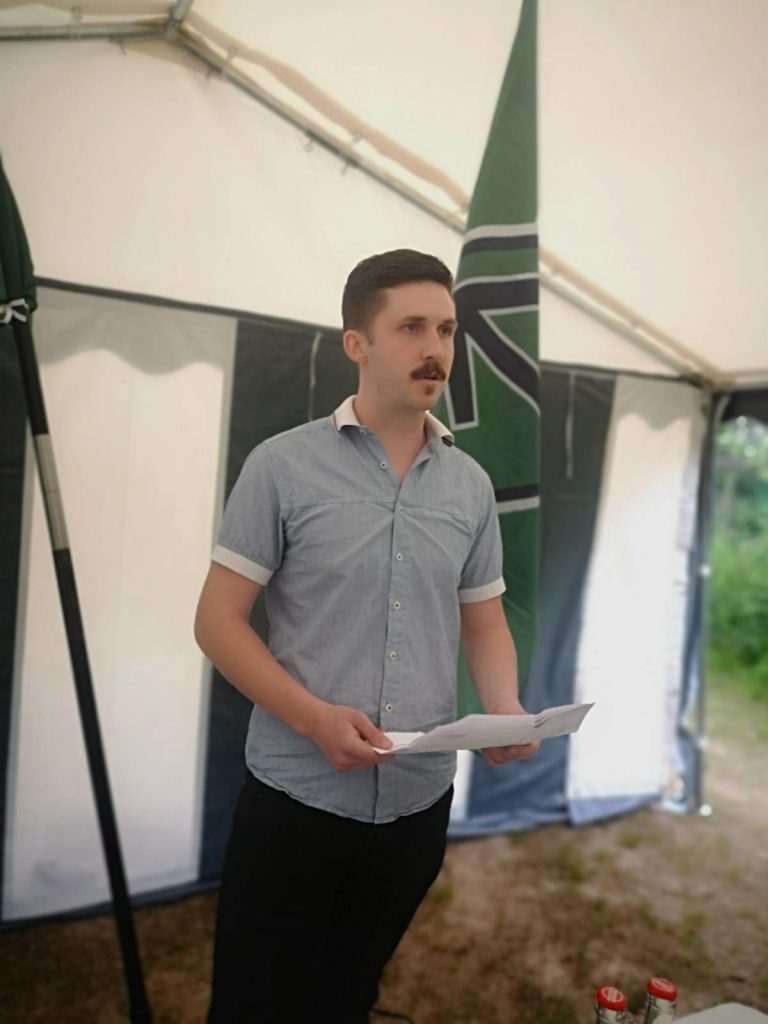 Sebastian Elofsson then gave a fiery speech about the Nordic Resistance Movement’s struggle to create a Nordic realm that unites all of the Scandinavian peoples.

An excerpt from Elofsson’s speech:

The old Sweden is long gone and will never come back. But out of the ashes, the united Nordic Nation will rise, and a new age of greatness will begin for the Swedes and the people of the North.

We want a state where Northmen, in their common endeavour to create, stand united against both external and internal threats. We want to establish a true people’s state, where the strong help the weak to achieve their full potential.

We want to see a strong farmer-class with renewed faith in the future; we want to see proud workers and innovative, driven entrepreneurs – all together with the nation’s best interests in mind. The workers of hand and mind side by side!

Out with egoism! Away with the class struggle! Death to liberalism, Marxism and feminism!

Our coming state will only look to the family, the people and the fatherland. These are our holy sacraments; everything else is secondary or of no significance at all.

After the speech, it was time for some troubadour music, with Stefan Viljehammar singing songs from the new album Motstånd (Resistance).

The celebrations continued for a couple of hours, with air rifle shooting and pleasant discussions in the beautiful weather, before everyone headed home. 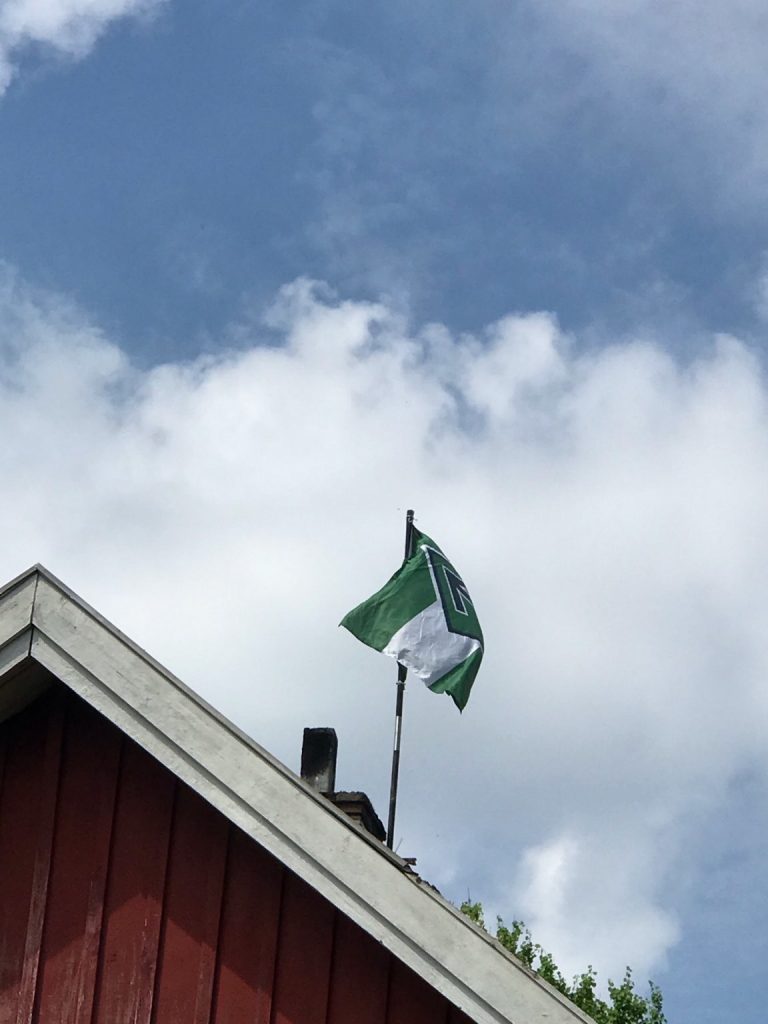