NATIONAL DAY. Sweden’s National Day was jointly celebrated by comrades from Nest 1 and Nest 8 on 6 June. 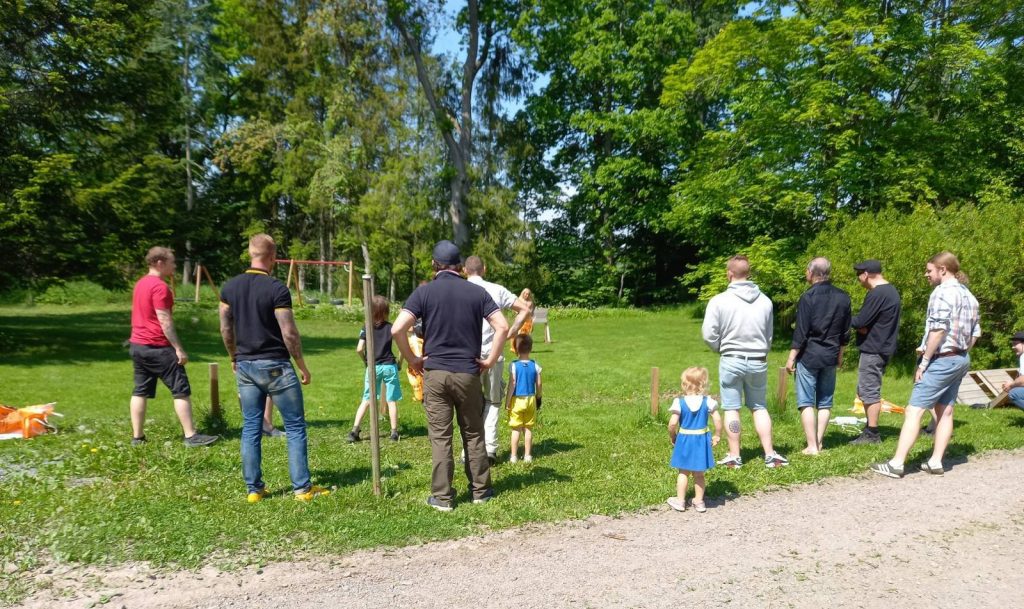 On Sunday, 6 June, Resistance men and women from Nests 1 and 8 joined together for a celebration of National Day and some pleasant national-socialising in leafy summer surroundings in Central Sweden.

It was intended to be an easygoing day for the whole family: no heavy training, very little martial arts and no long lectures awaited. The subject of the day’s celebration was the nation – in the sense of the Nordic people. Sweden’s current regime and its genocidal policies may be celebrated by others, but not by us. The weather gods provided a cloudless sky and what was possibly the warmest day of the year so far.

Nest 8 kicked off the schedule with a short monthly meeting, which included an account of the past month’s campaign efforts and planning for the coming month. The struggle goes on, and the Nest is continuing its growth in the early summer months. Time and work were also devoted to preparations for the day’s activities and meals.

The morning brought many handshakes and fond reunions, as the two Nests have a shared history in the struggle. They are not just neighbours – Nest 8 was an off-shoot from Nest 1, and they have also conducted many activities together since then.

An enthusiastic young Resistance woman wearing national dress had taken the initiative to decorate the party venue early in the day, and elevated the atmosphere throughout the occasion with well-chosen nationalist music.

The celebration began with a barbecue party, at which all conceivable cuts of meat, sausages, root vegetables, cheeses and other goodies met their fate on two newly acquired grills that were inaugurated in honour of the day.

The many children present seemed to have a great time. First they were involved in decorating the party venue, before noisily participating in various games.

For the adults, a more serious affair awaited awaited after the meal, in the form of a pentathlon. The presiding judge had chosen the competition’s disciplines, as well as their rules. On the schedule were: a relay sack race, an egg and spoon relay, a numerical memory competition, a three-legged relay race and a Nordic knife duel. Team Swastika proved to have little reason for their initial confidence and cockiness, and to their despair were defeated by Team Tyr.

Next, it was time for coffee with strawberry cakes and various other pastries that the Organiser Group had spent many hours preparing. During the coffee, the losers of the pentathlon had the chance for revenge in the quiz competition – with some of them succeeding.

The day ended with a nail-biting competition of kubb, which seemed to take forever to be decided. It also heralded the end of the weather gods’ mercy. On the drive home, the sunburnt warriors saw the sky darken and heard the summer rain rattling against their car roofs, with muffled thunder in the distance.

Nest 8, who wrote this report, would like to thank their comrades in Nest 1 for a great day, and they look forward to seeing them again on the streets. 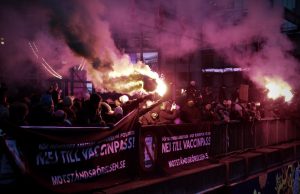