ACTIVISM. On Sweden’s National Day activists and party members from both areas of Nest 1 gathered at a comrade’s home to socialise and engage in friendly competition. 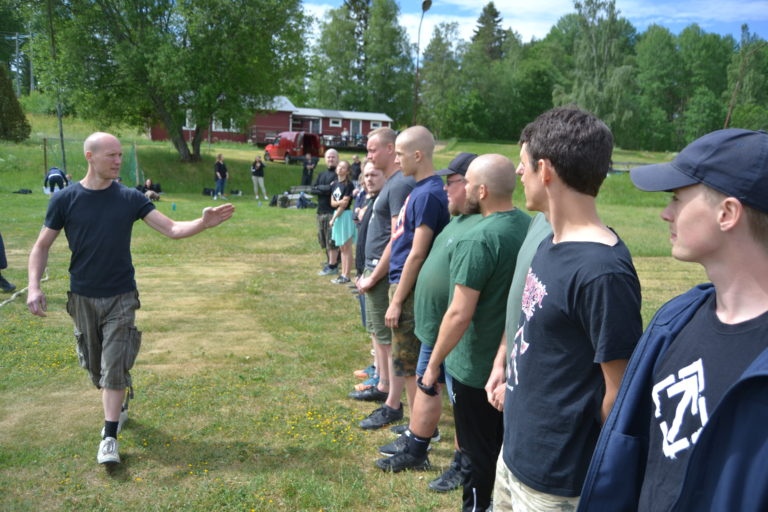 On the agenda for the day was a pentathlon followed by lake bathing, a barbecue and the Nest’s monthly meeting.

The pentathlon was up first. It was comprised of a log-carrying race, tug-of-war, strength tests, rugby and team wrestling. After several hours of tough competition, team number two finally won the day.

Once the physical activities were over, many of the participants took the opportunity to cool off in a nearby lake. Meanwhile the barbecues were lit and people started cooking the food they had brought. The meal was very welcome after so much exertion.

After everyone had eaten, Nest Chief Anders Rydberg held the Nest’s monthly meeting, in which the heads of each area informed those present about next month’s upcoming activities.

Pictures from the Event
1 of 18