Home Media Nest 3 activists convicted for fighting back against Reds in Lund –...

RESISTANCE MOVEMENT. We bring an update on the trial of the Resistance men from Sweden’s Nest 3, who fought back against left-wing extremists on the streets of Lund. Below is a newly released action-packed video of the confrontation and a call to support the activists. 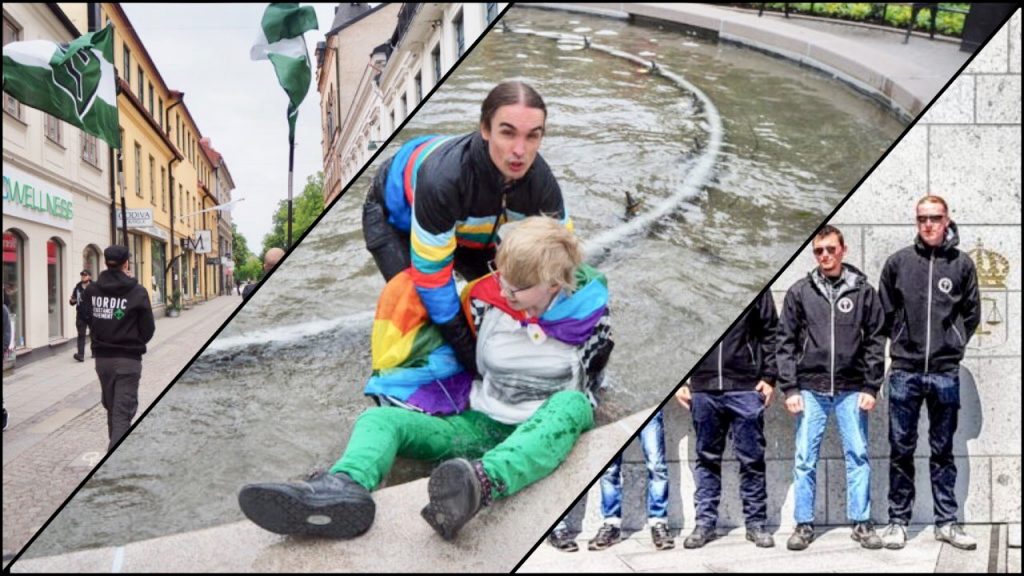 At the end of May 2020, activists from Sweden’s Nest 3 went on trial for confronting the left-wing extremists who disrupted their public activity in June of the previous year. NordicResistanceMovement.org described the confrontation as follows:

On 1 June 2019, left-wing extremists gathered to try to disrupt the Resistance Movement’s activists at a public leaflet distribution in the city of Lund. The leafleting went well, and it wasn’t until afterwards that the disturbance occurred. As the activists were leaving, the left-wing extremists followed obtrusively behind them while screaming into a megaphone. When the activists reached Bantorget square and the confrontations arose, the Resistance Men defended themselves against the group of left-wing extremists, which was three times larger than their own. In a panic, the leftists both fought and fled. The incident was covered extensively in the lying press, as well as being praised by nationalists who were tired of free-speech-hating Cultural Marxists. 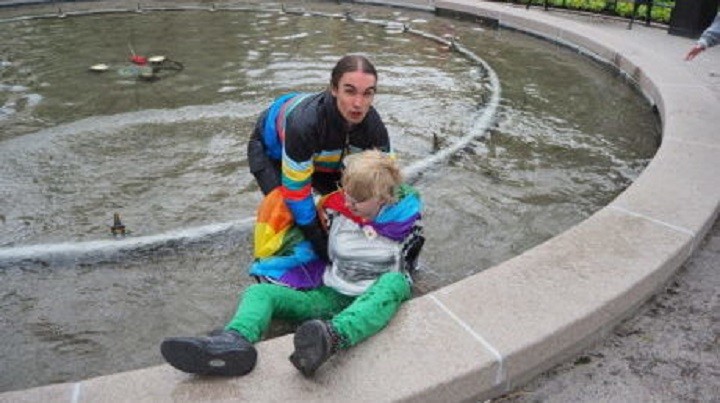 In addition, another minor confrontation occurred a short time before the larger one, when the Left Party, together with other left-wing extremists, disrupted the leaflet distribution by setting up a book stall between the Resistance Movement’s activists. As the police were not concerned by this provocation, the activists took matters into their own hands, which led to the Left Party’s book stall and red flag being knocked over. The Left Party member Hanna Gunnarsson, who has previously been charged with incitement, was one of those who disrupted the constitutionally protected leaflet distribution and then cried to the press about being attacked. The police expelled a couple of activists from the area, before they were later reunited with the others just in time for the second confrontation. 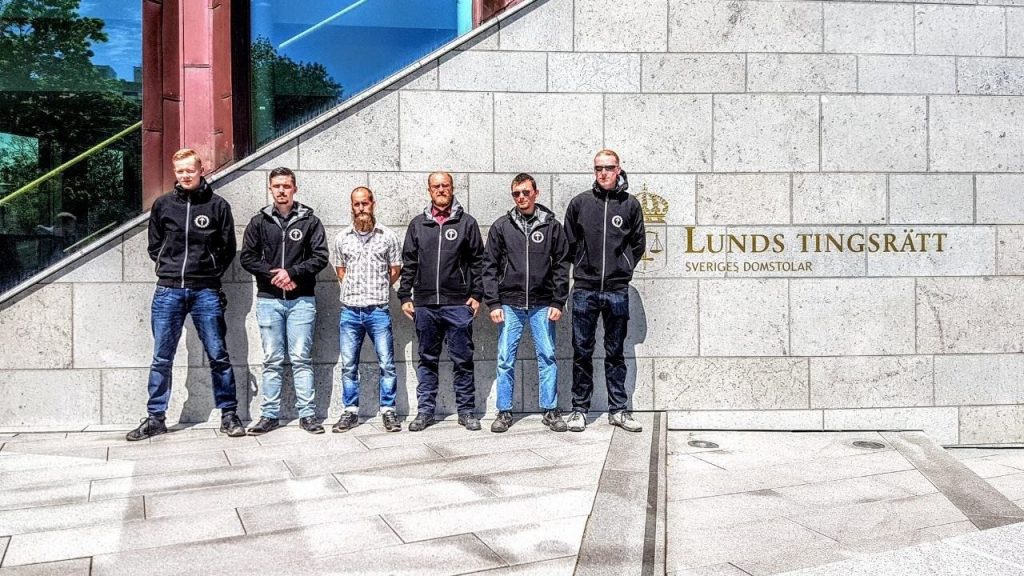 The Resistance Movement’s spokesman, Sebastian Elofsson, who is also one of the accused, made the below statement at the time:

The sentencing isn’t due for two weeks, but it’s already clear that a political judgement awaits us. Both the police and the prosecutor have portrayed the tumult on Bantorget as an attack by the Resistance Movement’s activists on a group of innocent people with no political connection to each other whatsoever. This is despite the fact that it was established during the hearings that several of the plaintiffs are engaged in the anti-Swedish Young Left (Ung Vänster) and have clear connections to the left-wing extremist terrorist organisation Anti-Fascist Action.

The entire case is a show trial by the anti-Swedish system, directed against the Nordic Resistance Movement in its capacity as political opposition. They want to break the activists’ will to fight via prison sentences and large fines.

But we will continue to fight for our people’s survival and freedom against the representatives and advocates of this sick society, where rapes, brutal murders, deadly shootings and explosions are everyday occurrences. We will not give a millimetre to this state that murders and defiles its own people.

We will continue the struggle against the folk traitors in the Riksdag and the government until victory is won and our people can once again live proudly and freely in a society without multiculturalism, gang crime and corruption.

The sentences in the Court of Appeal ranged from fines to up to six months’ imprisonment. The fines and damages came to 51,300 Swedish kronor in total.

For years, left-wing extremists have threatened, assaulted and harassed political dissidents and laid claim to Sweden’s streets and squares. On 1 June 2019, these left-wing extremists once again tried to claim the streets in Lund by shouting “No racists on our streets” and aggressively pursuing and disturbing the Resistance Movement’s activists. This time, however, these disruptors were confronted, and it became clear whose streets they really were.

As we previously reported, the incident in Lund caused this left-wing extremist rabble to sit and cry in the foetal position several weeks after the confrontation. Now, for the first time, the Resistance Movement is releasing a video that clearly shows what really happened that day, with a call for viewers to support the convicted activists.

The reds get a beating – Action-packed video from the incident, with a call for financial help:

We cannot help the activists serve their prison time, but we can help by paying their fines together.

Are you tired of anti-White forces laying claim to our streets, and of free speech haters trying to silence opposition?

If so, the Resistance Movement encourages you to help fight back against these evil forces by donating to our Prisoner Help programme and thus make things financially easier for the activists who have already sacrificed their own freedom for free speech, the truth and our people’s well-being.

Sebastian Elofsson gave the following comment after the verdict:

Once again the anti-Swedish multicultural state has shown its true face. The Nordic Resistance Movement activists who defended themselves against a larger group of left-wing extremists in Lund on 1 June have been convicted by the District Court, and now also by the Court of Appeal, based on their political beliefs. The sentences passed are ridiculously high for the “crimes” that are alleged to have been committed, and not a single left-wing extremist has been prosecuted. The system has clearly shown what it thinks of the Swedes who choose to fight for their people’s future.

When I first commented on the activists’ actions in Lund, including my own, I wrote that we considered ourselves to have acted correctly, regardless of what the District Court thought about the case. I stand by these words now after the verdict from the Court of Appeal, which in almost all aspects has maintained the District Court’s judgement.

We will continue to fight against the hostile system in the future, with all the legal means at our disposal. We make no apologies, and we regret nothing.