Activists from Småland gathered in Jönköping to spread the Resistance Movement’s message to drivers travelling on the E4 motorway through the city. The group stood with banners on several different bridges with the message “Stop the Population Replacement”.

The action was intended to make Swedes aware that there is an ongoing exchange (or genocide) of the Swedish people, and that this must be stopped. 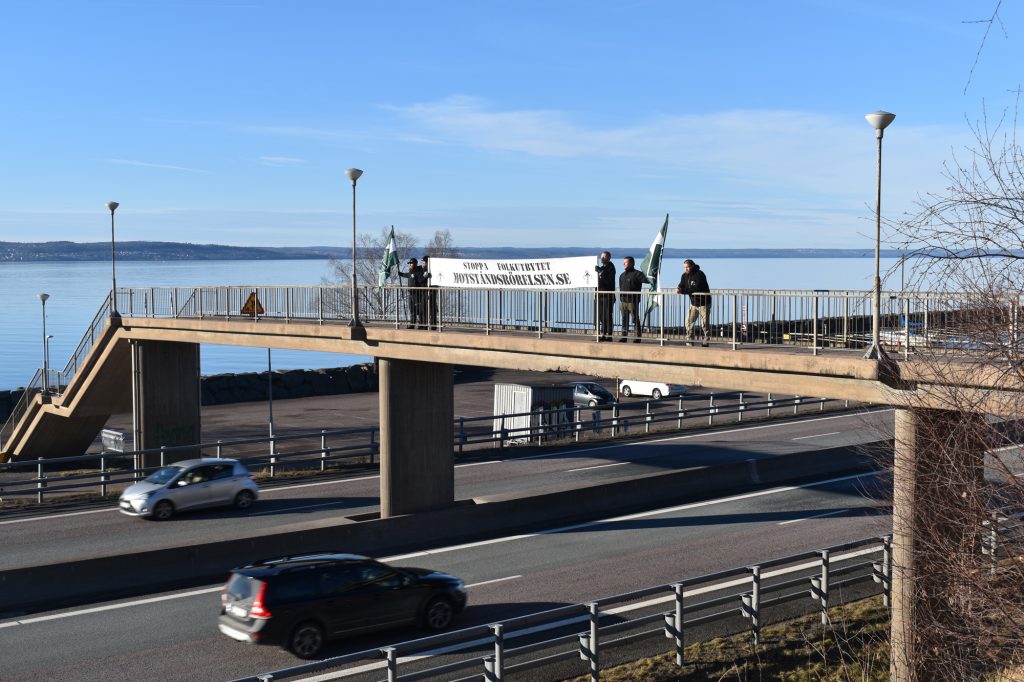 The activists were met by many happy smiles and greetings from drivers. Some of the passing pedestrians on the bridges also came forward to express their support or ask questions. 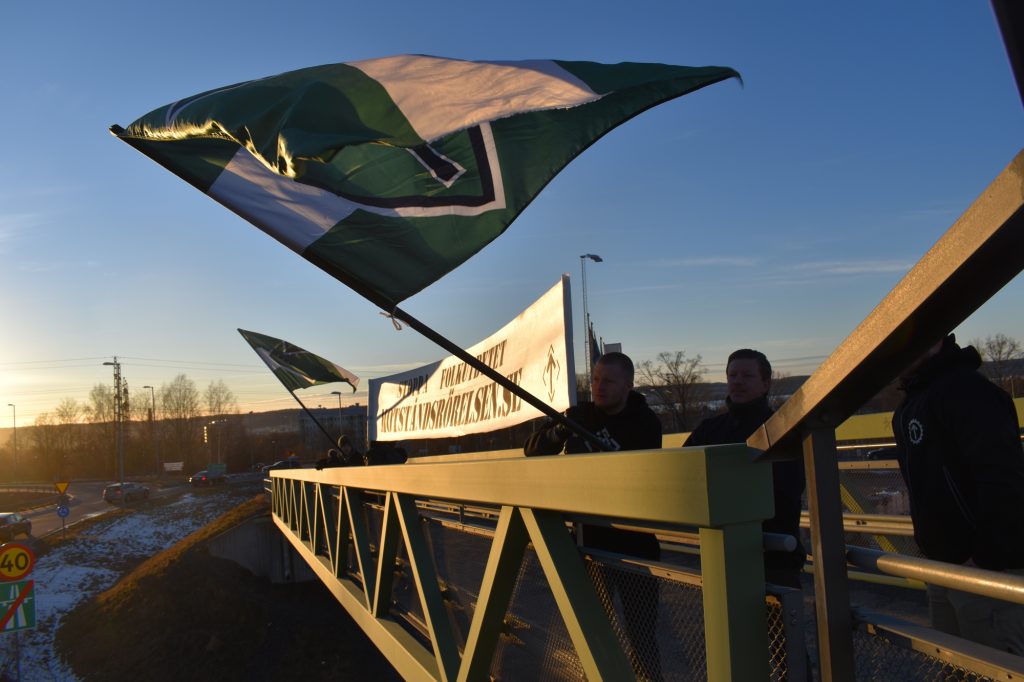 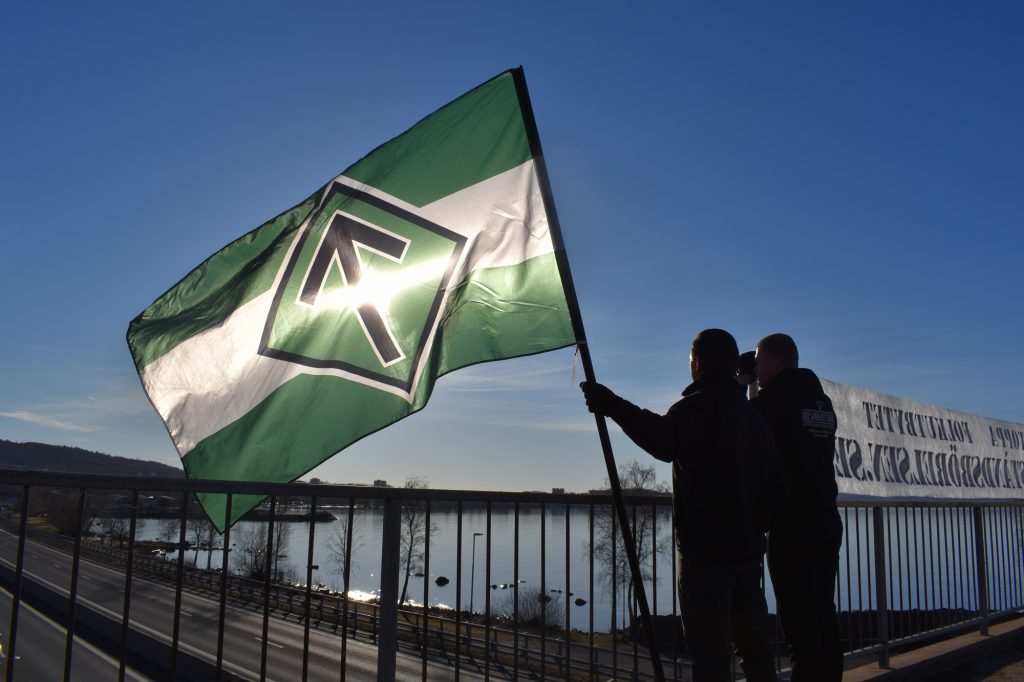 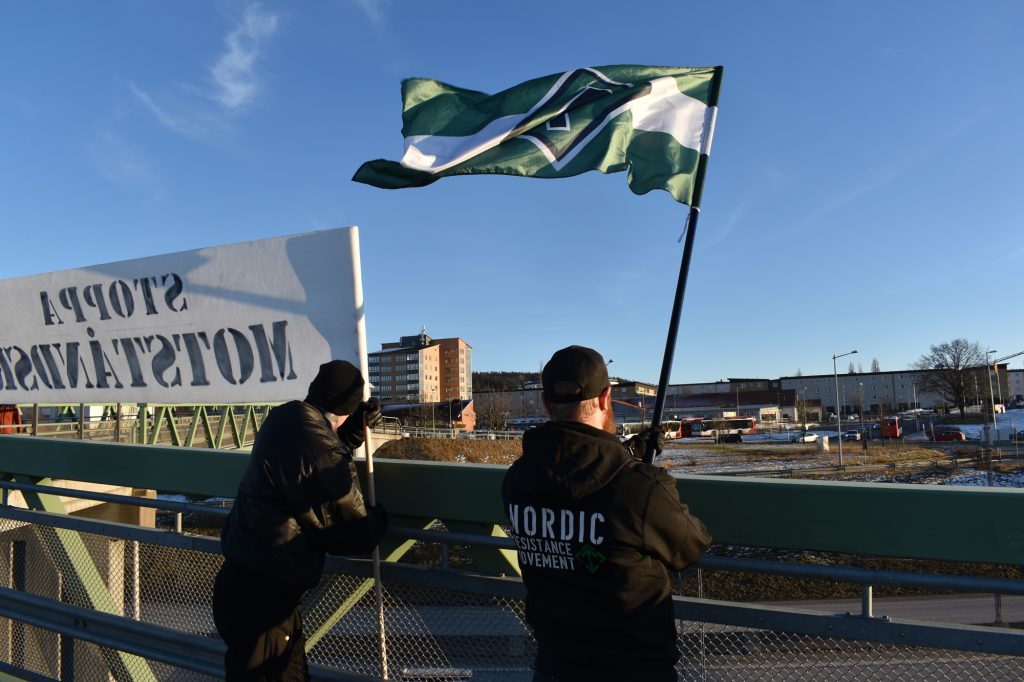 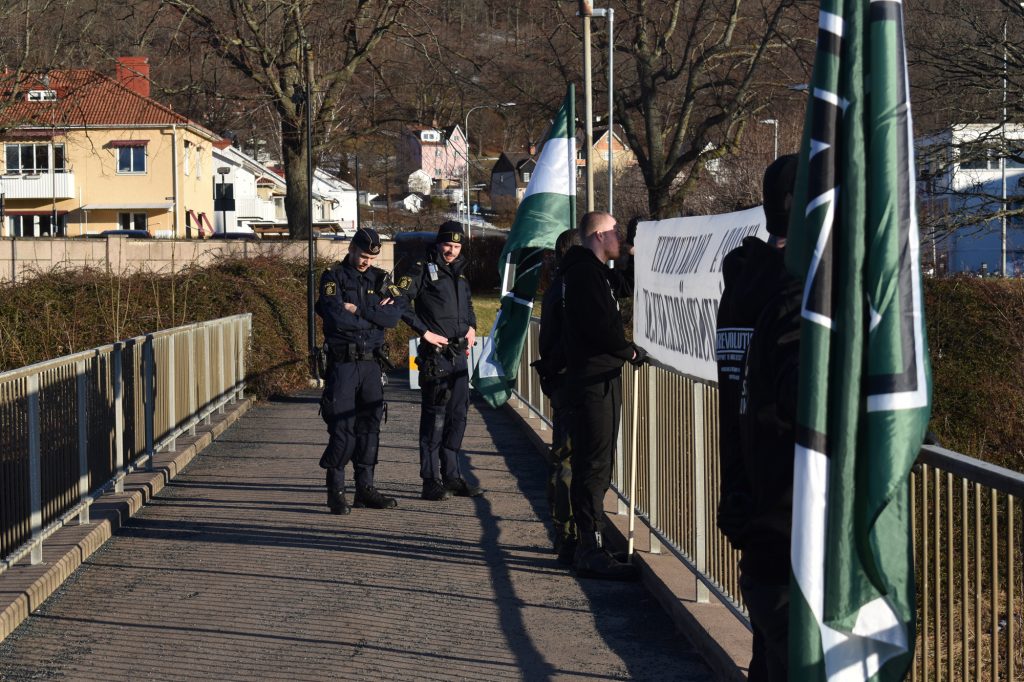 The police in Jönköping, who are usually very hostile to the Resistance Movement, did not do anything but stand and watch this time. 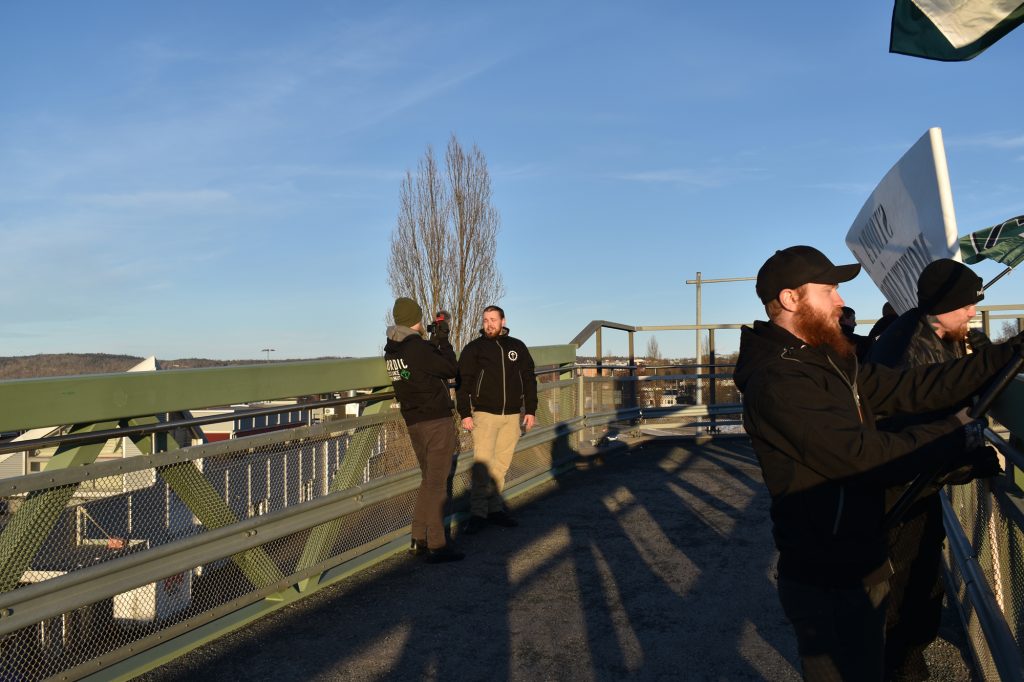 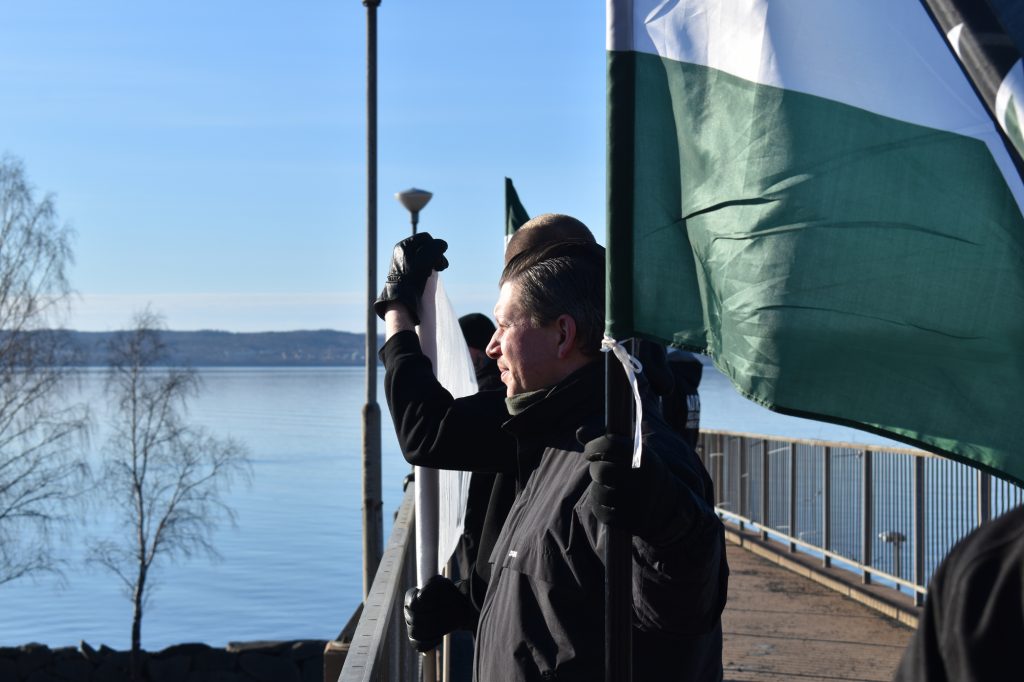 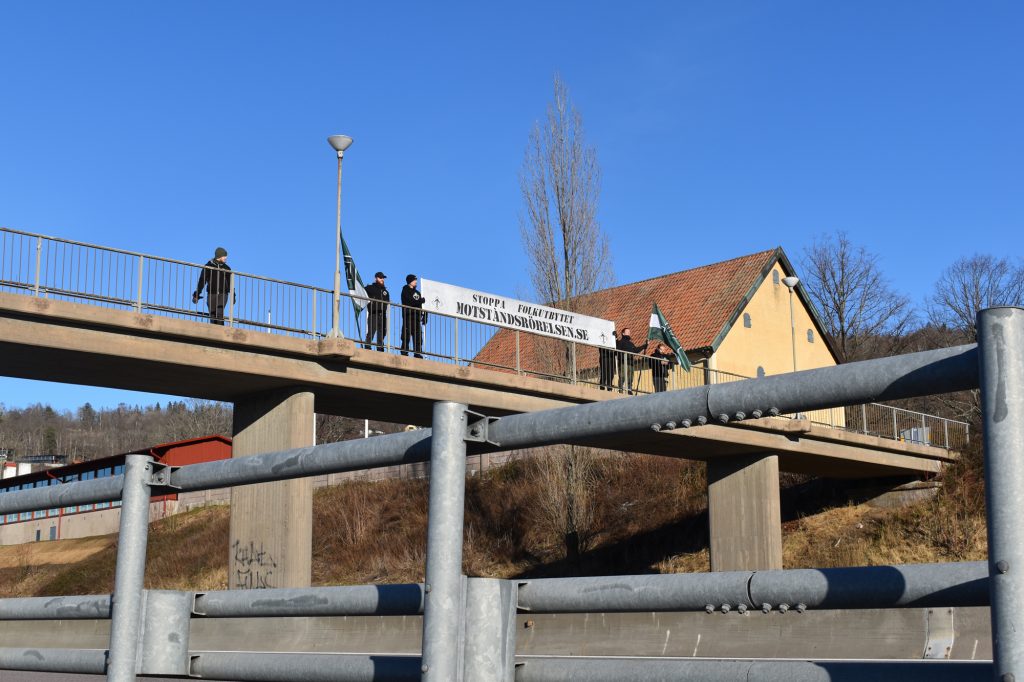 One of the activists said the following about the activity:

“The response today was very positive. There were many more positive reactions than negative, and I saw several people giving victory salutes. The response from many truck drivers was particularly good.”