ACTIVISM. On 9 March activists from Nest 8 met for a full weekend of activism.

The weekend began with a public leafleting session in Nyköping. The police were immediately on the scene in large numbers. Despite wasting large amounts of taxpayers’ money – as well as photographing all the National Socialists present – they remained passive. The good weather ensured there were a lot of people in town, and no one could miss the Resistance Movement’s presence along large sections of the high street.

As usual the response was overwhelmingly positive and many interesting discussions were had. Apart from a minor altercation with some immigrant youths who had the nerve to insult a leafleter, everything remained calm. 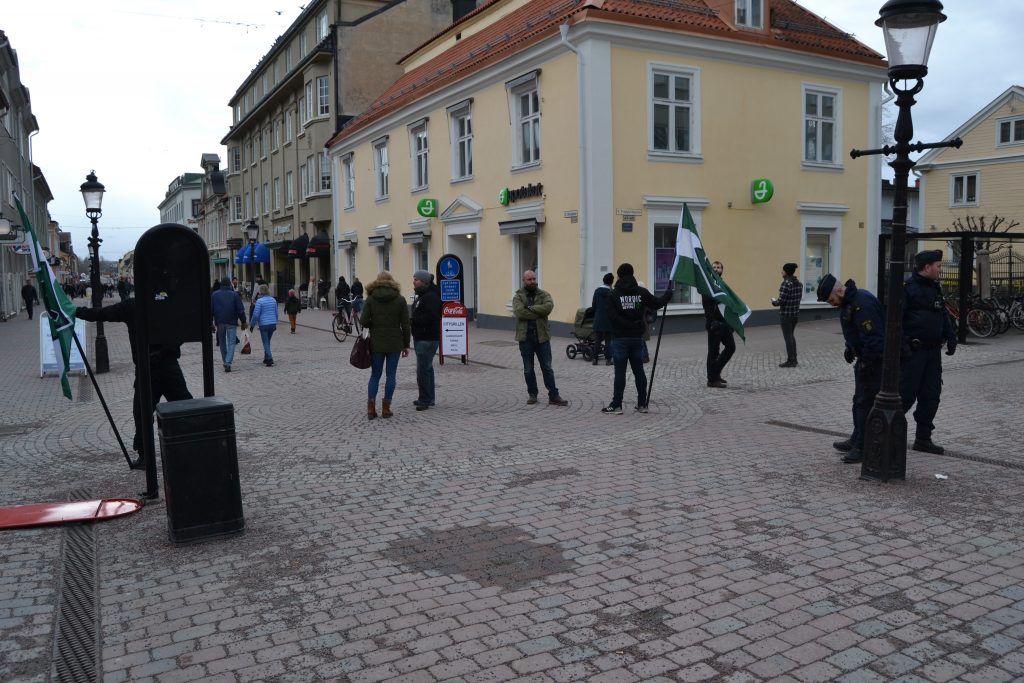 When the activity was concluded and everyone was due to leave, Nest Chief Niklas Yngwe had a surprise. Rather than head home, the Resistance Men were to go to the forest to spend the night in the shelter they’ve recently been constructing. The night didn’t provide much respite, however, as, despite the heat from the stove, the insulation in the shelter’s walls had still not been fully installed.

Hardened by the cold, the activists departed together the next morning and went to Stockholm to end the weekend at the successful Coin Square demonstration. All in all, the weekend served to strengthen the character of the comrades as determined fighters for our people’s future! 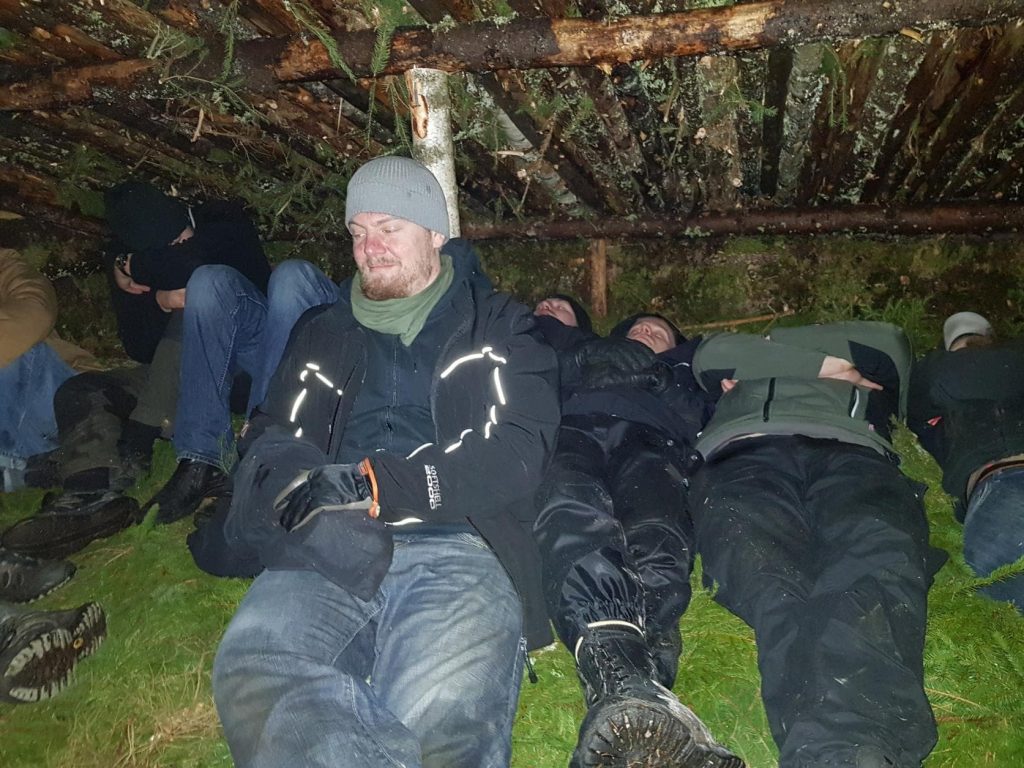