ACTIVISM. On Saturday, 19 December, Resistance men from Sweden’s Nest 8 met for a full day of activities in the city of Västerås – whose inhabitants were blessed with National Socialism’s message in the middle of the Christmas rush. 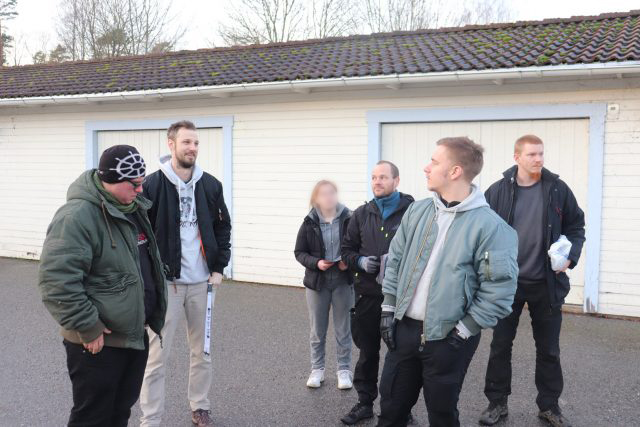 Two major residential areas and a third area with student housing were saturated with propaganda. Leaflets were delivered, and lampposts and other suitable objects were adorned with stickers. The activists’ Christmas mood was high, and it only got better when several residents/passers-by gave cheerful shouts of appreciation. 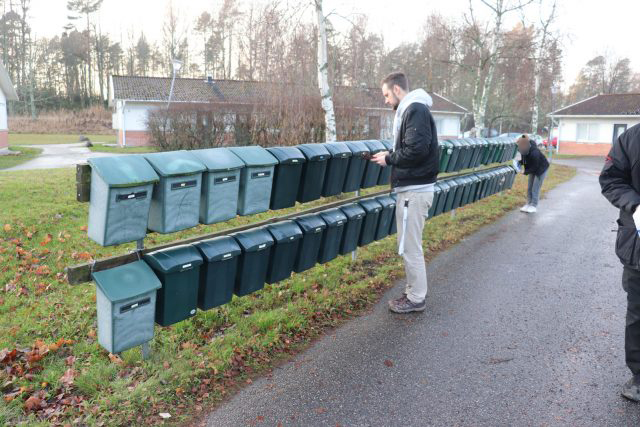 After 500 leaflets had been distributed and most of the suitable locations had been decorated with stickers, the participants felt the day was still far from over. Christmas shopping was in full swing on this cool December Saturday, so what could be more appropriate than holding a banner action on a bridge over a busy traffic route?

Once the activists had arrived at the carefully selected bridge, they unfurled the banner, lined up with flags, and lit flares, which produced a stylish effect in the grey haze. Cheerful reactions from motorists in the form of horn beeps, gestures and greetings soon followed.

After a while, the tributes also came from an unexpected direction… Right above the activists, stunt planes were flying past in a Christmas tree formation. It was clear from the reactions of passing motorists that many of them saw a connection between the banner action and the aerobatics. Talk about spectacular activism!

As usual, the Västerås police were late to the party, only appearing when the activists were rolling up their banner after several hours of activity.