The night’s activism consisted of decal spraying, placing stickers and banner drops. The Resistance men patrolled the streets block by block, resolutely spreading the indomitable message of the struggle throughout the town. 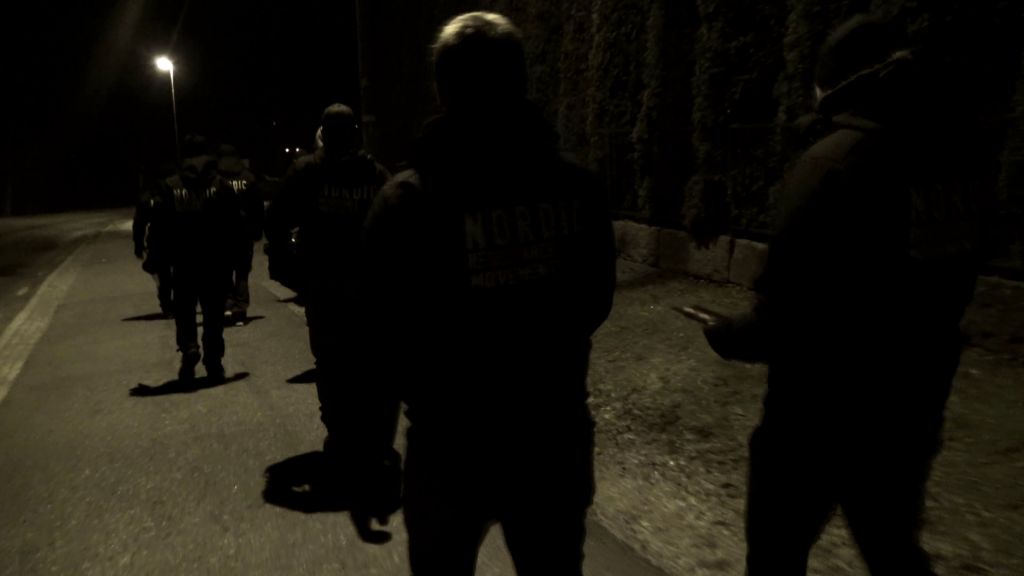 Electrical cabinets, lampposts, tunnels and other infrastructure that had been defaced with decadent Cultural Marxist graffiti was restored with new lustre, thanks to the activists. 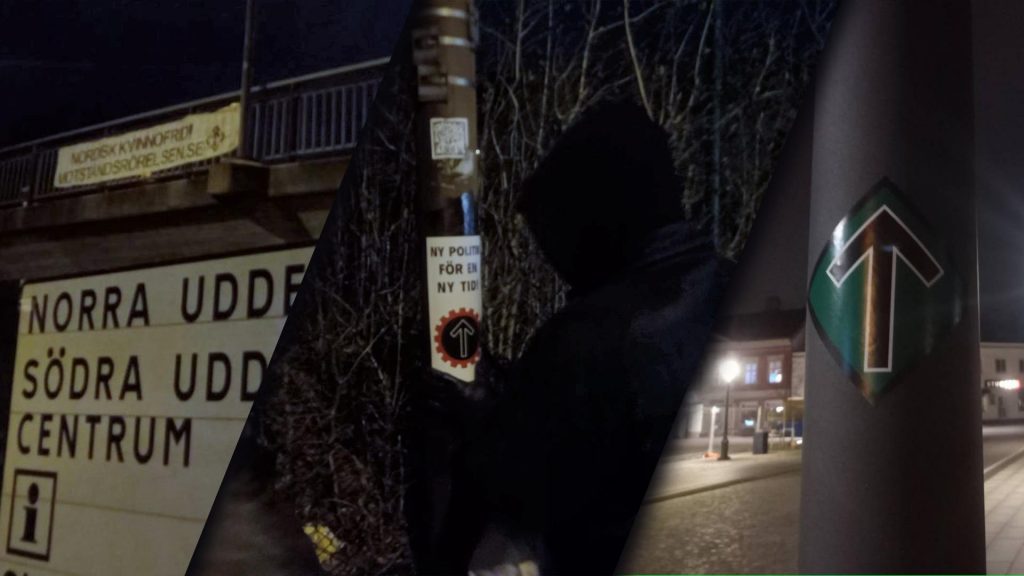 When dawn was just a few hours away and the comrades’ extensive collection of propaganda was running dry, they headed to a central viaduct to hang up the Nest’s popular campaign banner – “Peace for Nordic Women!” 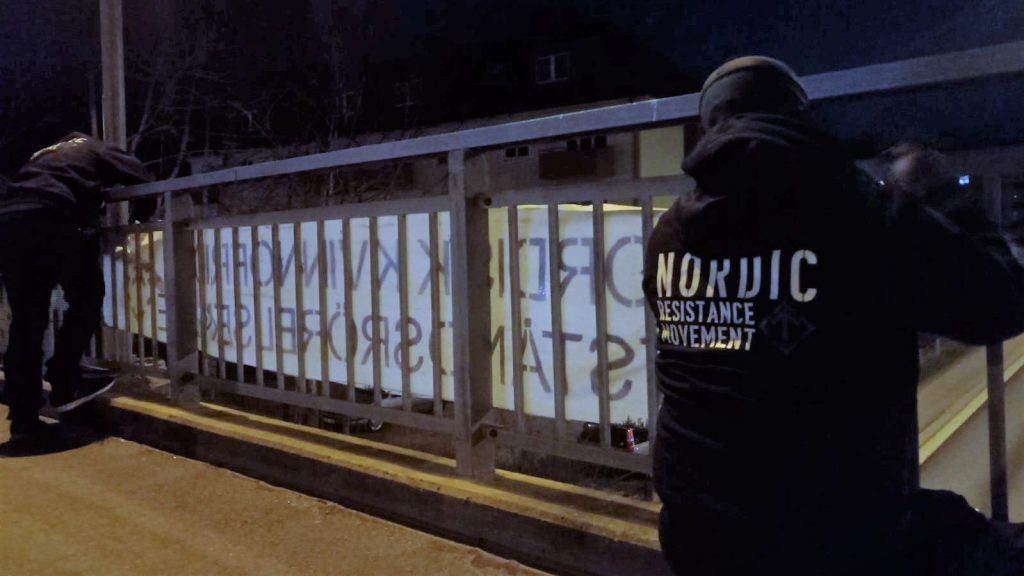 We spoke to one of the participants, Samuel Johansson, who is also a Nordic Resistance Movement election candidate in the neighbouring Munkedal municipality.

Why did you conduct the activity so late at night?

We were out late partly because it makes this kind activism easier and partly because we thought we would protect the streets from possible “youth gangs”, at least for a couple of hours.

Did the activity go as planned?

We didn’t run into any gangs of youths, but otherwise it went as planned. The activity was popular with all participants, and we had a lot of fun at some points during the night. A lot of propaganda was spread and anti-White propaganda was torn down.

Can we expect to see more of this type of action?

This type of action already occurs regularly, but it will be conducted more frequently in the future.

I heard a rumour that you met a gang of left-wingers. How did that encounter go?

Were there any problems with the police during the activity?

No, this time the police were nowhere in sight.

Do you have anything to say to the Swedes who live in Uddevalla or the nearby area?

Become part of our community. You have waited long enough. Apply to join the Nordic Resistance Movement! 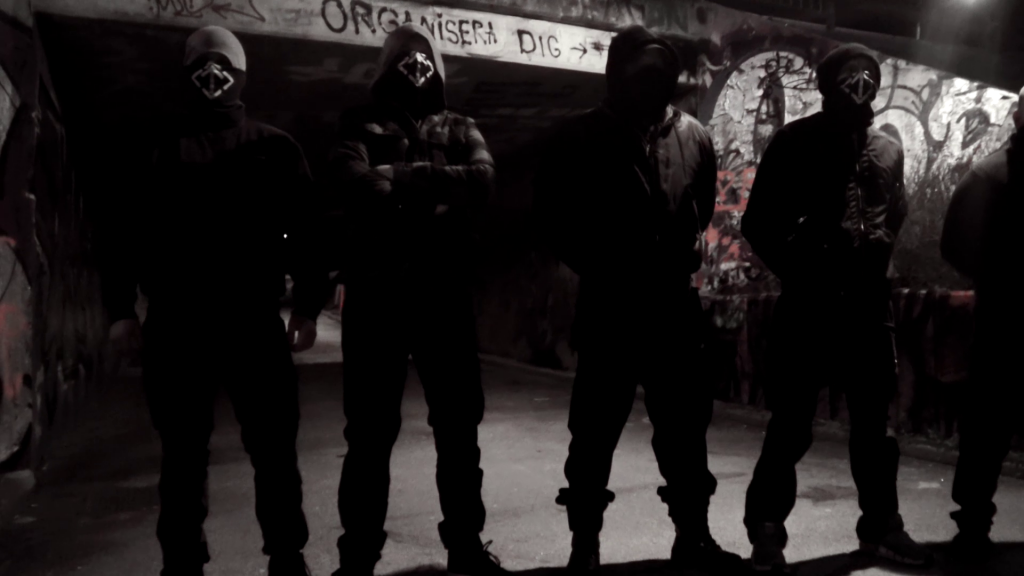