Home Ideology No to vaccine passports for Covid-19!

IDEOLOGY. The leader of the Nordic Resistance Movement details the organisation’s position on Covid-19 vaccine passports. 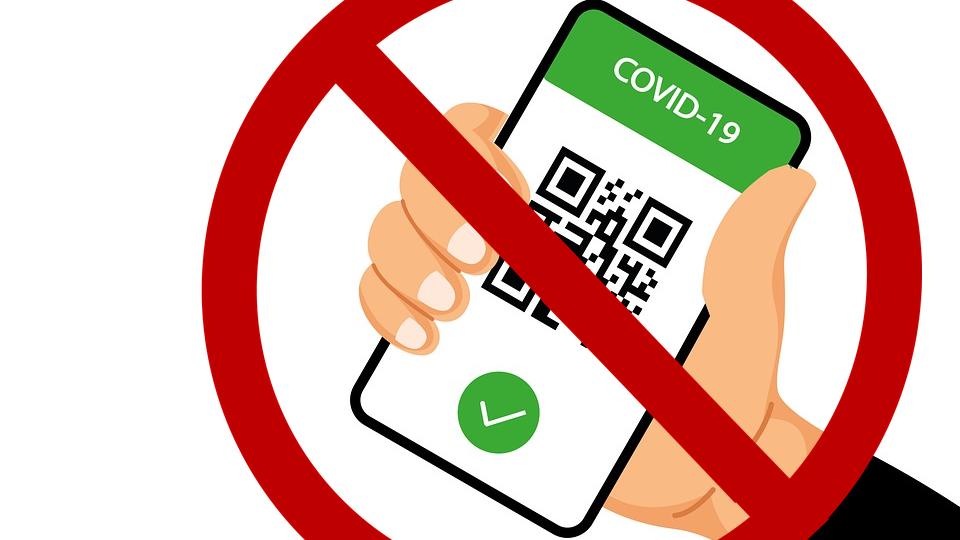 On 1 December, vaccine passports were officially introduced in Sweden – a reality that has long been the case in many other countries.

Despite this, and despite the fact that some private operators have taken things (via illegal discrimination?) even further than the government has decreed, we in Sweden have still remained relatively free compared to most other developed countries in the world.

In Australia, strict measures have been introduced against the unvaccinated (and to some extent against the vaccinated), which encompass everything from having to check in digitally almost everywhere you go, to not being allowed to have visitors in your home, aside from in exceptional cases. In Greece, it was recently decided that all unvaccinated citizens over 60 must pay a fine of 100 euros a month. In our neighbouring country of Denmark, the government has put labour rights back 200 years by permitting all companies to fire employees who are not vaccinated or who do not continually provide negative test results.

Regardless of how far the various states decide to push their vaccine passports, this course of action is the wrong path to take on this matter. Last month, I declared on the latest episode of Ledarperspektiv that the Nordic Resistance Movement is opposed to vaccine passports and other discriminatory treatment of citizens who do not want to take any vaccine against Covid-19. This was also one of the messages we recently spread to the people during our public activity in Gävle.

Naturally, we stand firm on this matter, but I thought I would elaborate on this hot potato of a subject by further explaining why, and also exploring how the matter is not as simple as some would assert. It is very ideologically weak to be against something just because today’s system is in support of it, and unfortunately this appears to be exactly how many nationalists and other critics of the system think. Of course I cannot deny that this is usually a good barometer of the general state of things, and thus basing one’s instincts on what the establishment thinks is right – and assuming the opposite – is not necessarily wrong, but in a broader and more long-term perspective, a better analysis of the situation must be made, and a more considered position taken.

According to many of those who scream the loudest about the regime’s handling of Covid-19, the freedom of the individual is the most sacred thing of all. They maintain that the state should not have the right to make decisions about an individual’s body, and preferably not about an individual at all. These are NOT opinions shared by the Nordic Resistance Movement. On the contrary, we believe that this liberal poison is one of the many reasons why our society looks the way it does today, and why our race is dying.

With that said, we National Socialists are also not prohibitionists like communists and social democrats; rather, we actually protect the freedom of the individual. We therefore do not want to automatically ban everything that is harmful to the individual. Instead, we believe that in a healthy state, every man and woman should be able to take responsibility for themselves on the majority of issues. 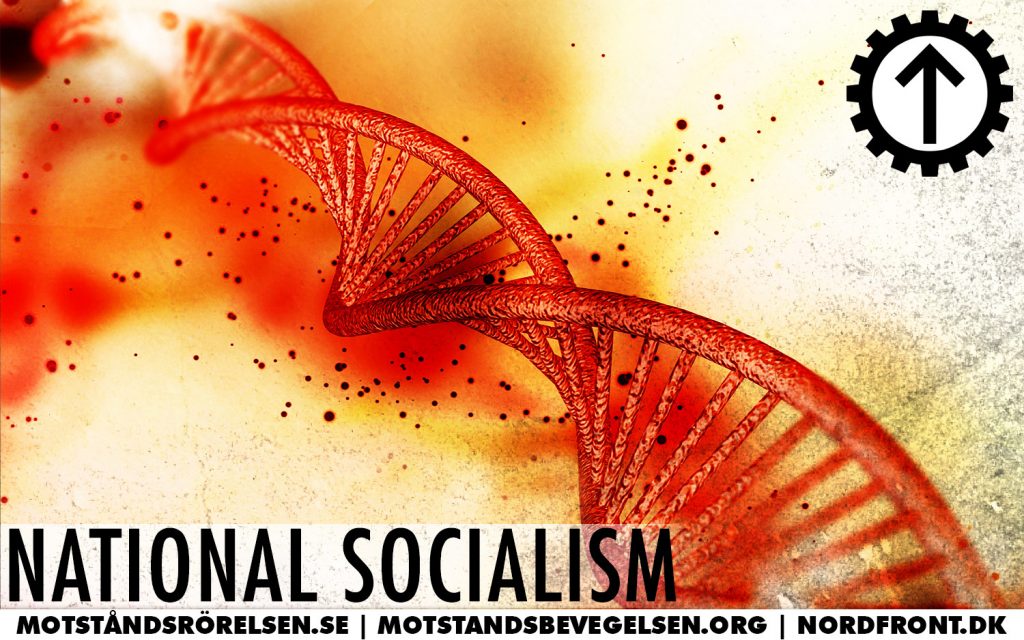 In this context, we can also mention those who attempt to draw parallels between Hitler’s positive view of vaccines during 1930s Germany and today’s coronavirus vaccines, and their claim that it is hypocritical of us National Socialists to oppose this today.

One enormous and completely decisive difference exists, however; that of whether the vaccine manufacturers and the pharmaceutical industry are operated by vested interests, as they are 100% today, or if they are controlled by a National Socialist state and work fully in the service of the people, without any consideration for profit.

If there were a virus that seriously threatened our people’s survival, the National Socialist state would also impose restrictions and potentially insist on a vaccine. If the situation were extremely serious and the vaccinations proved to be effective, we would possibly even introduce compulsory vaccinations. To clarify and simplify – if we were faced with the choice of our entire people dying or being forcibly vaccinated, we would choose the latter.

However, this is highly theoretical fantasy. What is very real, here and now, is that Covid-19 does not pose anywhere near such a threat to our people, and, as stated, there is currently no National Socialist pharmaceutical company that works on the basis of ethics before profit.

In the current situation, we believe it should be up to every individual to decide if they want to expose themselves to the risks the vaccine poses, or instead take the possible consequences of being affected by Covid-19. Everyone must be allowed to make this choice without being subjected to repression and discrimination from either the state or private operators. The Nordic Resistance Movement therefore says loudly and clearly: No to vaccine passports for Covid-19!

As Covid-19 is not especially dangerous for those outside the risk groups, as the vaccine does not appear to work particularly well (with the vaccinated still becoming infected), and as it is also consistent with known side effects (and presumably unknown ones as well), the Nordic Resistance Movement believes that you should be sceptical about getting vaccinated, despite the establishment’s repression and agitation.

Regarding the situation in which we now find ourselves, I also believe that the matter has transformed into something greater and more important than a vaccine or no vaccine. Instead, now it is about the system wanting you to act in a particular way (getting vaccinated), and if you go against this desire, you will be punished. Additionally, it is about attempting to sow discord among different sections of the people, uniting those who have taken the vaccine to oppose the unvaccinated, who must be punished. 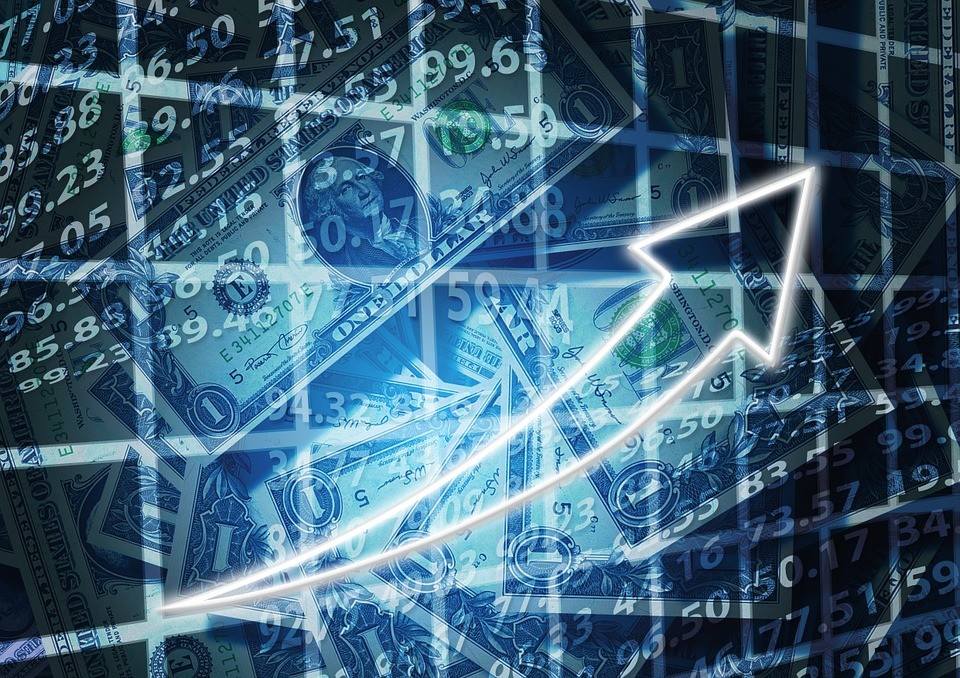 Those of you who have already been vaccinated should ask yourself the following question from an ideological basis: Do you believe it is right for the system to be able to impose whatever measures it wants against those who do not act the way it wants? Even if you have already made the choice to be vaccinated, do you really want to give the system the power to do what it wants and against whom it wants, just because they think and act differently from the establishment-decreed norms and what the system has approved beforehand?

If not, you should take the side of the unvaccinated on purely principled reasoning in all conceivable situations, and also think long and hard as to whether you will take any more injections against Corona in the future.

Finally, to those of you who are now subjected to Covid passport restrictions. Okay, so you can’t go to a restaurant, cinema or football match anymore? Then show you can cook your own food and entertain yourself. You can’t go to the gym or travel abroad? Then train at home and holiday in Sweden.

It is their loss and not yours that you can no longer support them with your money. Ultimately, their whole system is built on your acts of consumption. It is they who need you, and not you who need them. If we all embrace this attitude, we can defeat them at their own game. Therefore, even those of you who have been vaccinated should boycott everyone who demands that you show a vaccine passport.