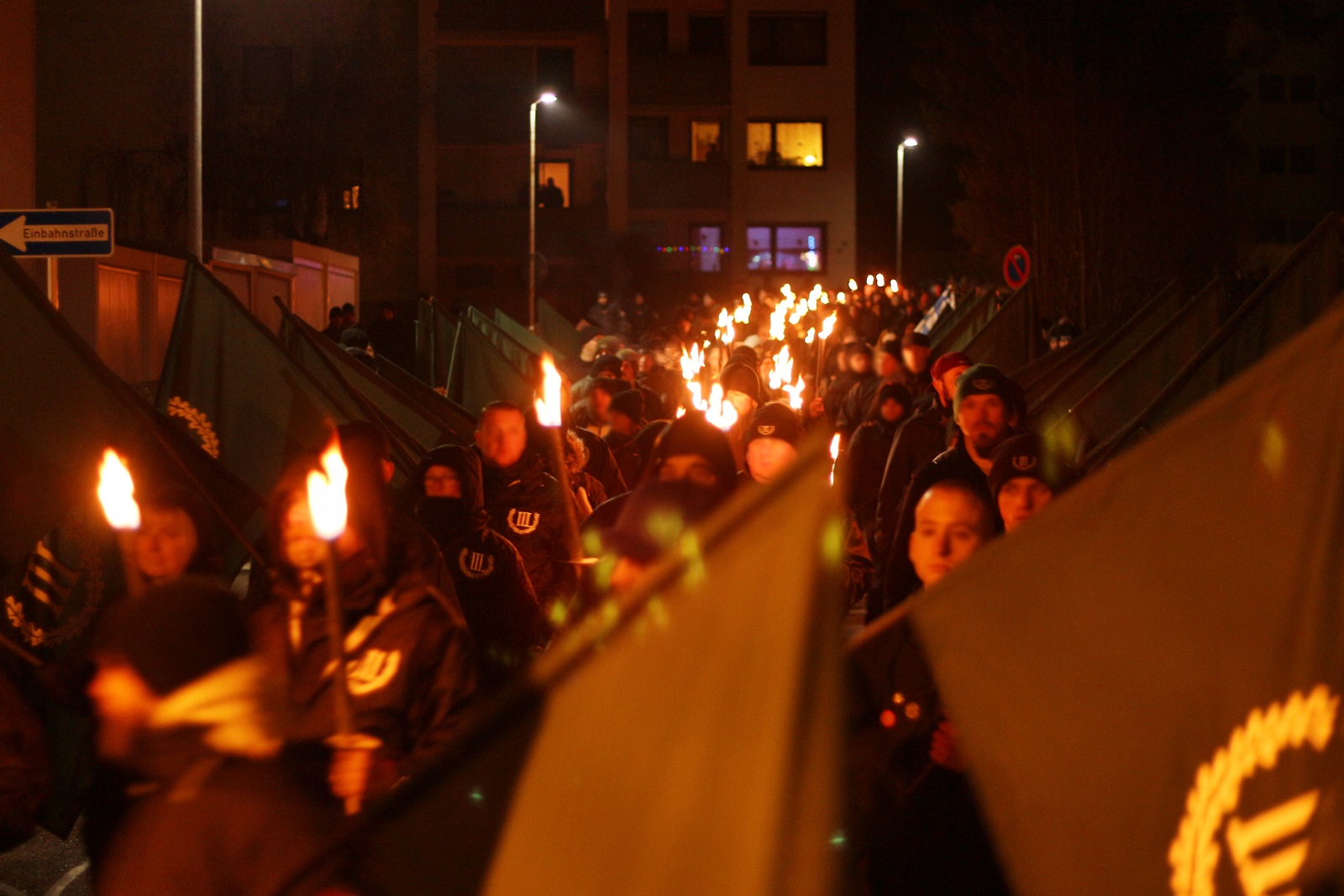 Held annually, the event is dedicated to the German soldiers and European volunteers in the German armed forces who fought and died for Germany and Europe during the Second World War.

Around 250 people took part in the torch lit march and remembrance ceremony, which featured speeches by Third Path representatives and Jimmy Thunlind of the Nordic Resistance Movement.

Prior to the memorial, the Resistance Movement activists were given a tour of some of the country’s important historical sights by comrades in The Third Path. These included the Reichstag; the Monument to the Battle of the Nations; and Feldherrnhalle, where 16 National Socialist martyrs gave their lives on 9 November 1923.