EVENT. At this year’s Nordic Days, Nordic Resistance Movement activists competed in a pentathlon to decide the winner of the Nordic Man of the Year. Here we reveal the winner and present a short interview with him. 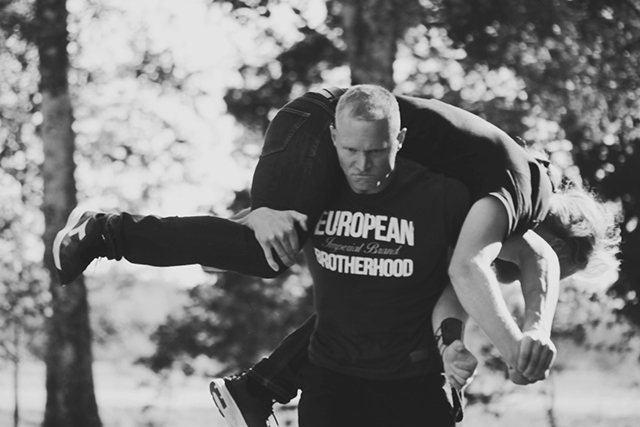 On Saturday 24 August, the Nordic Days event was held in Småland. As usual, Resistance members competed during the day for the title of Nordic Man of the Year.

The competition started with warm-ups and the fighters being divided into teams.

The first event was a relay race where everyone in the team would run a distance and then return to their teammates. Instead of handing over a baton, the runner handed himself over to the next comrade, who had to carry him on his shoulders. This meant it was not a pure running competition but one where strength and balance were also required to win. 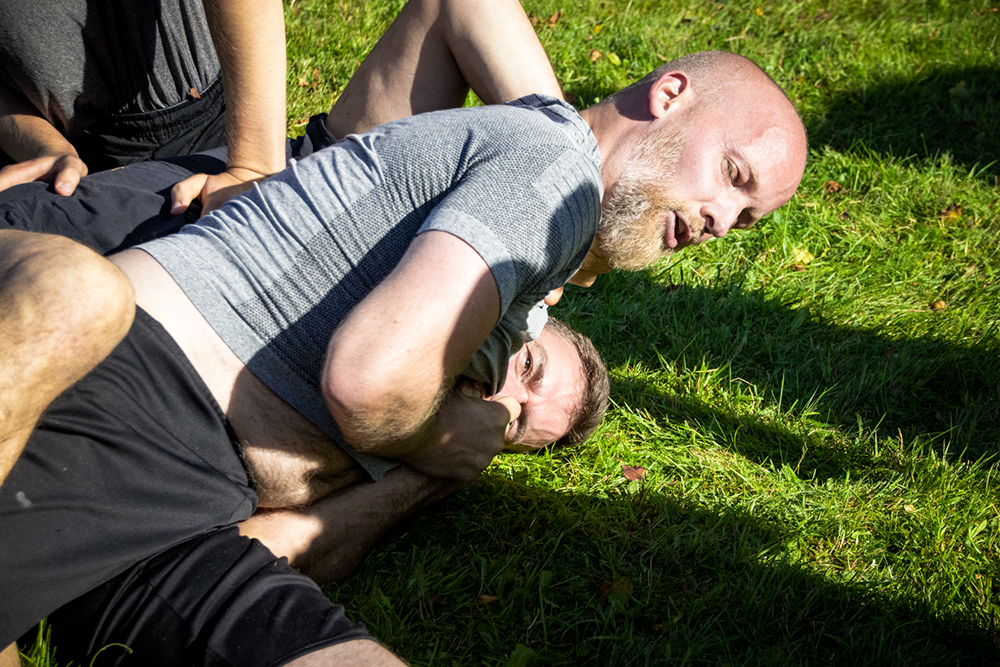 The next event was team wrestling, in which the participants had to wrestle until all opponents gave up. Some matches offered very exciting twists and turns and displays of mental strength. 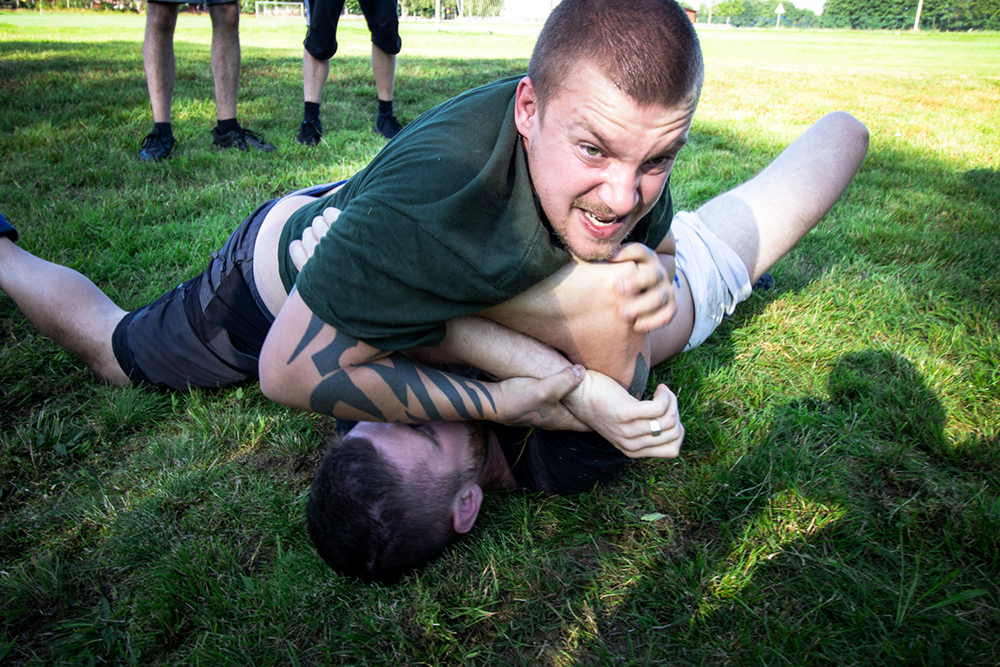 The last event in the team competition was “jerking the tail”. To win, the competitors had to pull the band their opponents had hanging behind them like a tail. 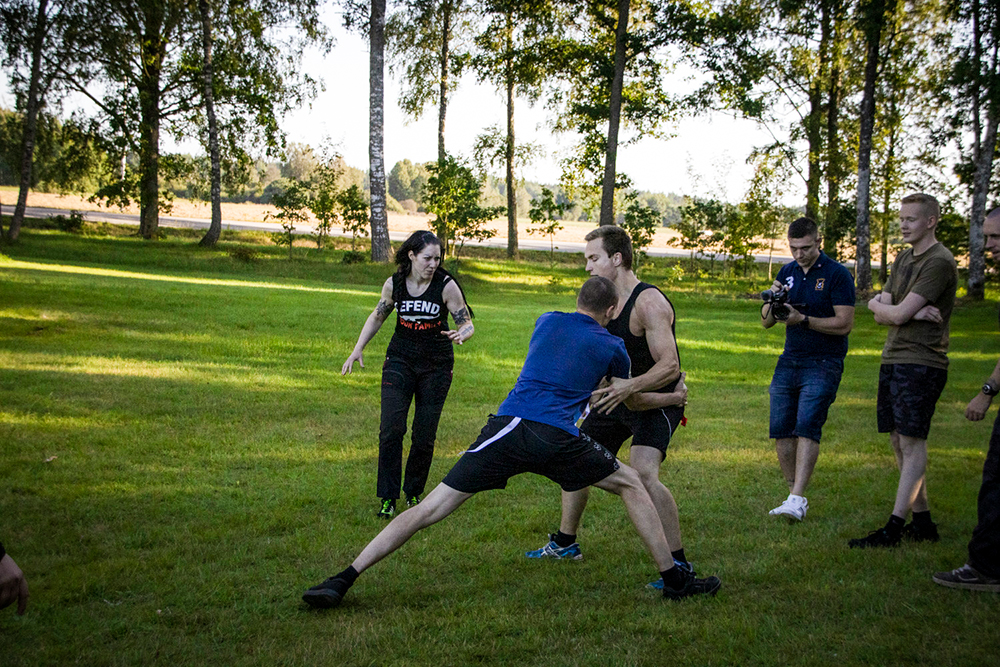 The winning team was Team 1, whose members went on to compete individually.

The first individual event was the “hunter’s rest” where the competitors’ mental strength and endurance were tested by sitting up against a wall with their legs bent at a 90-degree angle. Markus Nordh from Nest 5 and Anders Belfrage from Nest 2 came first and second respectively. 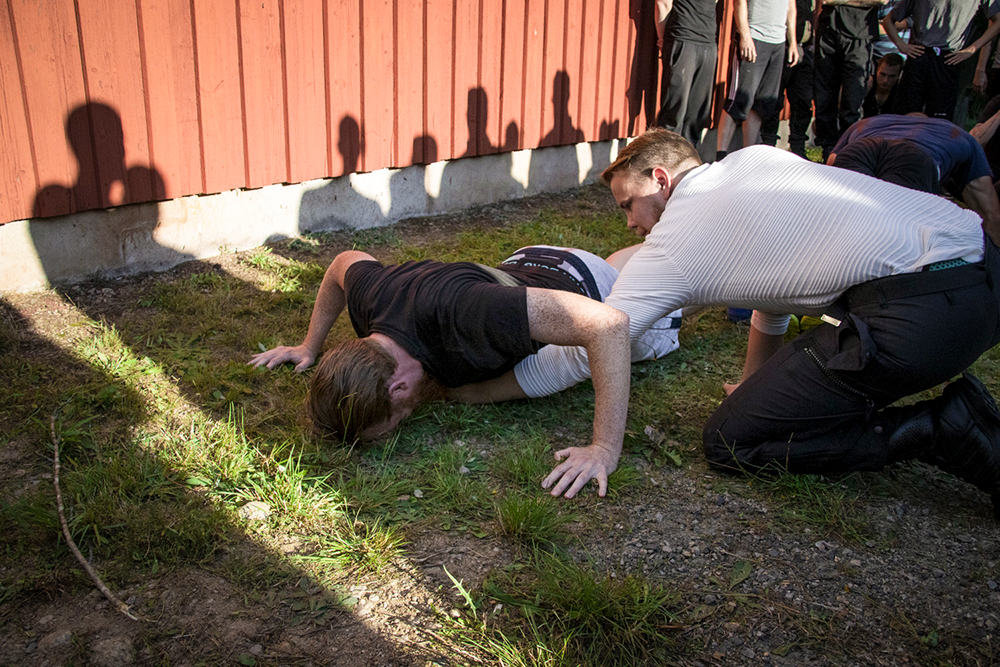 The competition was then decided by the two men doing as many push-ups they could manage in two minutes. Only strict push-ups where the competitor’s chest touched the judge’s fist on the ground were counted. Anders Belfrage from Nest 2 won the competition with 63 approved push-ups.

Nordfront contacted Anders and asked him some questions about himself and the Nordic Days:

Nordfront: How long have you been in the organization?

Anders: I have been with the organization for about a year and a half.

N: Was this your first or second time at Nordic Days?

A: It was the first time.

N: What was your political awakening like? Have you been a National Socialist for a long time and was there something special that got you involved?

A: I had voted for the Sweden Democrats for many years so it was probably in 2015 when all the “refugees” came. I also started listening to Red Ice again as they became more national and began to raise the Jewish issue more.

N: Aside from the competition, what did you generally think of the Nordic Days this year?

A: It was a good atmosphere. Everyone was happy and eager to be there. There was very good food and the whole event was well arranged, although time was a bit short so we had to do everything quickly.

N: What did you think of the competition itself? What was your favorite event?

A: The relay race, but overall there was a good choice of events. There were various tests of both strength and agility.

N: What does your own workout look like? You’re quite a big guy.

A: I’m pretty tall, but I’ve always been quite thin. I usually train three times a week in my garage, and I also run a little.

N: What did you think the resistance was like in the competition?

A: It was good. It was very even, I thought. No one was Bruce Lee, but it was even. 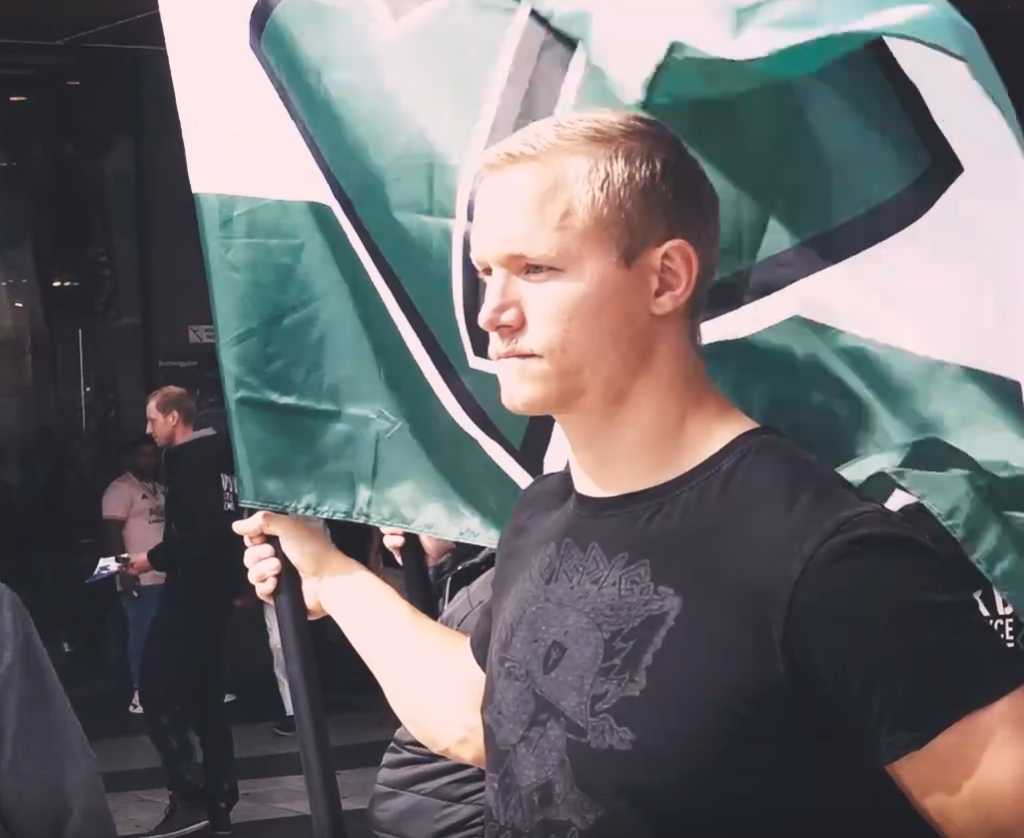 And lastly, five quick questions for the Nordic Man of the Year:

A: The war on the Eastern Front by Leon Degrelle.

N: Do you have a special role model?

A: Not a special person, but rather the very spirit of the Spartans and Caroliners.

N: Are you just listening to Red Ice or do you have any favorite podcasts on Nordic Radio?

A: Well, I listen to Nordic Radio too. Ledarperspektiv [Leader Perspective] and Mer Än Ord [More Than Words] are my favourite podcasts there.

N: Do you have any favourite sports?

A: My personal favourite is the gym. Hockey can be quite fun to watch, but I don’t watch sports that much.

N: What is the best thing about being in the Resistance Movement?

A: There’s a lot. But if I had to choose one thing, it’d be the camaraderie.