INFORMATION. Due to government censorship, the Nordic Resistance Movement in Iceland has had to change its website domain. 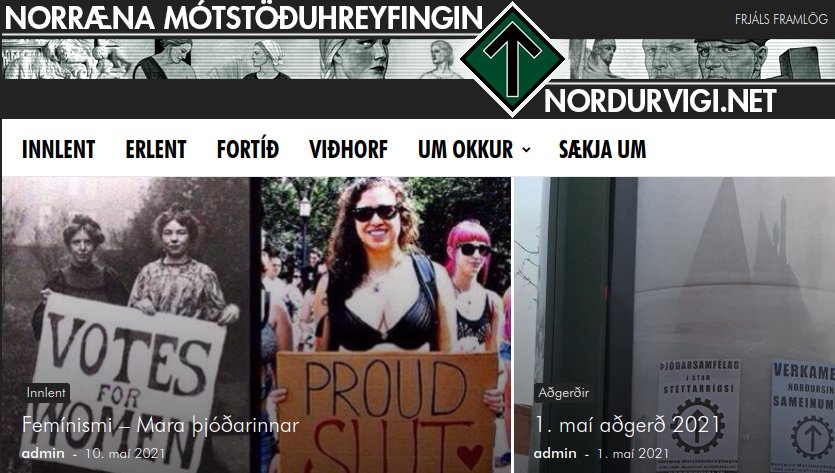 The Icelandic branch of the Nordic Resistance Movement had to change the domain name of its website nordurvigi.is to nordurvigi.net on Sunday. This was due to the Icelandic government passing a law that allowed it to buy all the shares of the domain provider Internet á Íslandi hf (Internet in Iceland), which owns the “.is” domain.

The law was agreed by congress on 18 May and gave the government total control of every .is domain. If the government sees fit, it can make the authorities shut down every website it does not like. Apparently, in their arrogance, they managed to shut down the nordurvigi.is domain without any reason and without contacting us about it.

In the past, Iceland has served as a free-speech-friendly alternative; however, this no longer seems to be the case. Some previous users of .is domains were: The Daily Stormer, ISIS and Pirate Bay.

The Minister of Transport and Local Government, Sigurður Ingi Jóhansson, said to the Icelandic news site mbl.is: “Given the importance of the internet in modern society, there was considerable reason to establish a legal framework for national domains that have a direct reference to Iceland. The drafting of the law took into account security considerations in particular, with the aim of setting minimum rules to promote greater security.”

Nordurvigi.is always had good material that did not contravene any laws, and all our writings were well mannered and without bad language, so the reason for shutting the site down must have been based on their not liking the political views of the Nordic Resistance Movement. Or, as a representative from Iceland commented about the shutdown: “They probably don’t like us, and because of that we are right and they are wrong!”

All content that was on Nordurvigi.is has now been copied to Nordurvigi.net.