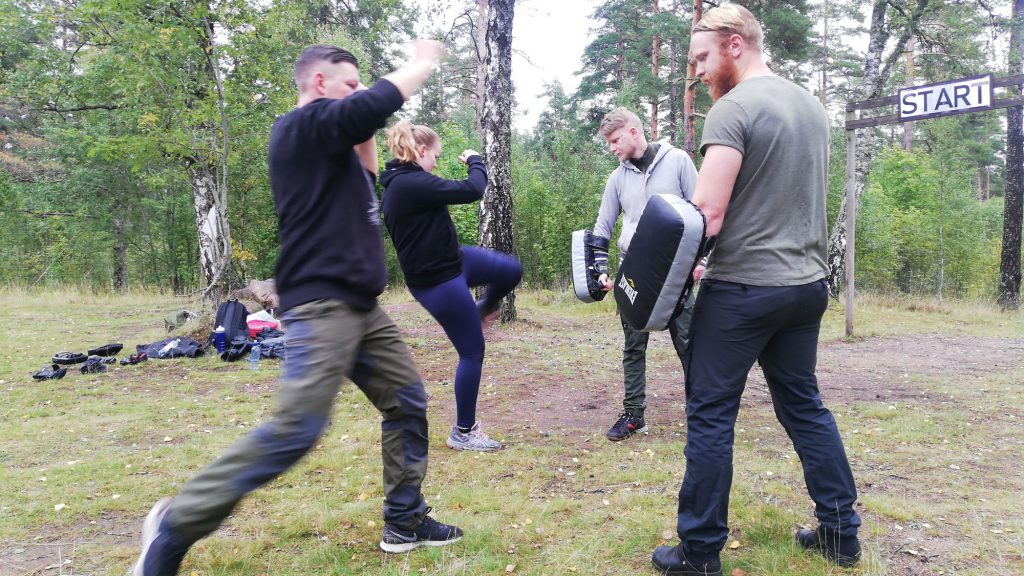 On Sunday, 29 August, members from Nest 7 met in the Småland Highlands for martial arts training. This time the warm-up was a little different, with the comrades putting their physiques to the test on a military obstacle course. 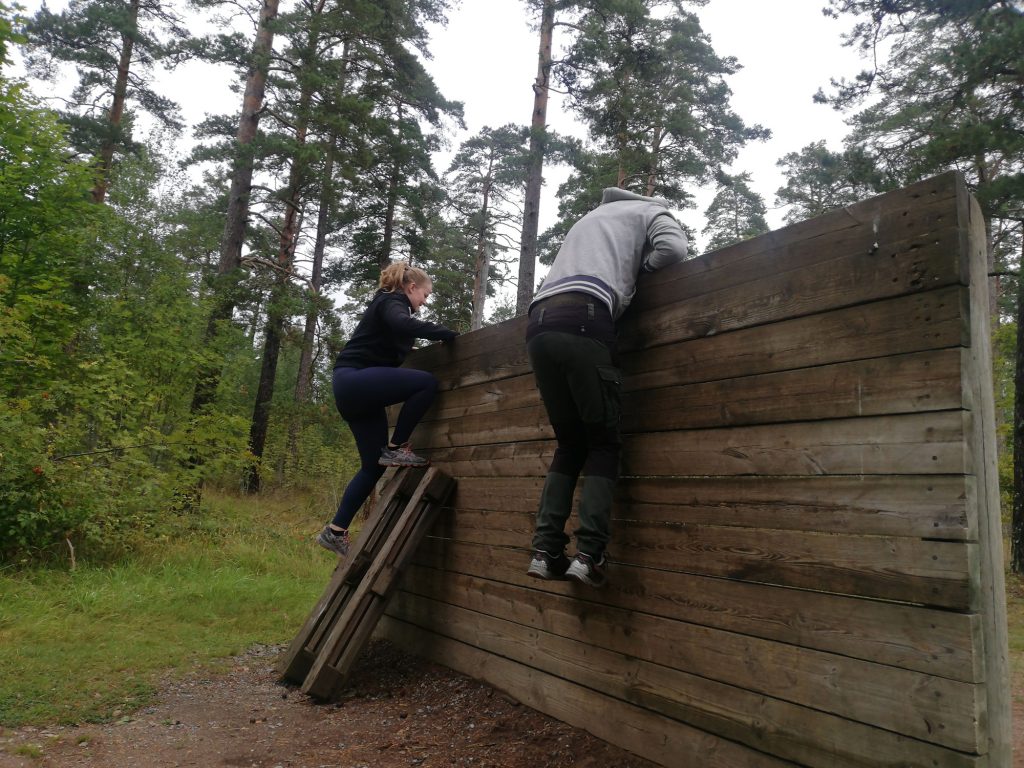 Climbing-walls, monkey bars, balance beams and tunnels were just some of the obstacles that stood in the way of the participants as they navigated their way through the course. However, it was not just obstacles they had to take into account, as the hilly terrain also comprised many slopes and ridges. 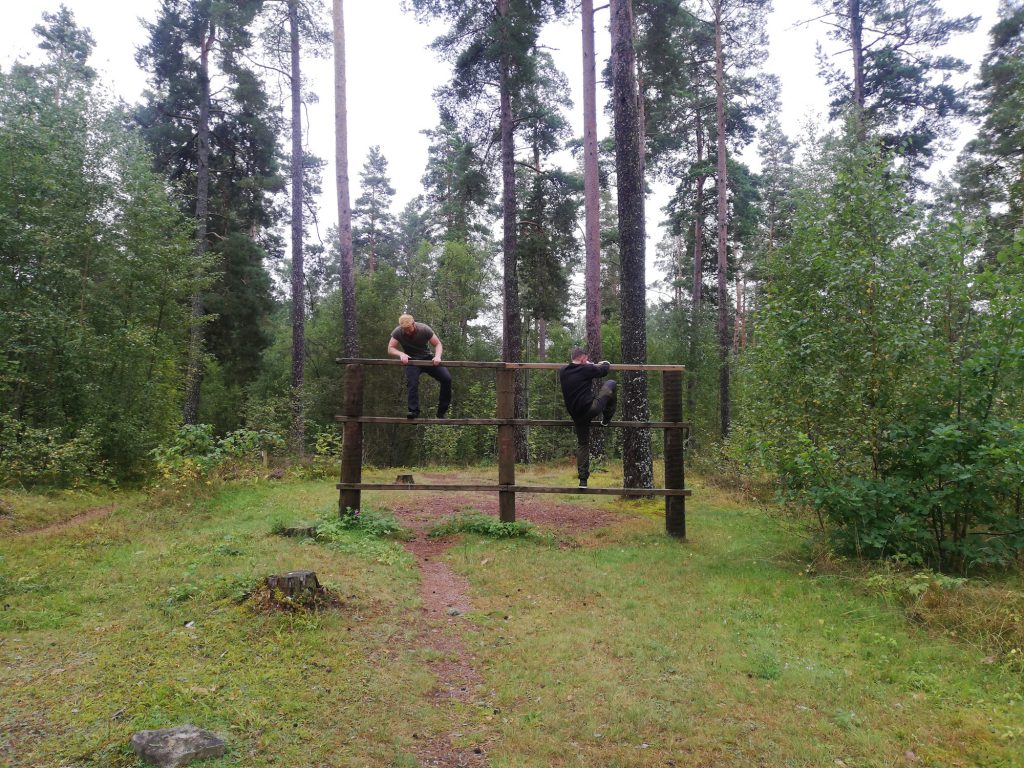 After the warm-up was completed, a short break was taken to recover while the equipment was unpacked for the next activity: martial arts. Meanwhile, the comrades had the opportunity to talk between gulps of water after the exertions of the obstacle course.

During the martial arts, the comrades trained in punching combinations, kicks, reaction abilities and speed. Each round was alternated with push-ups and squats until everyone’s energy was exhausted. 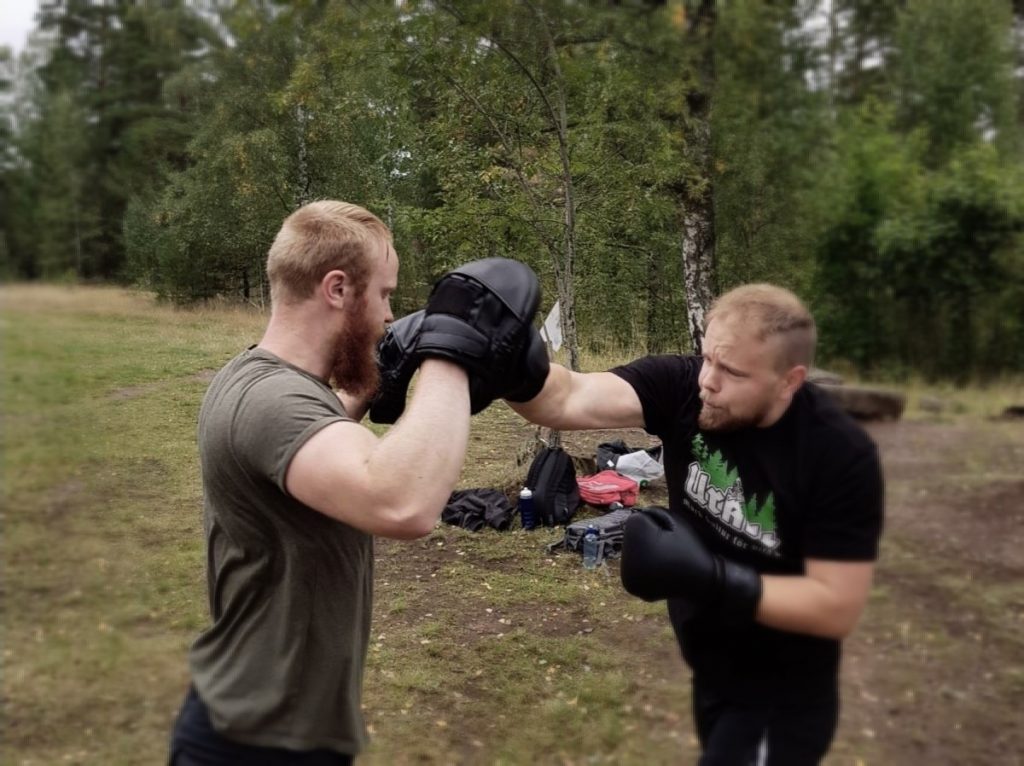 After all of the participants had fought long and hard, and lactic acid, nausea and the taste of blood had begun to take their toll, the training was concluded. On the way back to the gathering place, the day’s activity was discussed with great cheer, before everyone said their goodbyes until next time.