NATURE. Activists from Norway’s Nest 1 recently enjoyed a weekend of camping, hiking and good comradeship in the forest. 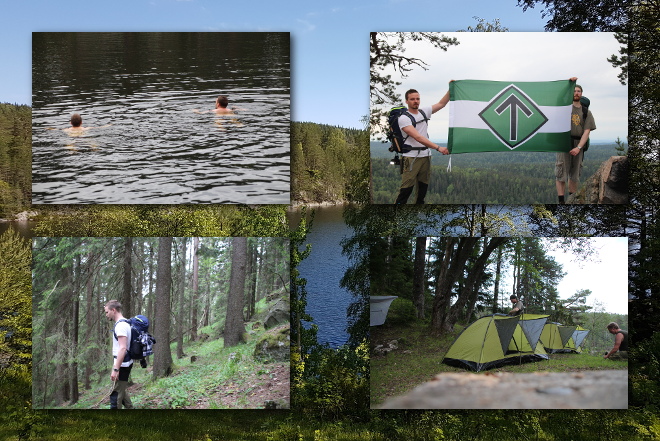 The plan for the weekend was to set up a camp on Saturday and go hiking in the woods on Sunday.

Saturday began with a meeting in a large town in Eastern Norway. When everyone had arrived, the activists continued to the woods, parked their cars and began the walk to the camp site.

When the comrades reached the site, they collected wood from the forest, fetched water from a stream and set up camp. Some members had brought fishing rods and fished for perch in the lake. Unfortunately no fish were biting, but the lake still served as a refreshing bathing spot on both Saturday and Sunday. 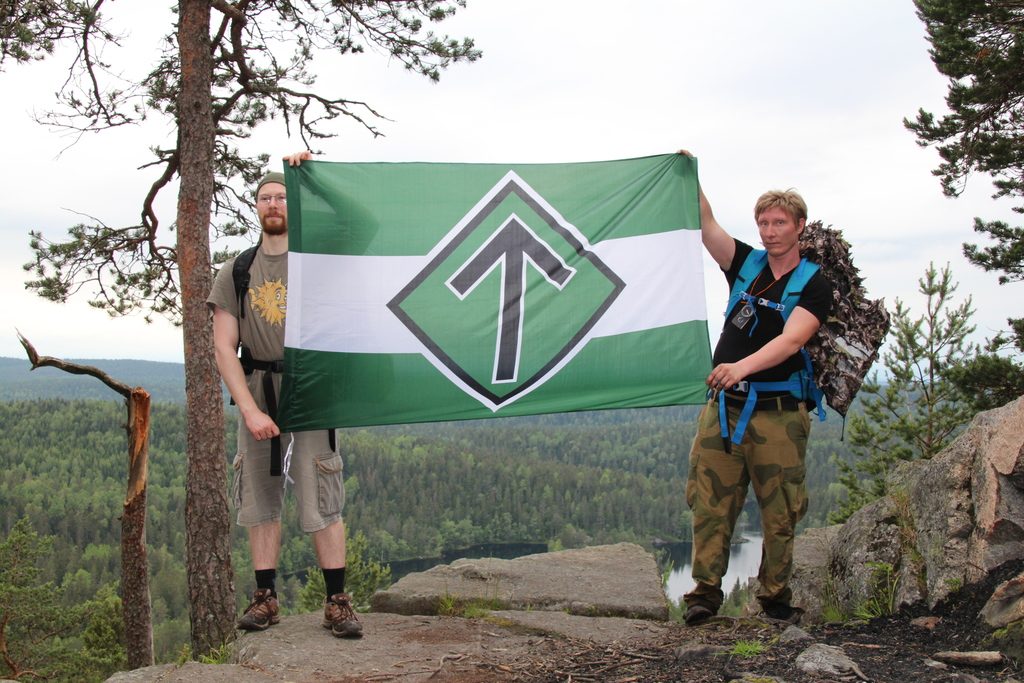 Later that afternoon it was time for food, which consisted of sausages grilled on the fire. One of the activists also picked various edible plants and herbs from the woods, and later served up some “troll brew”. Afterwards there was time to go for a walk in the woods and chop more wood before evening wore on and it was time to sleep.

Sunday began with lighting a fire to cook breakfast, followed by a morning dip in the lake. After breakfast, the fire was put out and the camping gear packed away. It was then time for the main event of the weekend: a long woodland hike with full backpacks.

The hike consisted of a roundtrip through woods, marshland, riverbeds and up and down mountaintops, before the activists arrived back at the parking place after five hours. It was a very tiring but enjoyable trip, which will soon be repeated.