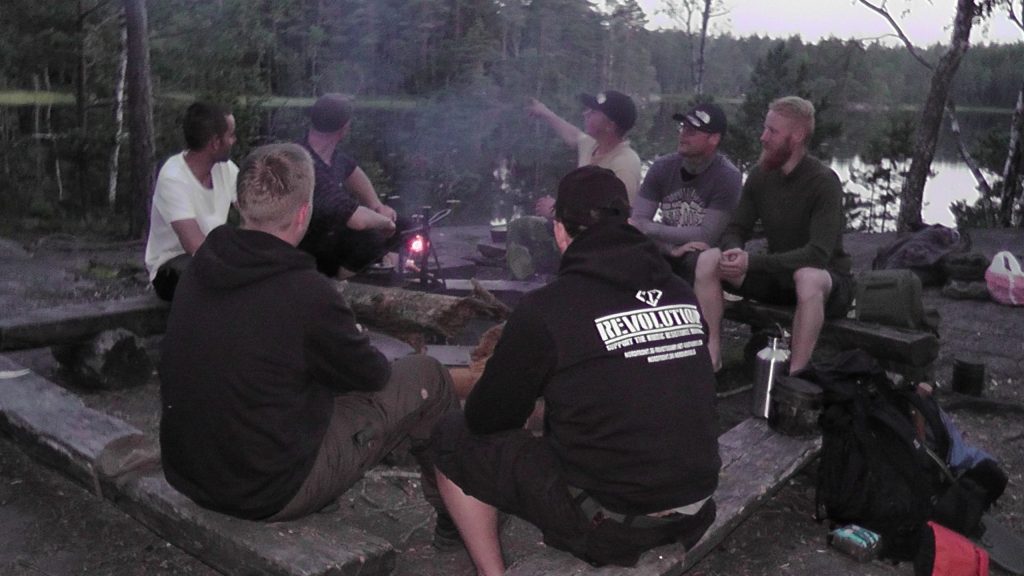 The weekend began on Friday 17 July with a hike through the forest and fields. During the journey to the campsite, edible plants were picked, including bulrushes, blueberries, pine needles and birch leaves.

After about four hours, the participants reached the lake where they would set up camp. They were divided into two groups, with one preparing the campsite while the other gathered wood and built a fire. The food they had brought with them was cooked, and the plants they had gathered were sampled.

With the bulrush, the root can either be eaten directly after cleaning, or it can be turned into an infusion. The meal was followed by several hours of conversation around the campfire as the sun set over the lake. 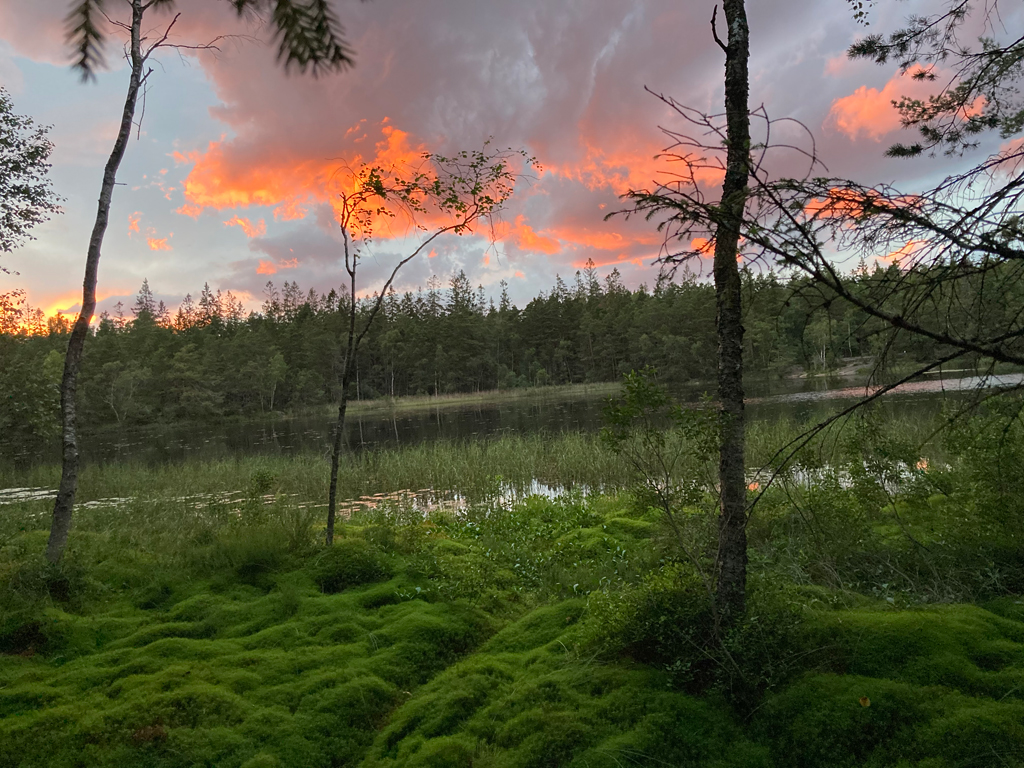 After breakfast on Saturday, the participants were tasked with building a simple bridge with two ropes, with one comprising the walking rope and the other the hand rope.

Ants were then collected from an anthill and were fried for a few minutes and tasted by everyone. Besides the somewhat crispy exterior, they had a distinctly sour taste. 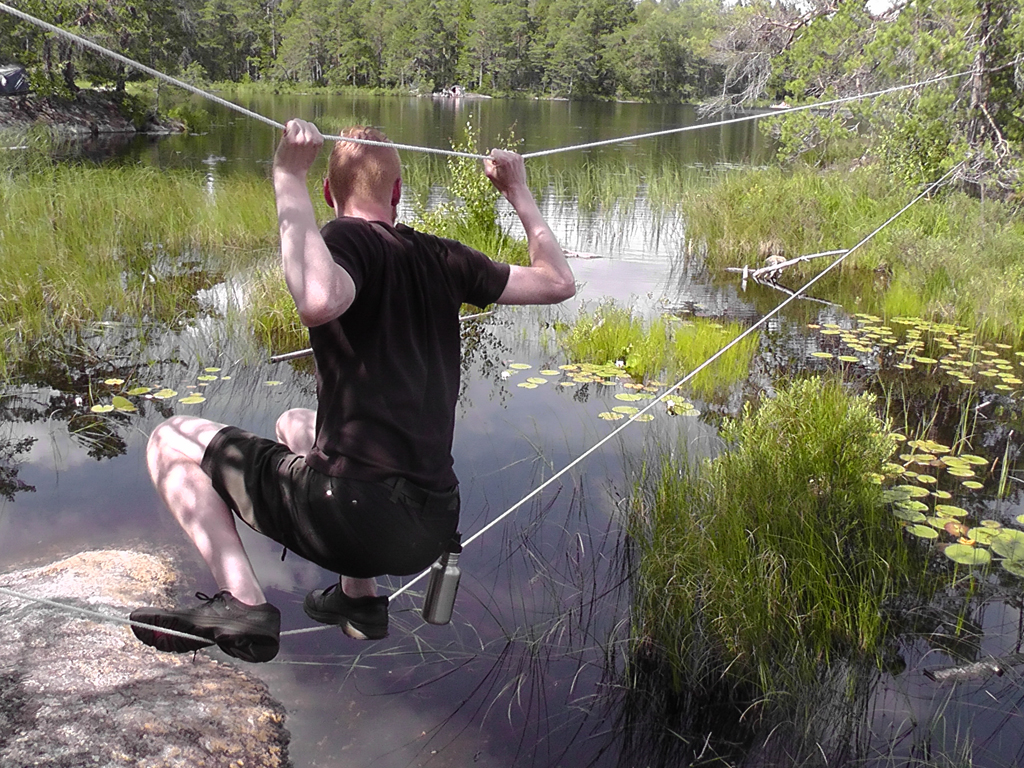 Other skills taught on the day included how to construct a saw, map proficiency with compass directions, and making torches with resin for fuel. Infusions were also made from juniper twigs and then drunk.

On Sunday, rafts were built with spruce twigs and brushwood that was tied together and wrapped in a tarpaulin. All of the rafts managed to carry the weight of one person and floated well. 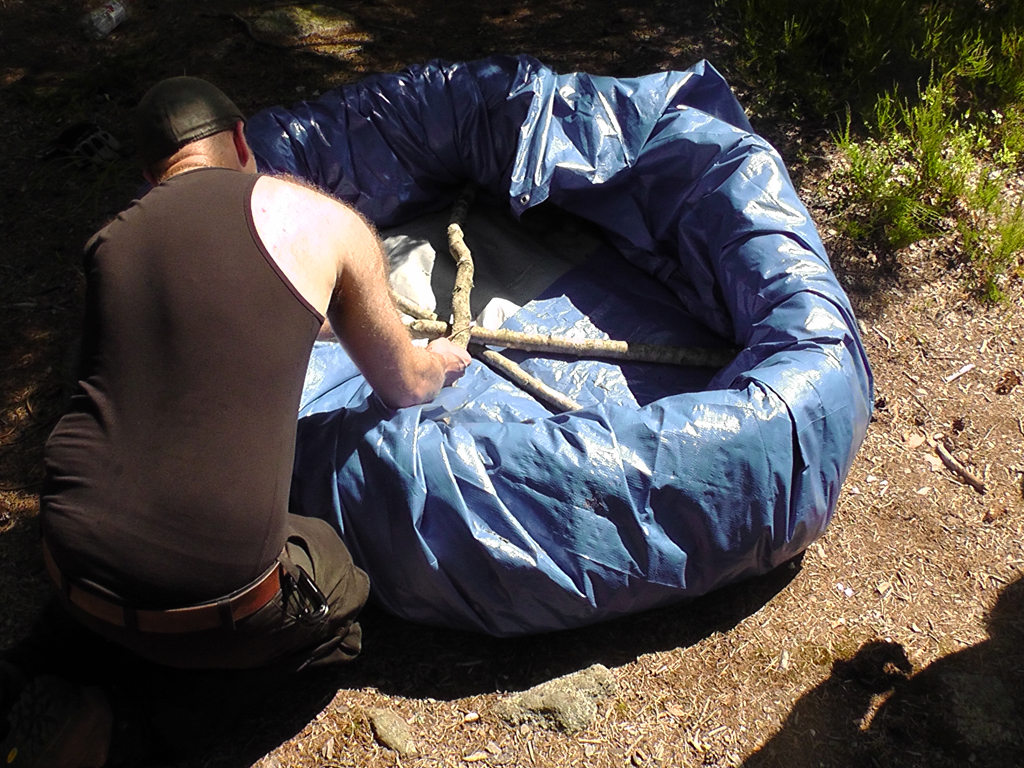 After the weekend’s final shared meal, the camp was disassembled. Everyone was in agreement that it was a successful weekend, both in regard to the new skills learned and the strengthened bonds of comradeship.