It’s not every day that I make a 500-mile round trip to attend a party, and it’s also quite rare for me write an out-and-out tribute article dedicated to someone (at least to someone living). But when Pär Öberg turned 50 years old and celebrated his accompanying birthday party, I made an exception in both cases.

I first met Pär Öberg when I was 17 years old, which means it must have been in 1995-96 and that Öberg himself was around 24 years old at the time. We met at a concert in Sundsvall where Pär had a sales table as a representative of the Riksfronten organisation. I was there to play music, while Pär was trying to get drunken skinheads to start doing something sensible.

That was probably the first time I had met a celebrity in the national movement who was not a musician but part of the political struggle. He was the first real “Nazi leader” I met. He was also a person I respected then and still do today.

At the time, the main thing I knew about Pär was that he had undergone a particularly nasty doxing. The newspaper had photographed his apartment, circled his window in the photo and virtually encouraged an assassination. As a result, he was fired as a teacher, but he still continued with the struggle. People who self-sacrifice have always impressed me, especially when they don’t grumble about it, like Pär doesn’t. I also really appreciated Riksfronten’s newspaper, which was so wonderfully and bluntly anti-Semitic.

A few years passed and I joined what was then called the Swedish Resistance Movement. Pär had seen Riksfronten collapse a few years prior; the National Alliance had tried to fill the void, but failed and also came to an end. In contrast, the Resistance Movement had risen like a star to begin with, but then suffered a serious split. During a midsummer celebration in Stockholm a few months after I joined, Pär Öberg whizzed past me. In the midst of all the personnel losses and organisational chaos, Pär had come to join the organisation.

Pär joined the movement in the hope that he could help play the role of savour to some extent in times of need – and that was how it turned out. I became part of the new national leadership, although I had a more reserved role. Pär was given a more prominent role and also became Nest Chief of Nest 1. With Pär, the national leadership gained a lot of expertise that didn’t really exist before – whether it was the ability to get our magazine Nationellt Motstånd (National Resistance) printed, or organise a Nest and get activities started around the country. He was also an exceptional public speaker and debater.

In addition to Pär’s organisational skills and competence, there were some mental qualities of his that I appreciated right from the beginning. These were demonstrated when he climbed the Movement’s hierarchy at record pace – which was based on previous merits and the situation our organisation found itself in. I don’t have any problems with someone climbing quickly, but I also know it can change a person in a negative way. However, Pär never once demonstrated any “diva” tendencies and instead worked constantly to make people better versions of themselves.

Another good thing about Pär is that he has always held a positive attitude towards the struggle. He has never seen the struggle as a burden – or at least never shown it to the outside world – but rather as a desirable and natural part of life. Always positive, always finding solutions to problems, never capitulating in the face of adversity. I dare say that it was this mentality that saved the organisation during the years it was foundering, as this attitude acted as a counterweight to those whose mentality was the exact opposite. 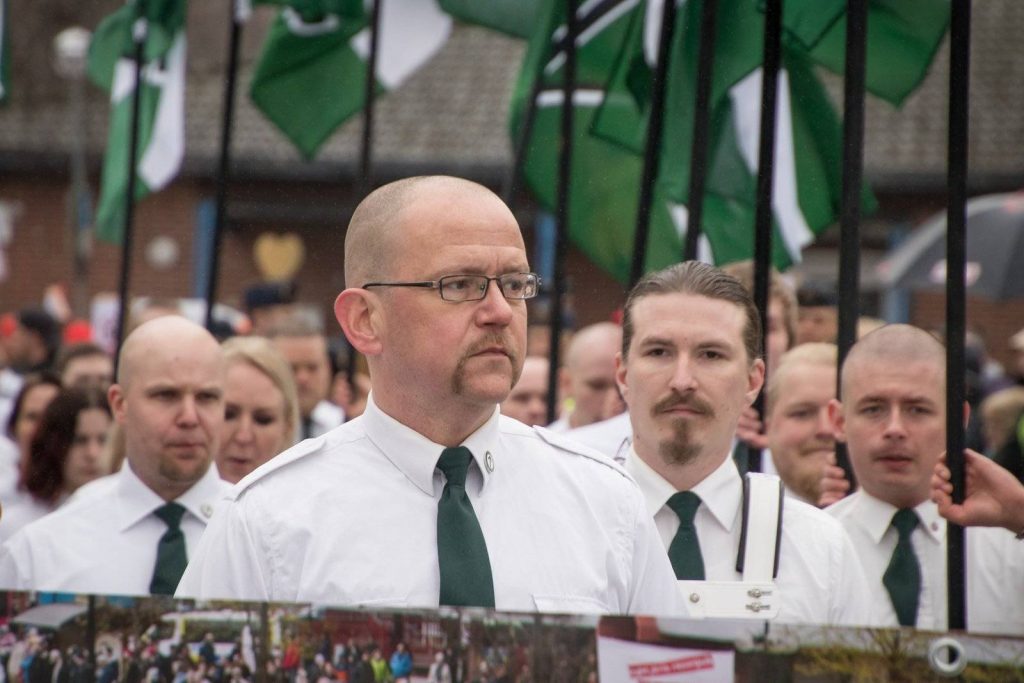 Pär Öberg also has a good sense of humour, which his April Fools’ jokes attest to in particular. During the weekend’s surprise party, Pär gave a birthday speech in which he joked that more people came to his party than to Karl Marx’s funeral – adding that many of us would have liked to have gone to Karl Marx’s funeral. Typical Pär Öberg humour.

Throughout the years, I have viewed Pär as a very good comrade but also as a friend. I myself am extremely restrictive when it comes to having friends, and I usually just keep to very few at a time. Pär has always been one of them. It was therefore a given for both me and my wife Paulina (who has also known Pär for a very long time) to make the drive up when we were invited.

However, it’s likely not just me who sees Pär as a good friend. I don’t know if Pär wants this label, but he has been perceived as a father figure by many. This is because he often helps out if people have any problems in their private lives, whether it’s giving suggestions, mediating or lending a hand in one way or another. As such, our members have a great deal of confidence in him.

I will end this tribute article here so we can save a bit of praise until he kicks the bucket, which hopefully won’t be for another 50 years – or until we both fall side by side. That fate would suit me fine too.

Congratulations on your 50th birthday, Pär!