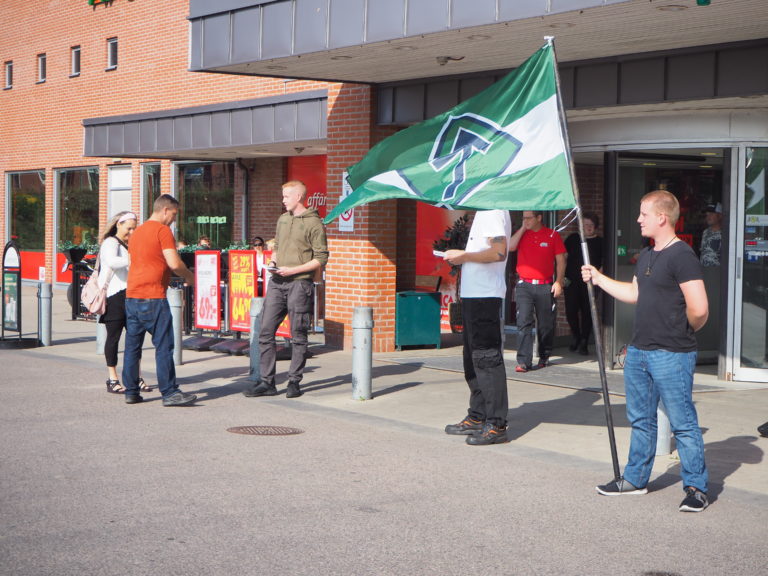 The activists quickly observed that the National Socialist presence in town was appreciated as leaflet after leaflet was accepted by the people. Supporters took photos of one another next to the flag and shook hands with the Resistance men.

After a while some Ica supermarket staff emerged and asked the activists to leave, something which passers-by strongly disliked: “Why can foreign beggars be outside the store but not the Nordic Resistance Movement?” asked one of them.

The activity concluded after a couple of hours and was very successful. 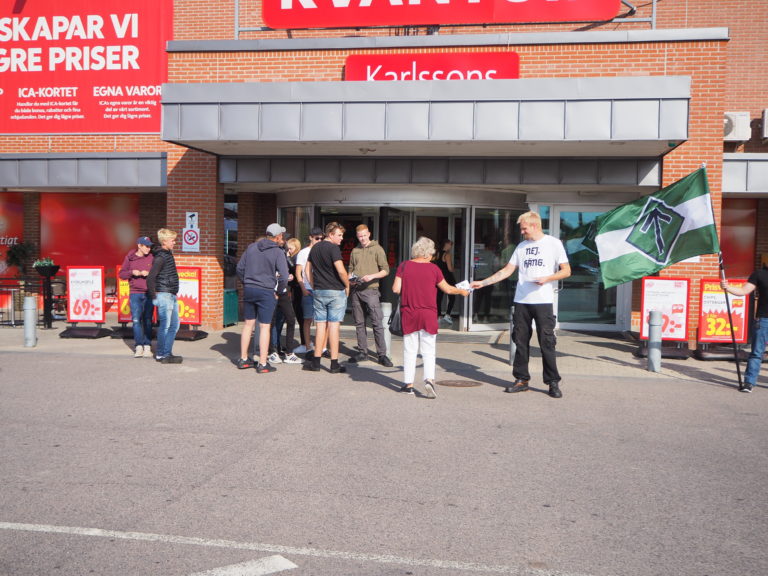