GREENLAND. National Socialists have sent a message from Greenland, where they have been on an excursion in beautiful scenery with the Resistance Movement’s Tyr rune flag. 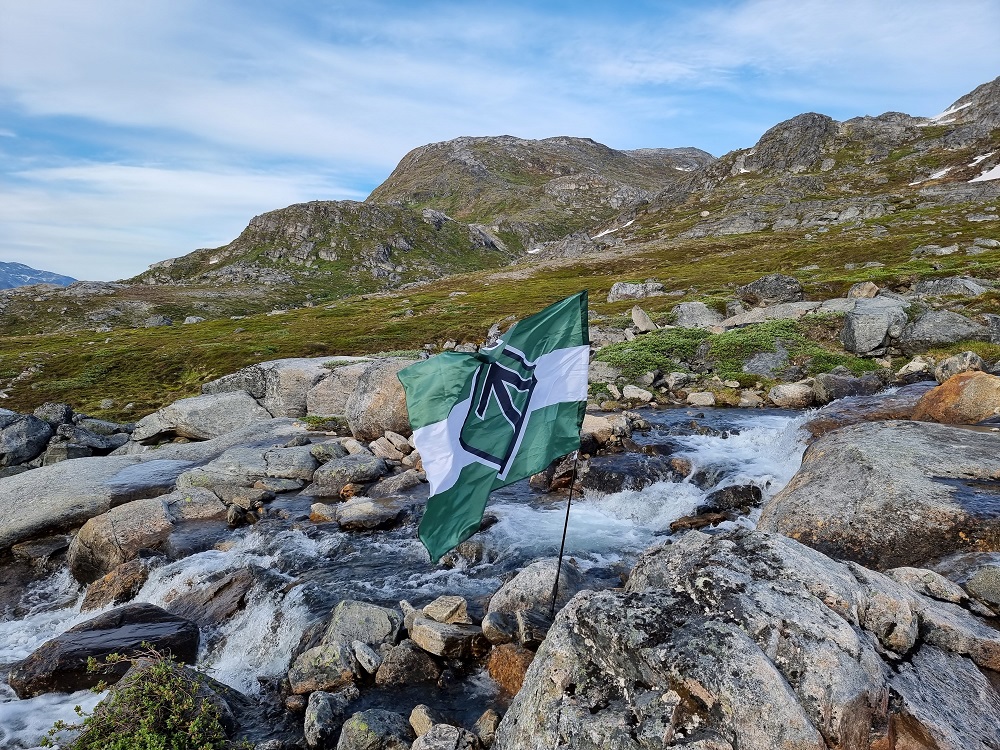 Supporters of the Nordic Resistance Movement have sent a postcard from Greenland. It reads:

On a short hike out in the country. The Resistance Movement’s flag was brought along and photographed in the scenic surroundings. 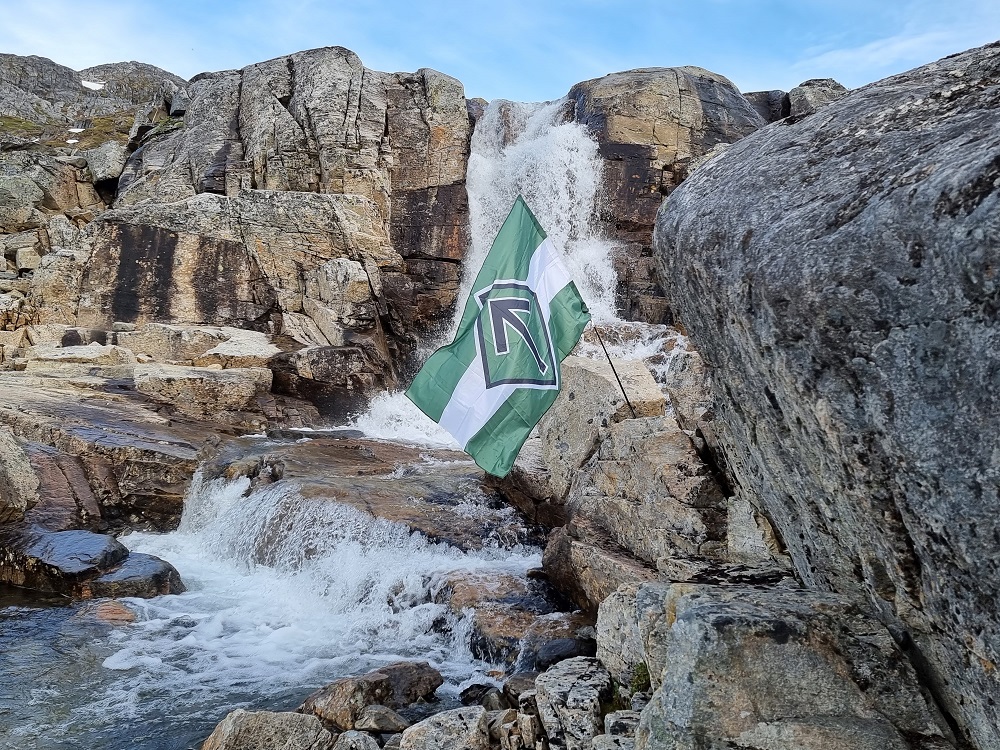 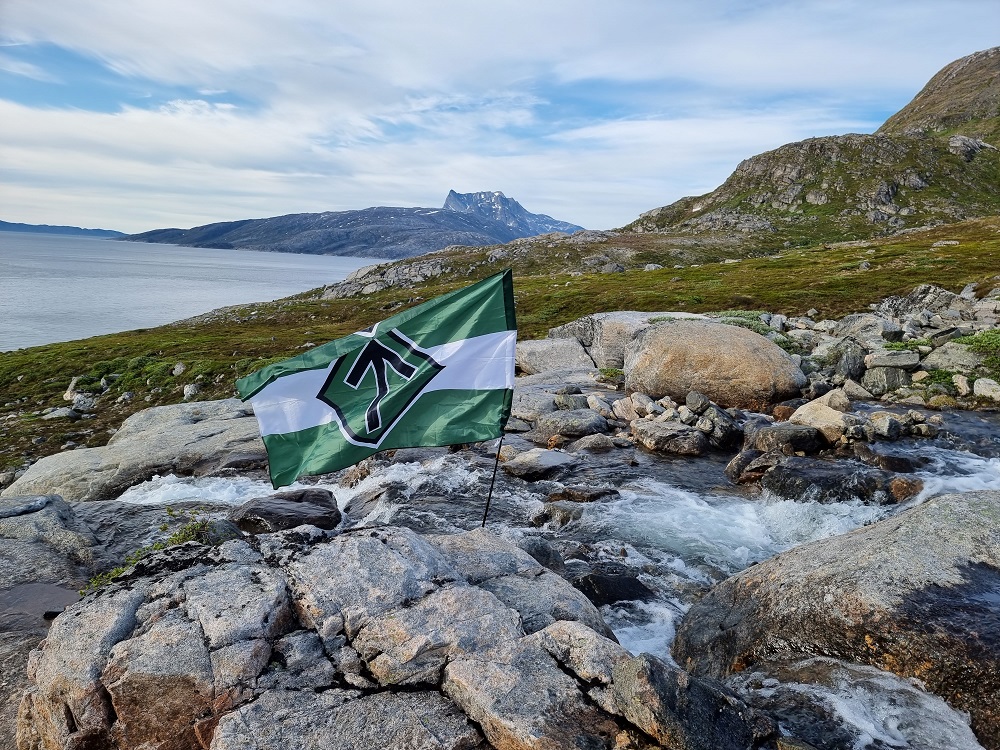 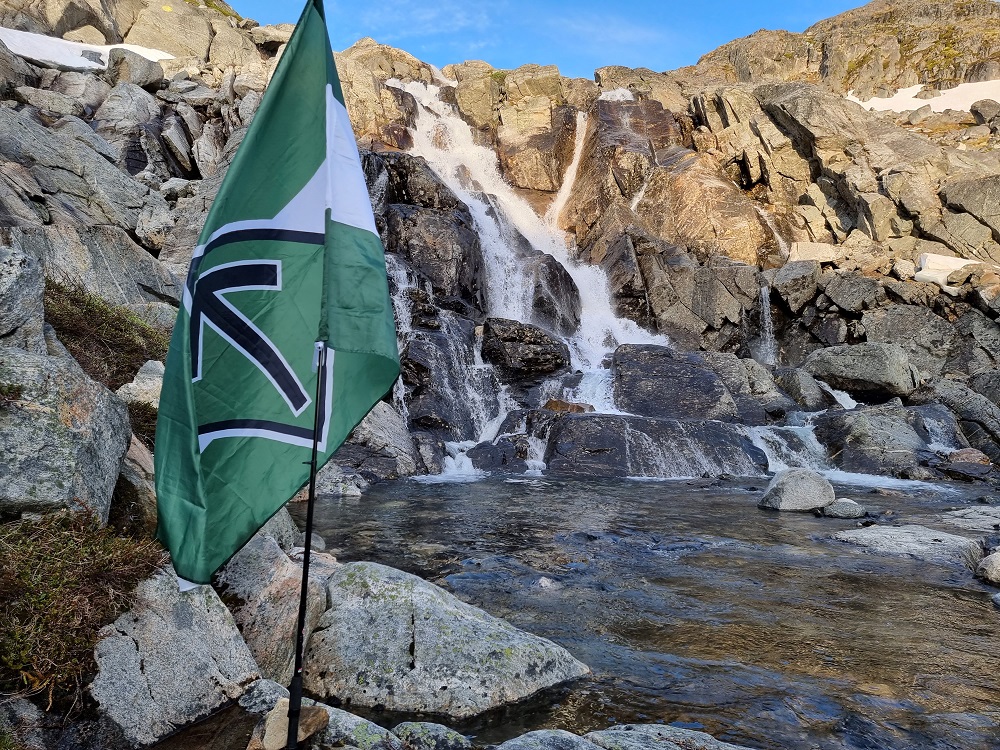 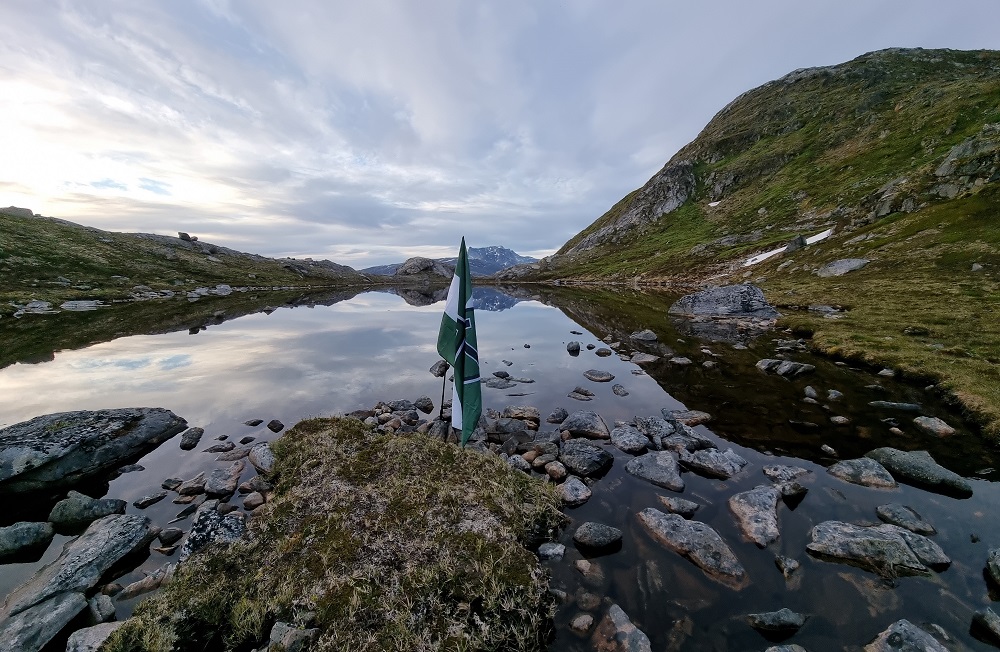