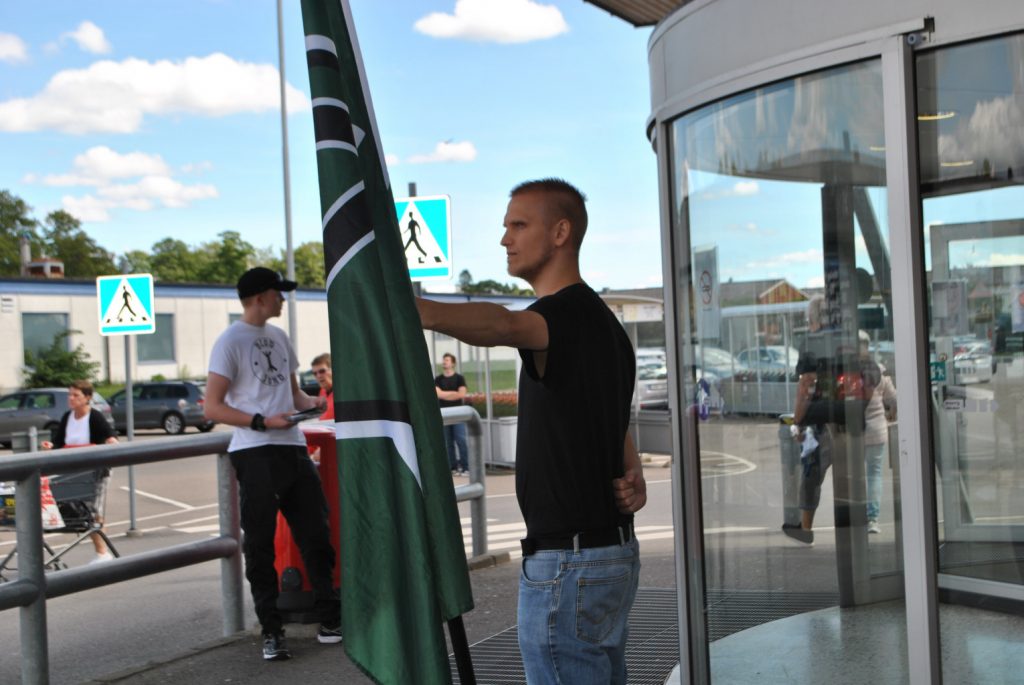 At lunchtime activists took up their positions outside the entrance of the Ica Kvantum store in Klippan. Not long after, a female employee came out and complained about the Resistance Movement’s presence. Meeting with no success, she returned to the store and excitedly called the police together with a couple of other freedom-haters.

Naturally the activity continued despite this interruption, with leaflets being given out to shoppers. Nationalist-minded sympathisers stopped to commend the activists and chat with them, as did many other interested Klippan residents. After an unknown number of calls to the police, a police car finally turned up an hour later. Like many other people present, the policeman who exited the car seemed to be rather annoyed by the nagging Ica woman. 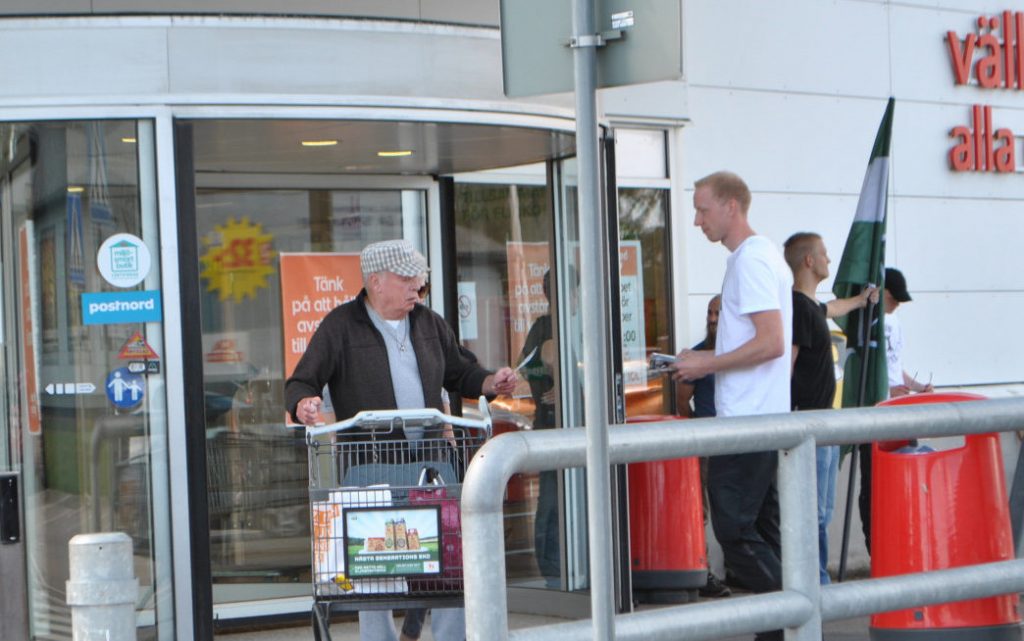 When the public activity was over, the activists divided themselves into three groups in order to cover all of Klippan with Nordic Resistance Movement propaganda. 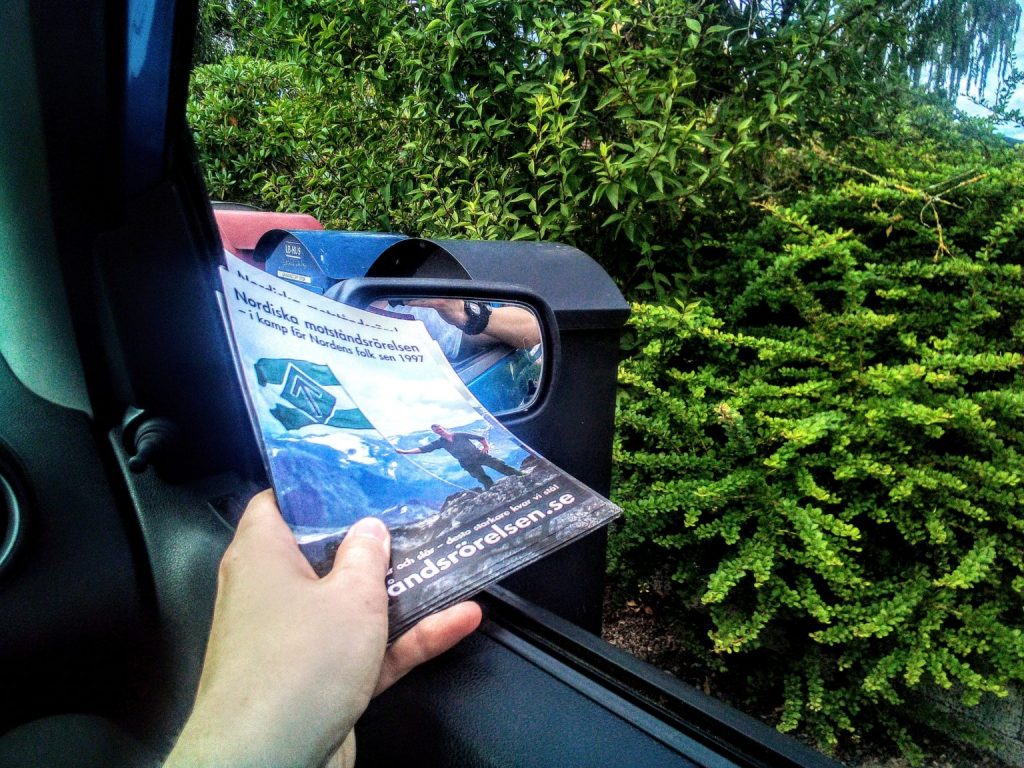 By the end of the afternoon, they had covered large parts of Klippan, Östra Ljungby, Kvidinge and Gråmanstorp with over 3,000 leaflets and 200 stickers. 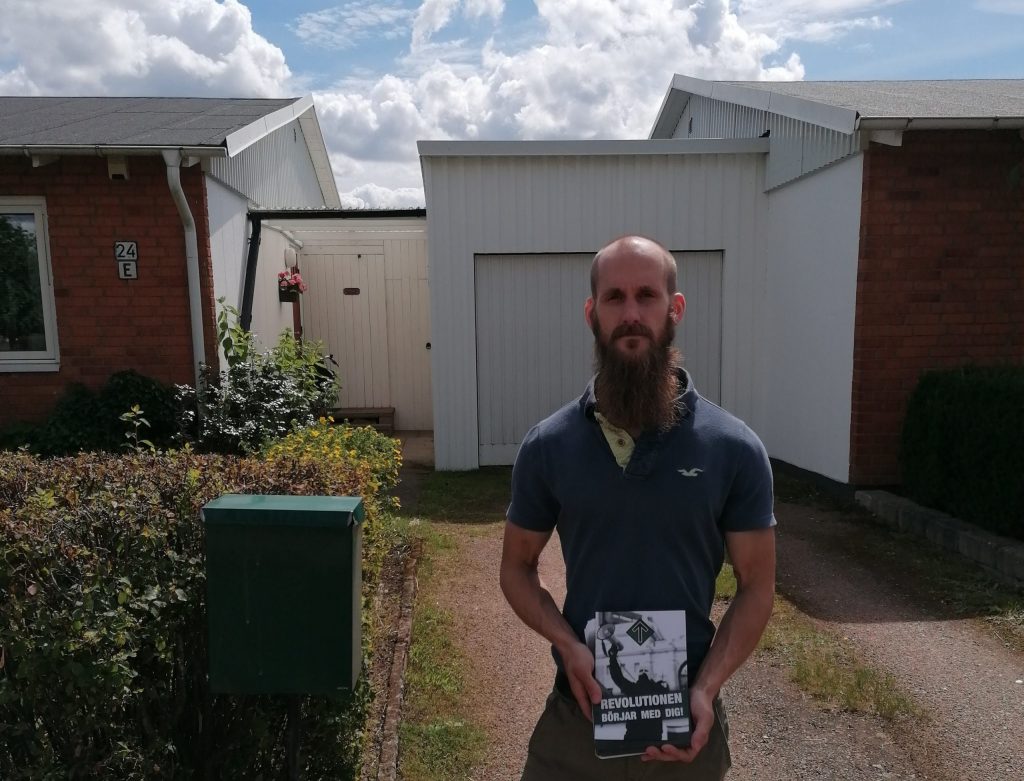