ACTIVISM. Sweden’s Nest 7 encouraged the residents of Eksjö to fight for their people during a public activity earlier this month. 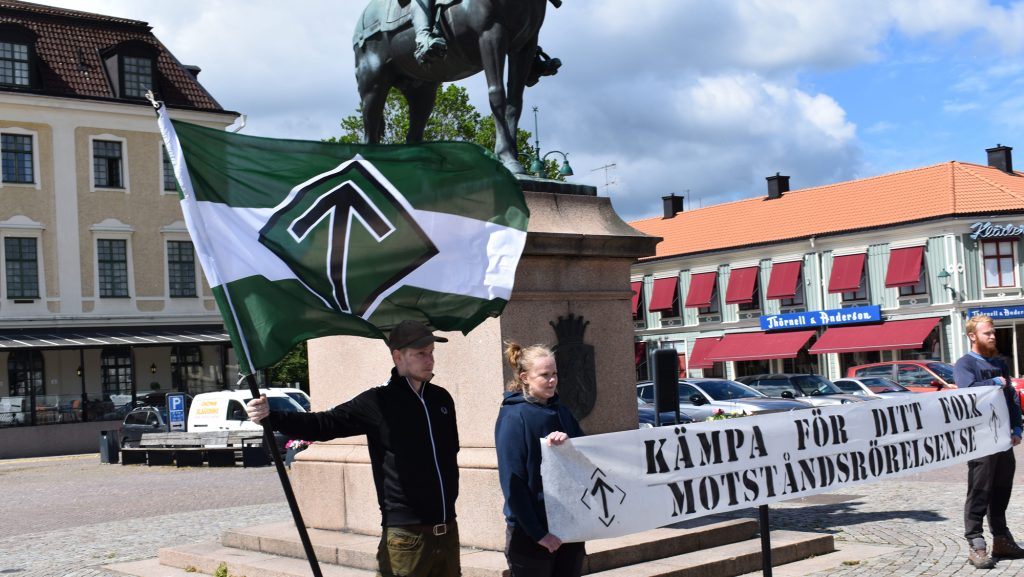 Nest 7 were in Eksjö, Jönköping County, on Saturday, 12 June to spread the National Socialist worldview. They took their positions outside the station with a banner bearing the message “Fight for your people”. The banner immediately attracted a lot of attention, and some passers-by expressed their support for the Resistance Movement. After a while, the group relocated to the town square, where there were more people. 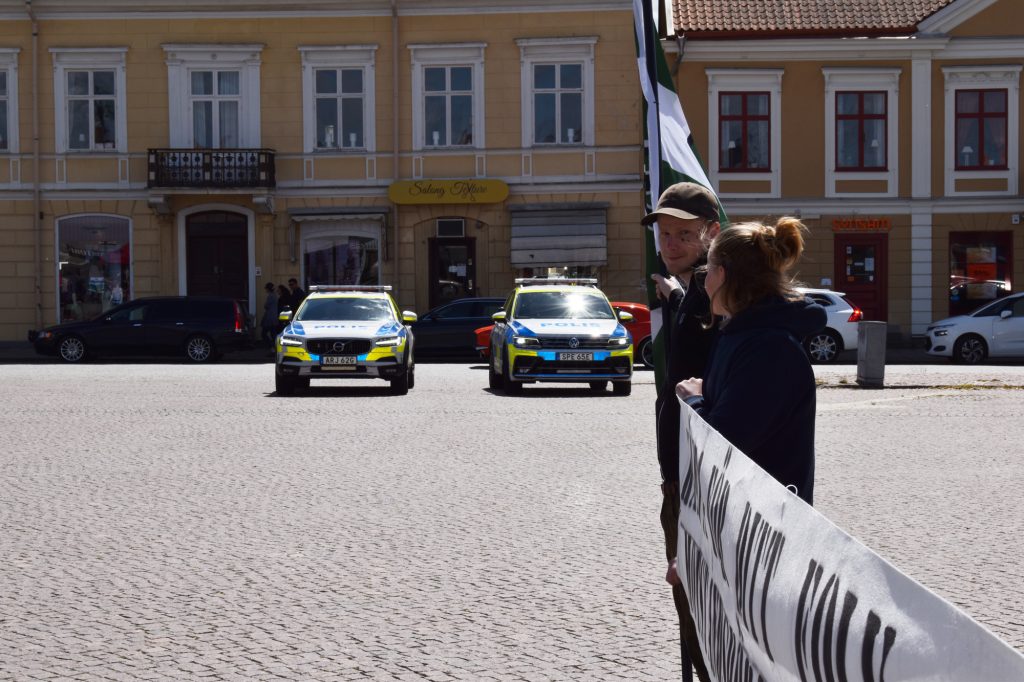 After the activity had been going on for a while, a few members of Sweden’s dying generation of reds arrived to demand that the Resistance fighters leave the area. When they realised they wouldn’t get their wish, they hung around to talk nonsense and reel off all the lies and platitudes they have learned from the Jewish propaganda machine. 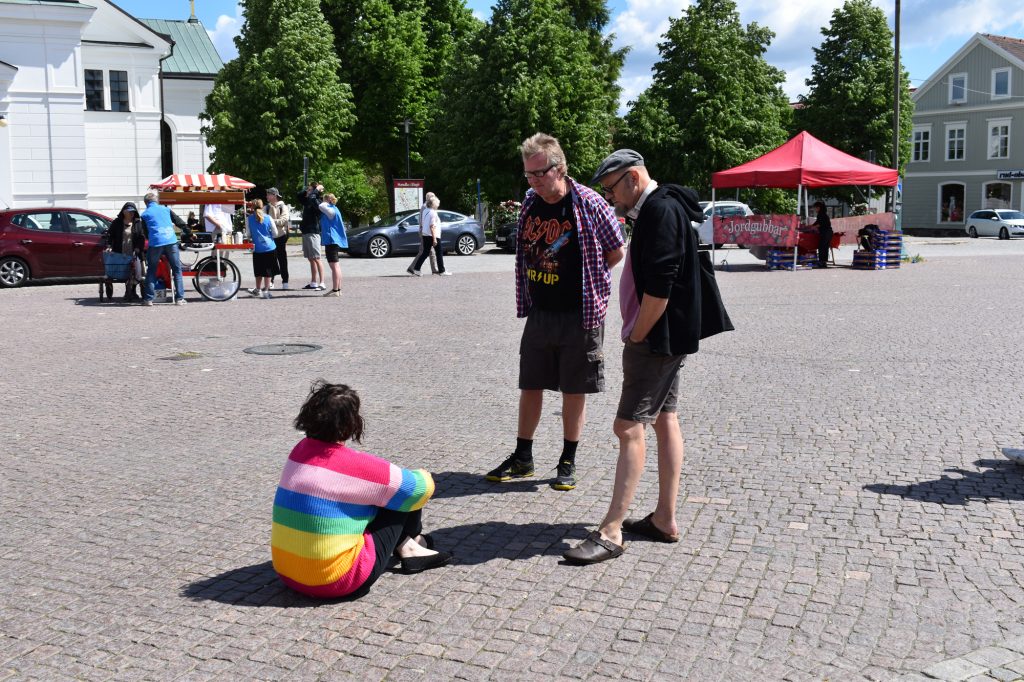 After the activity concluded, the police followed the activists and continued to watch from a distance as the group stood and talked.

The day was deemed to be very successful, as the message reached a lot of people. Eksjö can count on another visit in the not-too-distant future!