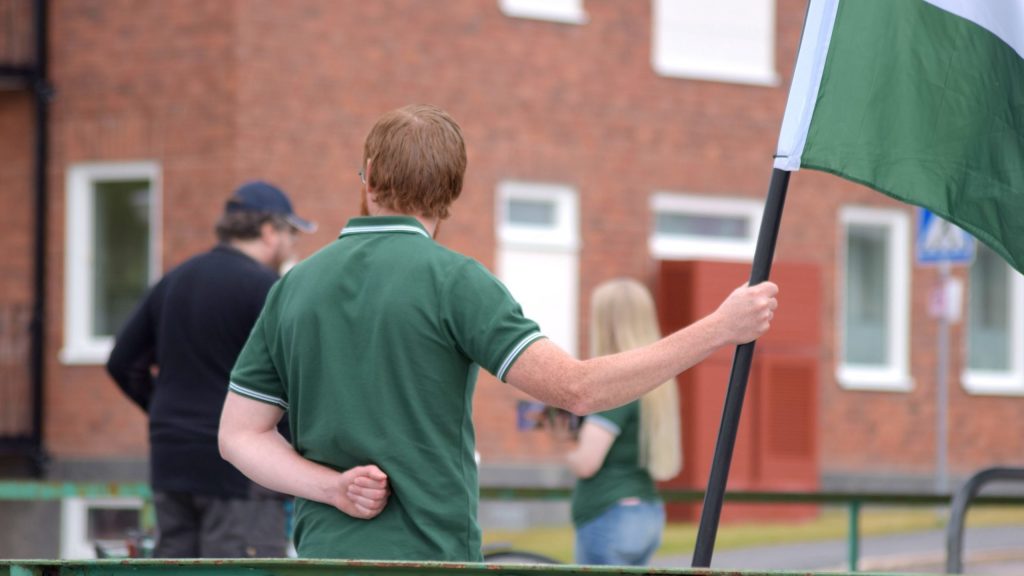 Nest 5 were in Grängesberg, outside Ludvika, on the first two weekends of July to hold public leaflet distributions. The days saw a lot of people out and about in the town, enjoying the shops and the summer weather. The public activism was accompanied by flag bearers and a coffee table with refreshments for passers-by. 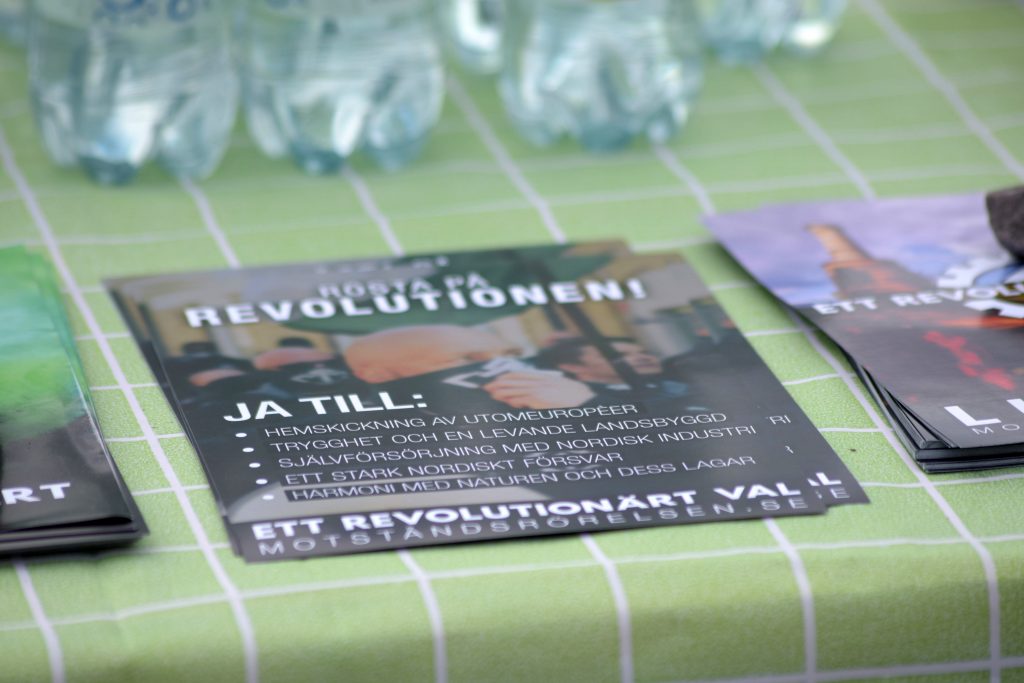 Another complement to the action was a banner that decorated the wall behind the participants. The message on the banner was intended to criticise the parliamentary system in a humorous tone, while informing the public that participation in an election does not mean slavishly playing the parliamentary game.

The activity passed at a good tempo, with all the leaflets being handed out. During the distributions, the activists held both sporadic and extended conversations with positively and negatively minded local people. 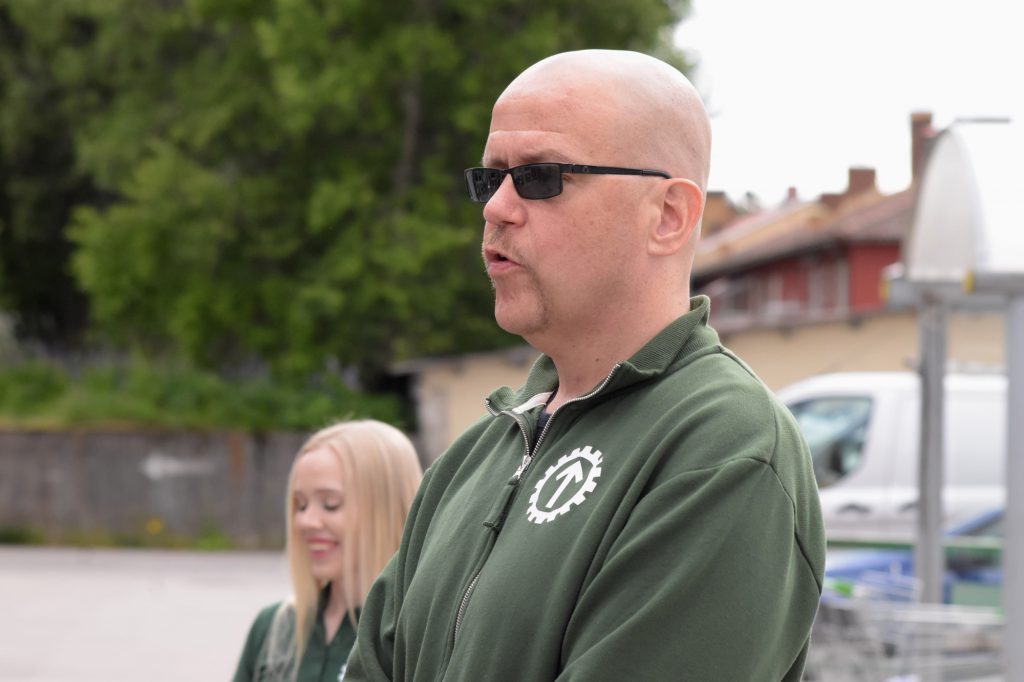