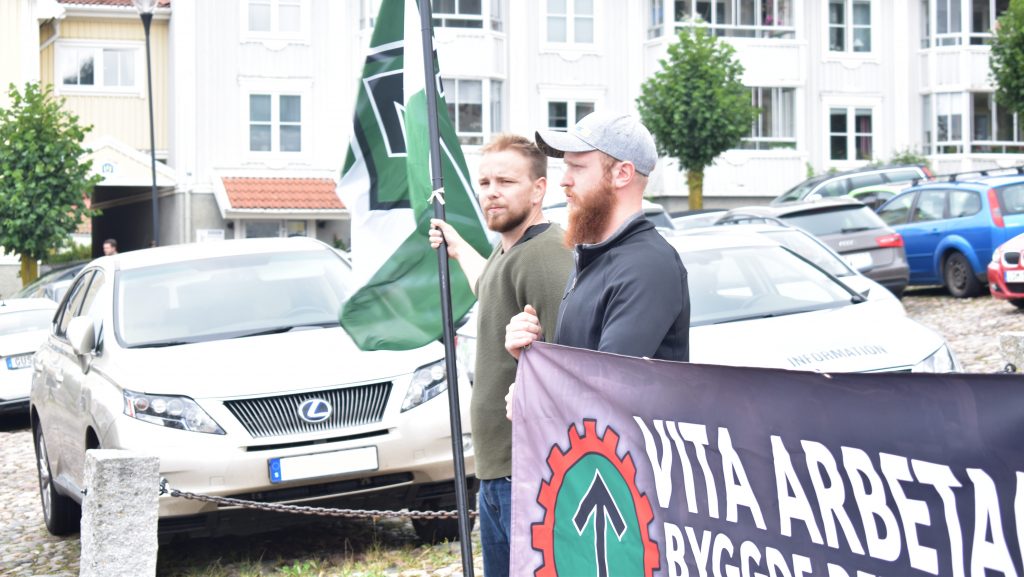 First they visited the tourist town of Gränna, north of Jönköping, to spread the National Socialist message. Despite the bad weather, the streets were full of visitors. Many came up to the Resistance men to discuss politics – especially immigration policy. They were very curious and wondered what the Resistance Movement actually stands for, and whether everything they had heard about us in the media was true or not. After getting a clearer picture of what the Resistance Movement thinks and does, most of them were sympathetic and wished the activists good luck. 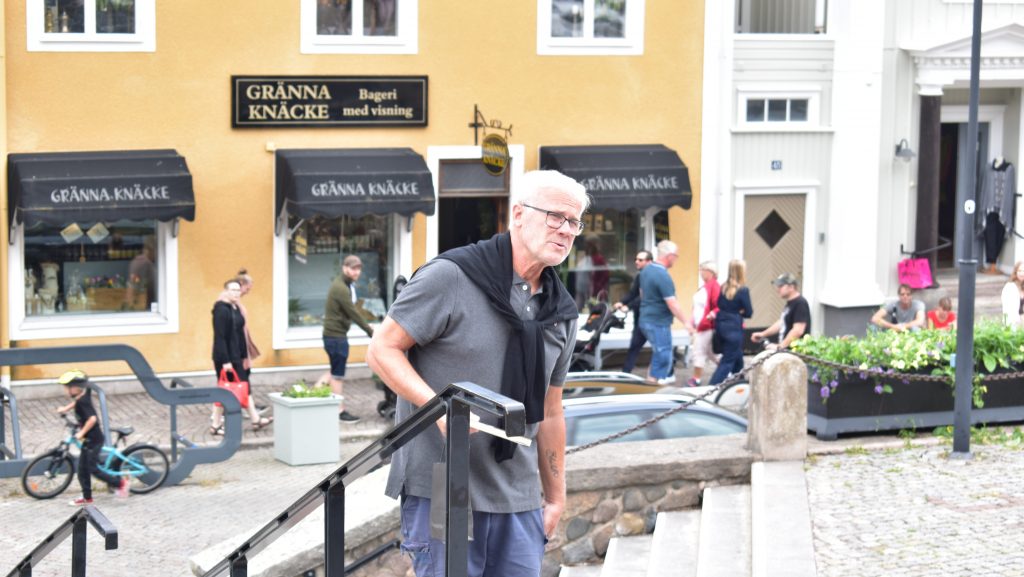 Unusually, the police did not make an appearance. Instead, a self-appointed local policeman came over to ask if the Resistance Movement had permission to conduct the activity, whereby it was explained to him that permission for such things is not required. He turned out to be a Social Democrat who thought it was inappropriate for the Resistance Movement to spread its message in a tourist town visited by families with young children.

Considering that the Social Democrats have transformed Sweden into a nightmare for families, with humiliation robberies and rapes being part of everyday life, it should rather be seen as inappropriate for a Social Democrat to have the nerve to show his face in public. The grouch subsequently walked off frustrated. 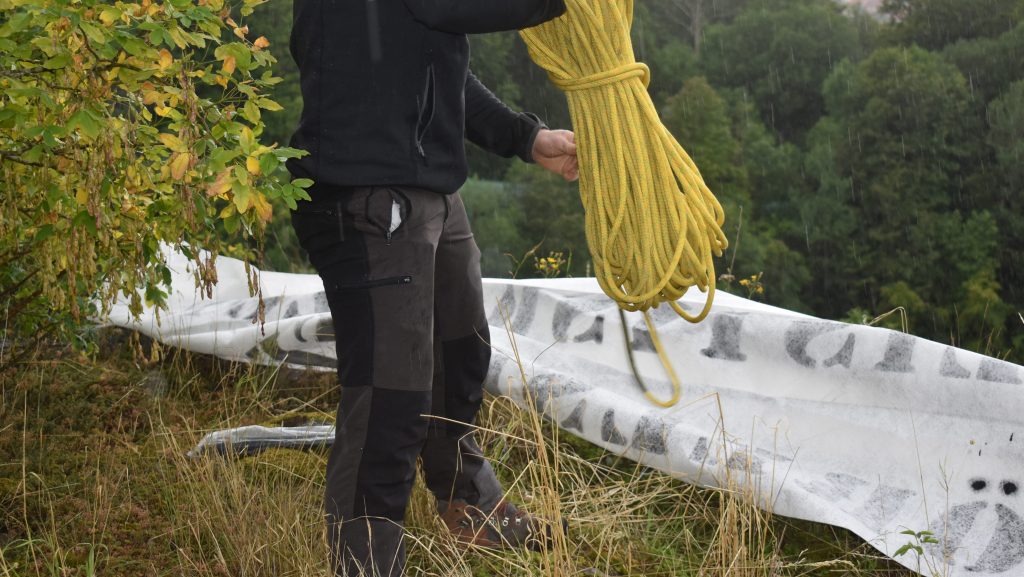 After the public action in Gränna was completed, the day continued with the next activity. The group travelled down to the outskirts of Huskvarna, where they abseiled down a rock face and put up a banner in a spot with good visibility from the whole town. 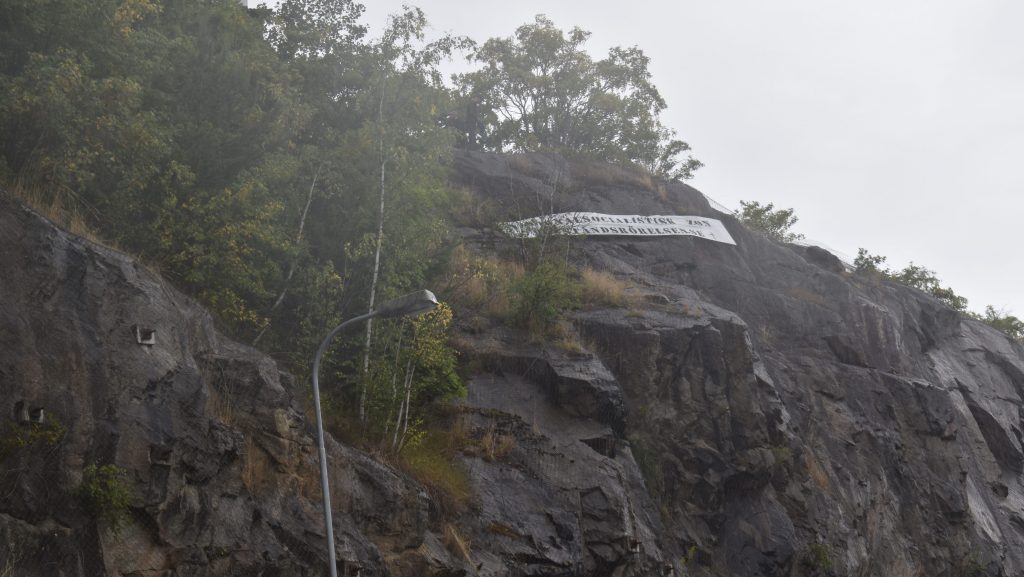 In conclusion, the day was very successful, and all the participants could say goodbye to one another with satisfaction before heading home.