ACTIVISM. On Saturday 27 July, activist group 203 were on the streets of Henån, in the Orust district of western Sweden, for a public activism session. 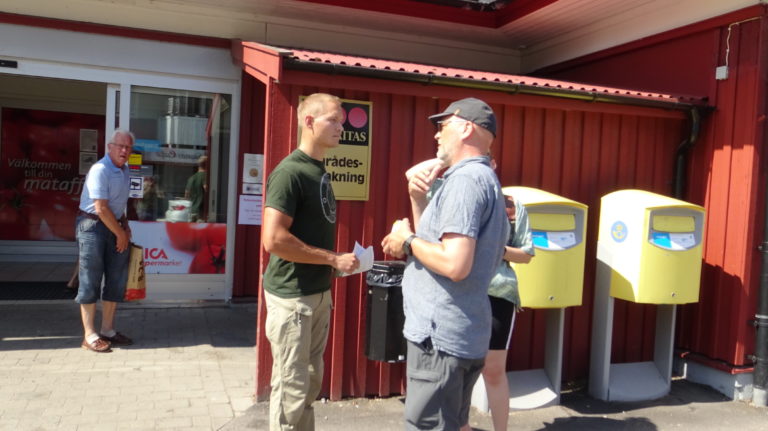 Under glorious sunshine, the activists positioned themselves beside two different shops and got the activity underway. As usual on the west coast in summertime, there were a lot of people out and about.

A number of discussions were had, including one with a Danish couple who thought democracy was fantastic and that there’s only one race (“the human race”). Apart from that, there were more positive than negative comments, and many leaflets were given out. 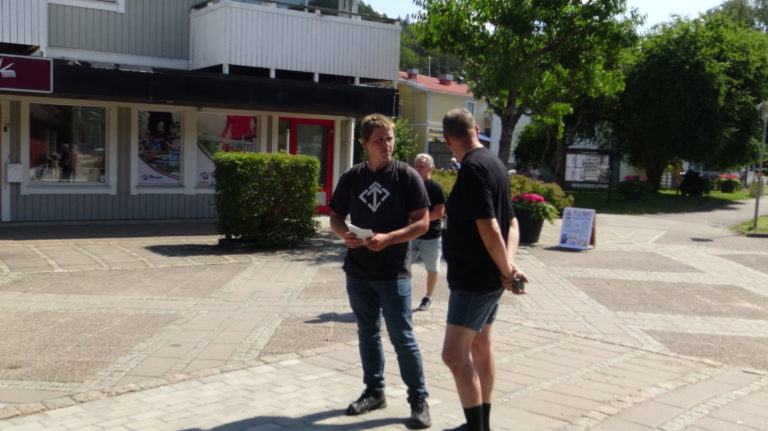 After close to two hours, the activity was concluded, and the activists went for a swim in the sea.

All in all it was another successful day in service to the struggle! 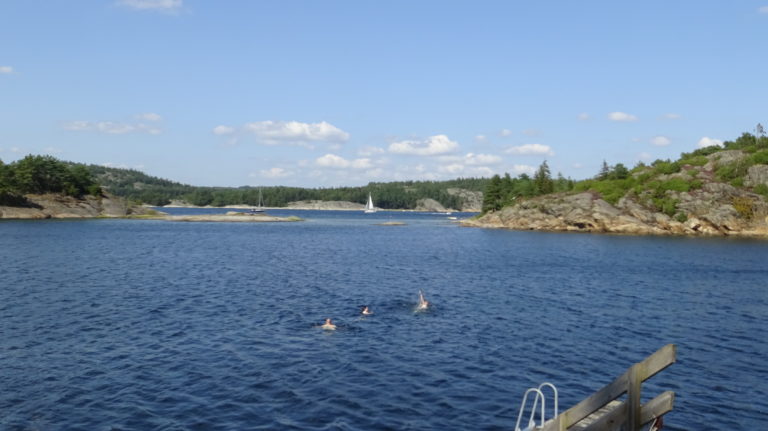