ACTIVISM. On Saturday, 24 April, a public activity was held in Filipstad in response to the Social Democrats’ decision to ignore a local referendum result.

On Saturday, 24 April, a public activity was held by Sweden’s Nest 5 in Filipstad. Activists and members went to a retail park to hand out leaflets and also stood at a roundabout with a banner. 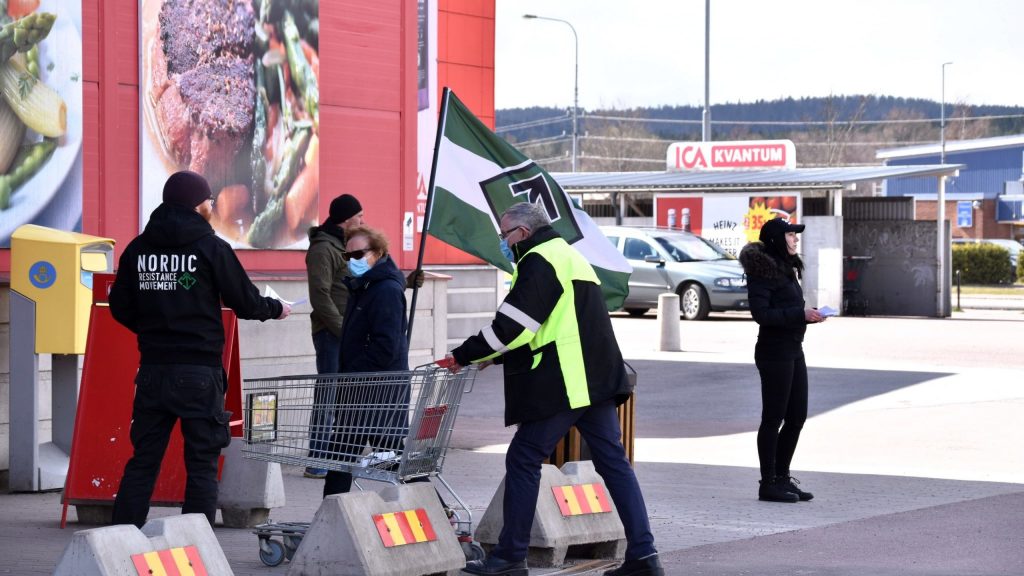 The action was in response to a Social Democratic party decision to ignore a referendum result – before it even took place. The matter in question concerned whether two schools in Filipstad should be merged together. This drew a strong public response, involving the collection of names for a referendum.

A referendum will still be held, but only after the contemptuous Social Democrats have completed the school merger. Thus, a predominantly Swedish school will be merged with an immigrant school, regardless of what the people think. 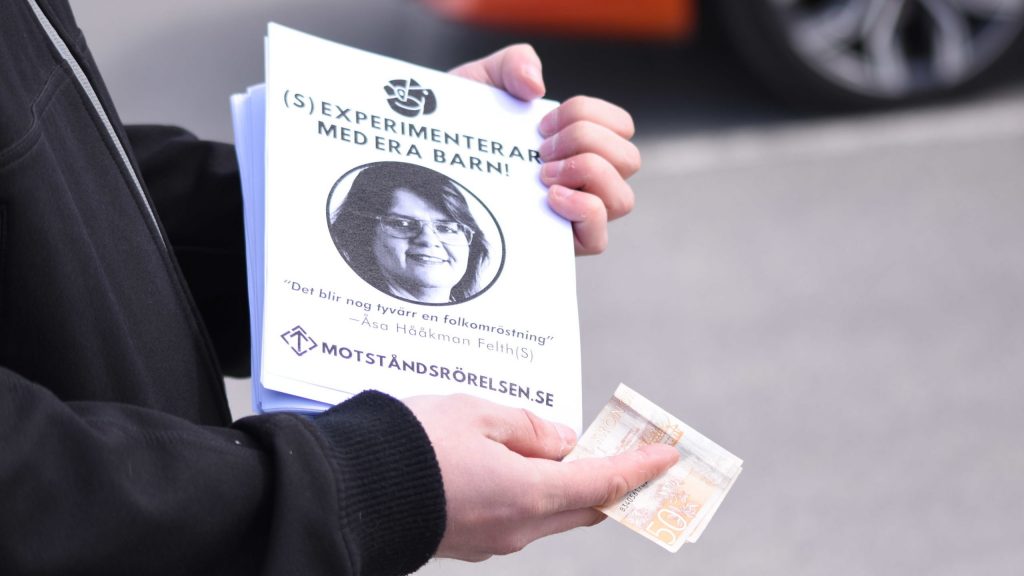 Because the activists were divided into smaller groups, the activity was able to take place despite the coronavirus regulations that limit the number of participants at a public gathering.

It was unusually windy on the day, which those standing with the banner at the roundabout were made very much aware of when the wind whipped repeatedly at the canvas.

The activity provoked a lot of reactions. Many motorists who passed the banner in the heavy traffic beeped their car horns happily or waved at the banner holders. 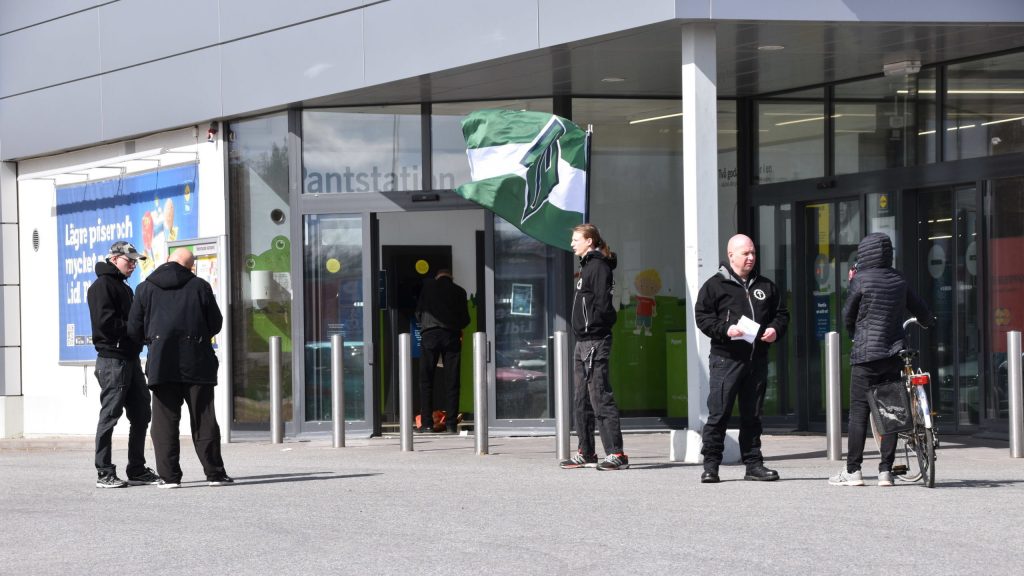 The leaflet distributors also had some discussions with members of the public who were going in and out of the stores.

Overall, the day was deemed successful. Filipstad has been visited by the Resistance Movement several times before, and the town can look forward to new activities in the future. 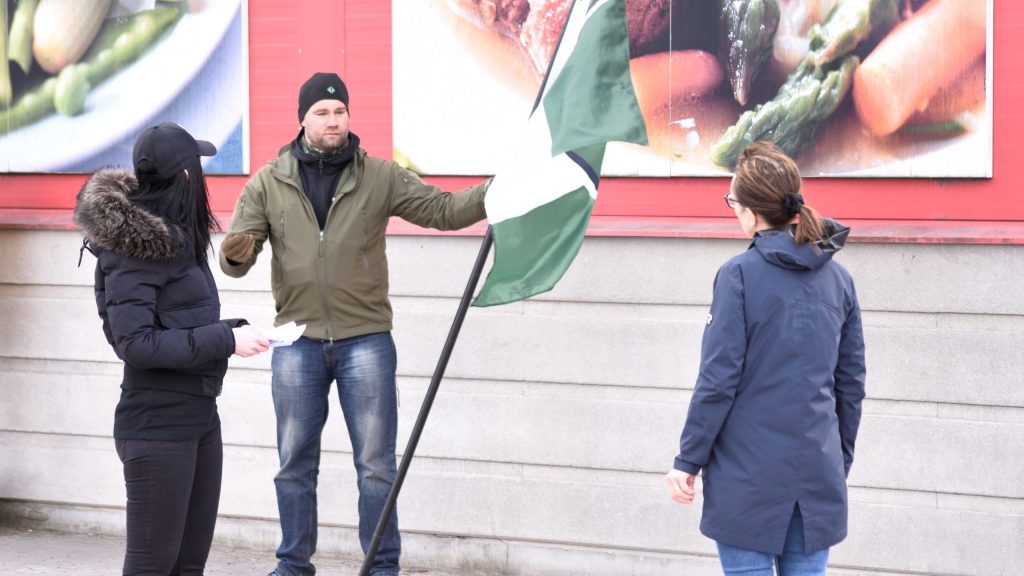