PUBLIC ACTIVITY. On Saturday, the 16th of February, it was time for Nest 8’s first major public leafleting session, which took place in Norrköping. 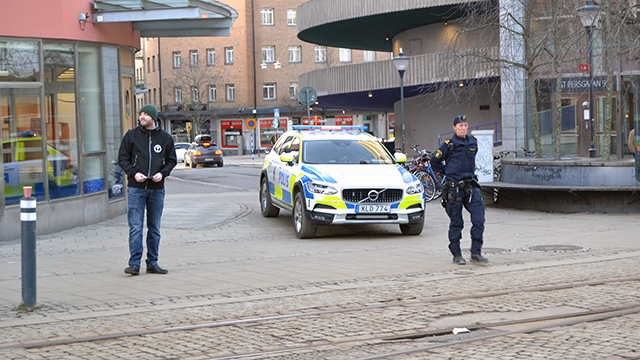 Equipped with two banners, the comrades spread out, positioning themselves around the town center. Radiant sunshine and the springtime weather drew people into town, so the town was bustling. The Resistance Movement’s new flyers were distributed in large quantities and, as usual, the response was mostly positive.

A lot of good discussions were conducted and the few provocative hostiles who tried to offend the activists were told off. One person was physically reprimanded after having attacked an activist and said that “fucking Nazis should not exist”. After being struck back, he was frightened and pulled on his headphones before leaving. 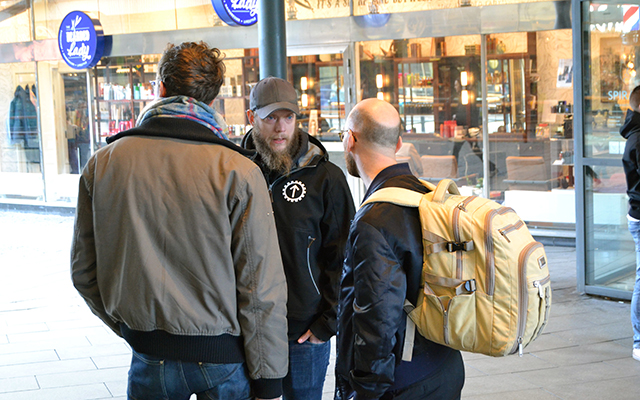 After a surprisingly long wait, just over an hour, the police arrived. The first policeman to arrive on site raved and acted like a fool, insisting he didn’t want to be filmed. More police officers, as well as security guards, quickly arrived on the scene and acted with the expected level of hostility. They tried to block in and provoke the members, which they obviously did not succeed in doing.

Many passers-by thought it was outrageous that the police would act in such a politicized fashion. A lone girl, however, thought that the police should have attempted to drive away the Resistance members and asked the paradoxically comical question “Why do you have to exist here, in a democratic society?”

After just over two hours, the activity was concluded and was considered very successful.