ACTIVISM. Activists from Sweden’s Nest 6 gathered to bring a festive Yuletide atmosphere to Christmas shoppers in Luleå on Saturday 18 December. 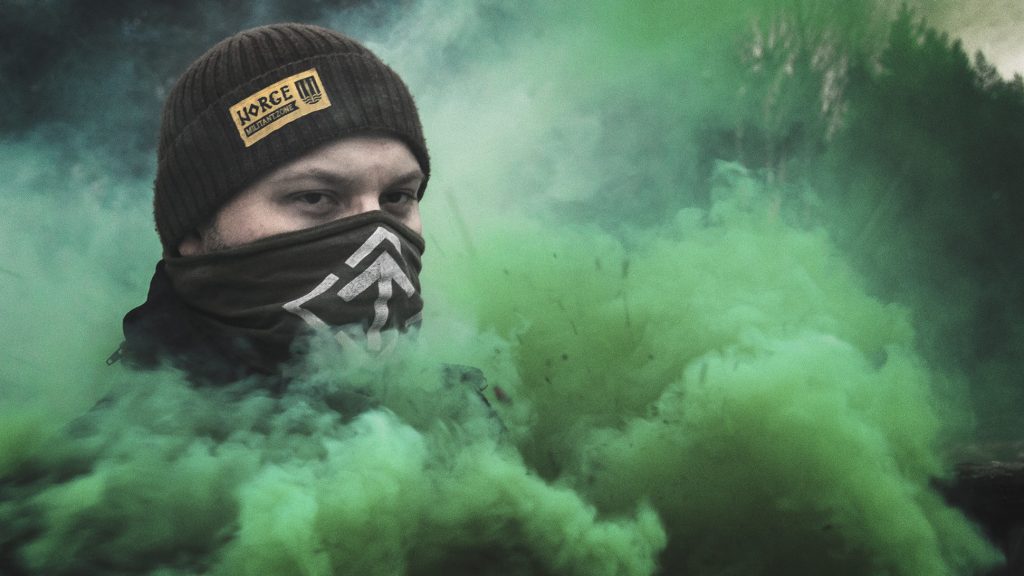 The aim of the action was to spread a healthy Christmas message to the people, in contrast to the superficial materialism and shopping anxiety that otherwise characterise Christmas for most people today. As such, it was decided to bring a banner with the text “Love Your People!”, to give consumers a reminder of what they should be spending their energy on instead.

The comrades also brought coffee and glögg (Nordic mulled wine), which were placed on a table and offered to passers-by, along with Christmas wishes. The group decided to take up positions on a bridge in the Storheden area, which is a focal point for the region’s shoppers and the location of numerous large retail stores. This meant a continuous stream of drivers were able to see the message on the banner. It should be noted that such long queues of cars are an unusual sight in northerly Norrbotten.

The action went very smoothly and calmly for the first few hours. However, the idea of loving one’s people does not appear to appeal to everyone, especially the system’s lackeys, who rolled up to the activists in a patrol car after the midwinter darkness had begun to descend over the area. 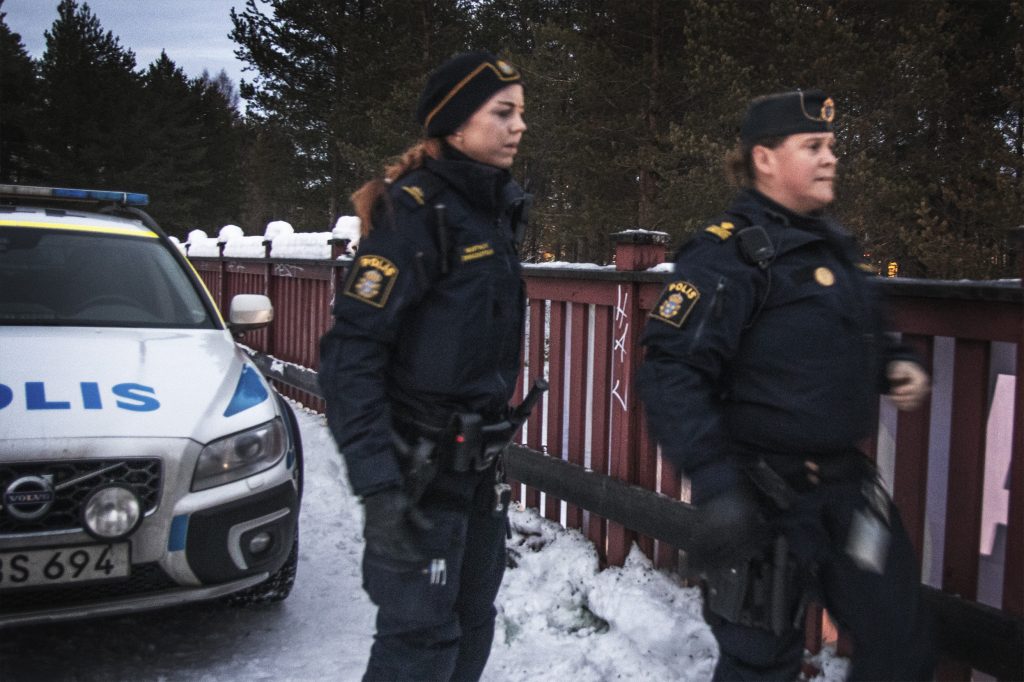 Out of the police car stepped two female constables, both wearing surly looks. They immediately started acting in an unpleasant and embarrassing way and questioned the activists about the banner. Initially, they demanded that the banner be seized as evidence of criminal activity, but after speaking with their superiors, they contented themselves with informing everyone present that they were suspected of illegal advertising and took their personal details, under threat of arrest. After their harassment was complete, the officers quickly got back in their car and drove off, presumably full of pride at having done their part for the country’s safety. 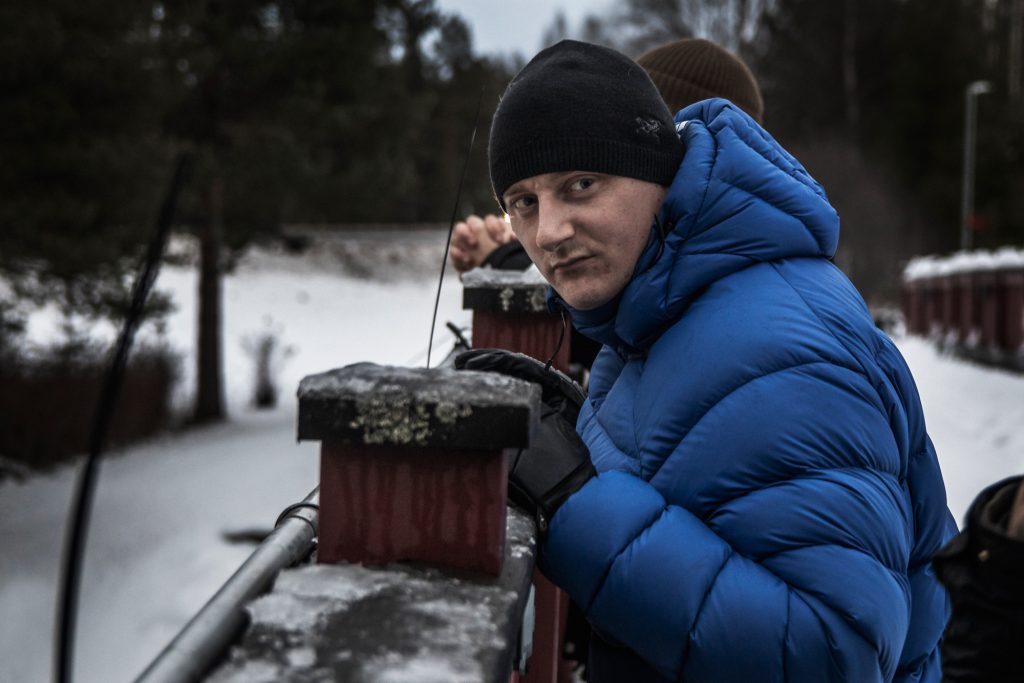 However, this minor incident did not concern the activists, who drank glögg amid merry conversation, before walking back to their cars with the banner, pleased with the successful action. 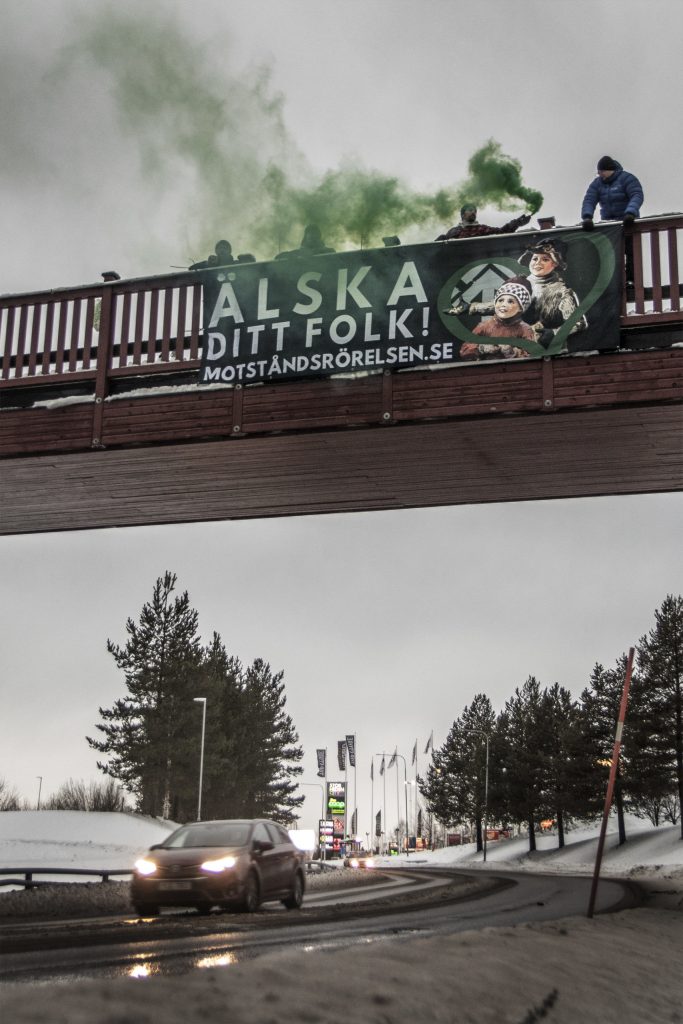 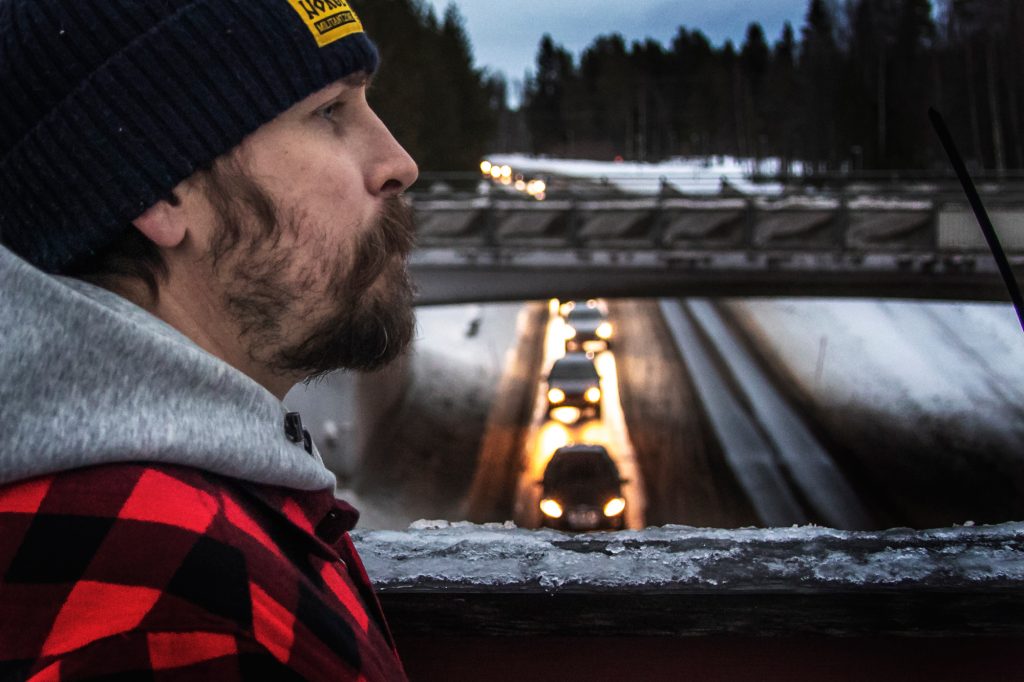