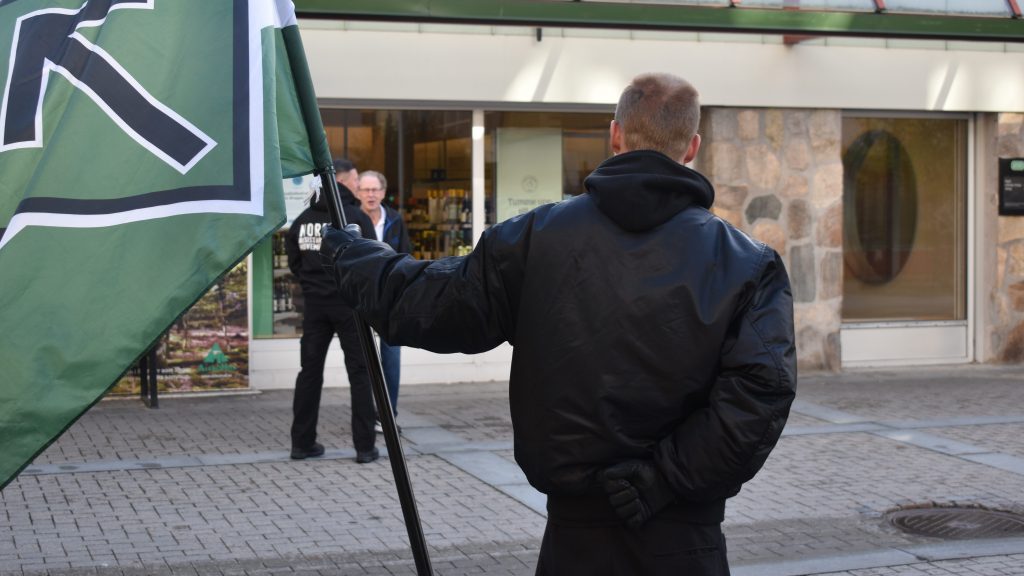 The comrades arrived in central Avesta at 11 a.m., taking up positions with a flag bearer and leafleters, and began handing out leaflets with the message White Lives Matter.

The activists were able to give out a lot of leaflets and had many productive conversations with the people of Alvesta. One activist talked with an older man who was a little sceptical at first, saying that he knows a Somalian who is good at his job. However, with the aid of some simple arguments, such as the Somalian being needed more at home in Somalia, and that Sweden actually belongs to the Swedes, a mutual understanding was quickly reached. 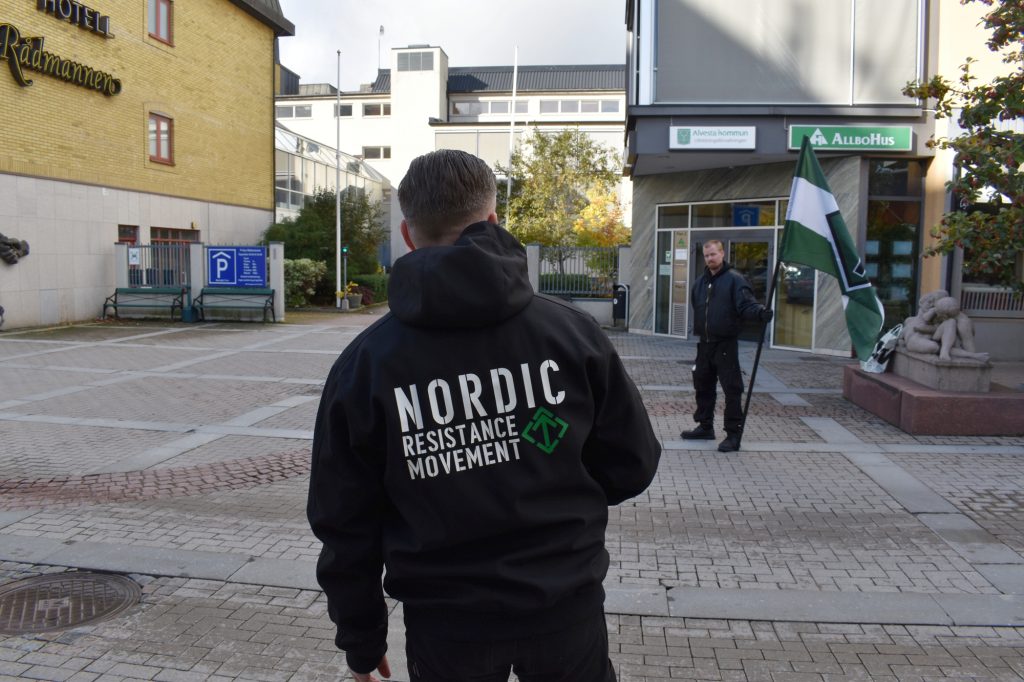 The Resistance men also had to endure some less pleasant conversations, including one with a teacher who refused to take a leaflet and told the leafleter to go back to school. The teacher was encouraged to acquire some knowledge outside of the indoctrination of the National Education System, a suggestion she dismissed with an arrogant loyalty to authority that is typical of the sad state of the Swedish teaching profession. 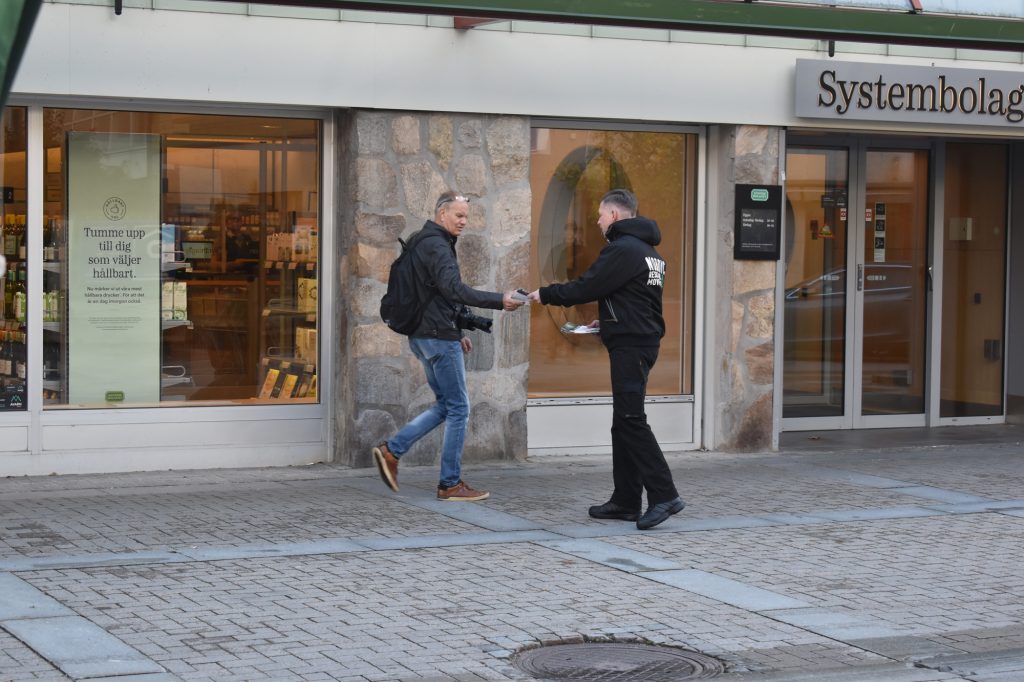 Unusually, the police did not show up, which meant the activity could be conducted without any disruption. The activity was later concluded after leaflets had been given out for a good while. 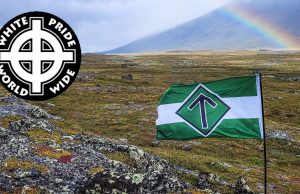